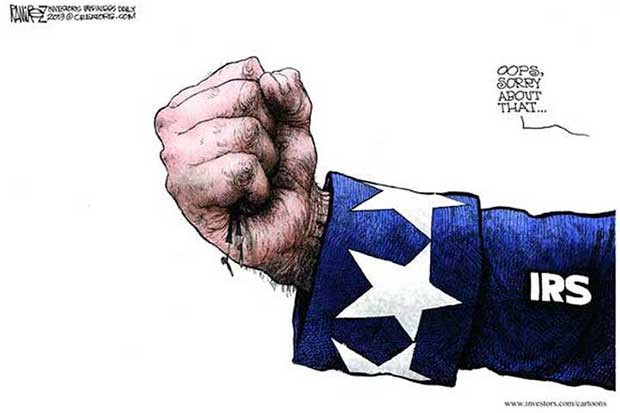 The Internal Revenue Service quietly proposed new regulations aimed at 501(c)(4) organizations during the Thanksgiving recess that Rep. Darrell Issa (R-CA), Chairman of the House Oversight Committee, called “a crass political effort by the Administration to get what political advantage they can, when they can.”

Tea Party groups and other conservative organizations were apparently singled out by the IRS starting in 2010, and the heavy hand of government suppression of these groups may have greatly attributed to Obama’s re-election, an American Enterprise Institute study revealed in October.

The Washington Post reported last week the Treasury Department said the new rules “may be both more restrictive and more permissive than the current approach.” The new rules focus on organizations known as “social welfare” groups that regulated within section 501(c)(4) of the tax code. Conservative political operations, liberal groups before them, began to organize under the 501 (c)(4) umbrella in the past ten years, and having such a tax status would allow these organizations from disclosing their donors.

A 54-year-old rule says that an organization can become a social welfare organization “if it is primarily engaged in promoting in some way the common good and general welfare of the people of the community.” The new IRS regulation now says “campaign-related political activity” cannot count towards a group’s social welfare mission. Such a regulation would discount numerous conservative advocacy groups either seeking for or wanting to maintain a 501(c)(4) tax status. According to the Post:

“The phone and e-mail exploded,” said Dan Backer, an Alexandria lawyer specializing in election law who represents many nonprofit groups on the right. “We are all going to spend a tremendous amount of time and energy fighting back against this.”

“The IRS is approaching this as, ‘We are giving you the right to speak and you are going to speak within the confines we tell you,’ ” Backer added. “And that’s wrong. This whole effort is simply a way to empower government to regulate speech.” …

“Treasury and the IRS drew a very deep and troubling line in the sand,” the Alliance for Justice, an association of more than 100 nonprofit groups on the left, said in a statement. “Though the new definitions attempt to clarify existing rules, they also create a danger to citizen participation in our democracy.”

Issa’s Committee has been investigating evidence this past year showing the IRS targeted Tea Party, religious, and other conservative organizations. In a statement released by Issa’s Committee office last week, the chairman said:

The Committee’s interim report into the IRS’s targeting scandal explained how the Citizens United decision caused the IRS to handle conservative tax-exempt applicants in a distinct and unfair manner. The regulation released today continues this Administration’s unfortunate pattern of stifling constitutional free speech.

Today by clarifying the confusing regulations governing the amount of political campaign activity that tax-exempt organizations can conduct, the Internal Revenue Service and the Treasury Department have taken another important step in implementing the recommendations made by the Inspector General earlier this year. Our investigation has shown that reforming these tax rules is essential, and I hope that we can put aside partisan politics and work together to ensure that these reforms work for everyone.

In the meantime, the Oversight Committee, according to Issa, continues to be stonewalled by the FBI over the Committee’s investigation into whether the IRS targeted the conservative group True the Vote. Issa is now threatening to subpoena FBI director James Comey to get the information he says Oversight needs.

Kerry Picket is an online producer and opinion writer for the Washington Times editorial page. Her work also appears at Breitbart.com.