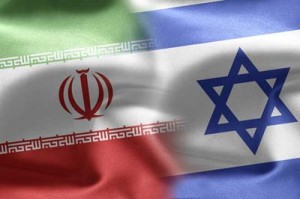 by Michele Chabin and Oren Dorell

A draft deal with Iran on its nuclear program that Israel asserted would imperil its very existence is the latest sign that Israel and longtime ally the United States are as far apart as ever on how to deal with growing threats in the Middle East.

Analysts say the Obama administration needs to take Israel’s fears seriously, while the White House insists it is doing what is best for the security of Israel, the United States and the Middle East.

Aaron David Miller, a former U.S. peace negotiator who has advised Democratic and Republican secretaries of State, said the rift may cause problems for the United States on multiple fronts, including a risk of dragging the United States into war with Iran.

“How this will play out is not clear,” Miller said. “I find it almost unimaginable this administration would conclude even an interim agreement with (Iranian President Hassan) Rouhani that left Israel angry and aggrieved and the relationship in even worse shape.”

Miller said Israeli frustration with the United States may have been greater at points in the past but he’d never seen Israeli ire expressed as publicly as has been done in recent days by Prime Minister Benjamin Netanyahu. Headlines in the Israeli press seem to agree.

“If there were a synoptic map for diplomatic storms, the National Weather Service would be putting out a hurricane warning right now,” said Haaretz diplomatic correspondent Chemi Shalev. “And given that the turbulence is being caused by an issue long deemed to be critical to Israel’s very existence, we may actually be facing a rare Category 5 flare up, a ‘superstorm’ of U.S.-Israeli relations.”

The United States has been pushing for a deal in talks in Geneva to end a standoff between Iran and the West over a nuclear program that the USA suspects is aimed at making an atomic bomb, a possibility that Israel considers a threat to its existence.

But Netanyahu said the deal appeared headed toward allowing Iran to maintain its nuclear capabilities and at the same time seriously undermine economic sanctions imposed on Iran by the West to get it to back down.

Before waiting for the proposal to be announced, Netanyahu lashed out at its promoters, saying it was a “very bad deal” that would give Iran all it wants and do nothing to ensure it ends its capability to make a bomb.

France apparently agreed and in a swift move it went public over the weekend to announce that it could not endorse the proposal. The move may have ended the momentum toward a deal, though talks are scheduled to resume Nov. 20.

The Iranian question is just the latest issue to severely fray relations between Israel and the United States in recent months, along with the U.S. decision to tackle Syria’s chemical weapons with diplomacy, and President Obama’s emphasis on the Israeli-Palestinian standoff as being the major problem facing the Middle East.

Israel complains that an increasingly radicalized Syria, the spread of Islamist ideology in Egypt and elsewhere, and a nuclear bomb in the hands of what Netanyahu has called “Islamofacist fanatics” in Iran are the real problems for the world in the Middle East.

Jonathan Rynhold, a senior researcher at Bar Ilan University’s Begin-Sadat Center for Strategic Studies, said the “crisis of trust” isn’t just between Israel and the U.S. Most Middle East countries, he said, believe that a nuclear-armed Iran “would undermine the balance of power that has served everyone so well over the years.”

If Iran becomes “a nuclear threshold” state, “Saudi Arabia will quickly obtain nuclear weapons from Pakistan,” which reportedly developed its own nuclear weapons with help from the Saudis, Rynhold said.

“Egypt is already looking to Russia to supply it with conventional weapons and will, no doubt, seek to obtain nuclear capability, as will Turkey.”

The breakdown over Iran came amid the extraordinary public barbs between the two longtime allies.

Israeli news media was in a frenzy over a “tense” meeting Friday between Netanyahu and U.S. Secretary of State John Kerry in Jerusalem. Kerry said publicly that people should not be “jumping to conclusions,” and White House spokesman Josh Earnest dismissed criticism from Israel for its “premature” comments on a deal not finalized.

Kerry also told Israel’s Channel 2 TV that Israel faced possible international isolation and violence with the Palestinians if his attempt to broker a peace deal for a Palestinian state failed.

An agitated Netanyahu lashed back that “no amount of pressure” would make Israel compromise on its basic security and national interests.

On Sunday it continued, with Netanyahu disclosing to his Cabinet he told Kerry in private that Israel would not wait to see what deal emerged with Iran and would continue to lobby European leaders to stop it unless it ended Iran’s program.

His stance had already prompted a personal call from Obama and a high-ranking delegation of U.S. officials led by Wendy Sherman, U.S. undersecretary for political affairs, was to arrive in Israel on Sunday to talk to Netanyahu on the negotiations, according to Israel’s Haaretz newspaper.

Kerry shot back on Sunday that world powers had come close to a good deal with Iran in Geneva, telling NBC’s Meet The Press in a taped interview that, “We are not blind, and I don’t think we’re stupid.”

But Israel says it’s mystified by the foreign policy of the United States.

Netanyahu on Sunday said he was telling Western leaders that the proposed deal was dangerous for the world and the USA, not just Israel. He insisted to CBS’s Face the Nation that the purpose of the Geneva negotiations is to get Iran to bend to the will of the U.N. Security Council demand that it remove the technology and material used for making a possible bomb.

Naftali Bennett, a member of Netanyahu’s security Cabinet, said Sunday that the way forward is to not lessen economic sanctions on Iran as the U.S-backed proposal would do, but to strengthen them. He suggested the Obama administration was backing off its original stand just so Iran will sign on to any agreement, and he praised other nations for opposing it.

“The deal needs to be the original deal which dismantles Iran’s entire war machine” he told Fox News. “Fortunately, France and other countries stopped this train,”

The French rebuke was stunning to those promoting the proposal. French Foreign Minister Laurent Fabius called the proposal a “sucker’s deal” that did not take the concerns of Iran’s “neighbors” into account.

Iran state TV lashed out at opponents, describing France as being Israel’s “representative” at the talks. Reuters reported Sunday that a Twitter account believed run by the office of Supreme Leader Ayatollah Ali Khamenei said: “French officials have been openly hostile towards the Iranian nation over the past few years; this is an imprudent and inept move.”

The sticking points, say European negotiators such as France, is whether to demand a shutdown of a reactor that could produce weapons-grade nuclear fuel, what to do about Iran’s stockpile of higher-enriched uranium, and how much relief from economic sanctions to give to Tehran before it does anything to its program.

Israel has made it clear that the world will only be safe if the West insists that Iran eradicate, not stall, its ability to develop nuclear weapons.

“We need to keep up the pressure on Iran to avoid a physical attack on Iran,” Bennett said, referring to a possible military strike to stop Iran’s nuclear program. “Now is the time to prevent a nuclear 9/11.”

But some suggested Israel and those with it are standing in the way of a U.S. attempt to end Iran’s nuclear aims peacefully.

“Blow number one against diplomacy today by the French,” tweeted Trita Parsi, president of the National Iranian American Council, a Washington-based group that opposes military action against Iran. “Next week, Congress will pass (new sanctions legislation against Iran). Blow Number 2.”

Former U.S. negotiator Miller agrees that the rift between the United States and Israel may have serious consequences and soon. The frayed relationship makes it harder to gain Israeli backing for a final deal with Iran and to prevent a unilateral Israeli military strike.

Such a strike, with or without Obama’s approval, would hike oil prices and threaten the U.S. economy, Miller said. And with the U.S. Navy’s 5th Fleet based in the Persian Gulf, it could cause the USA to be “dragged in and required to respond” to an Iranian counterattack, he said.

Rep. Trent Franks, a Republican from Arizona, warned that the president’s Israel policies – allowing Iran to dominate in Syria, insisting on a Palestinian state while the region is in turmoil, and offering Iran a deal that Israel clearly opposes – shows Obama and Kerry to be unsympathetic to Israeli security needs.

Michele Chabin and Oren Dorell are reporters for USAToday.