Freedom Centers Constitutional and Political Freedom Trusting the state is costing us our freedom ...

Trusting the state is costing us our freedom 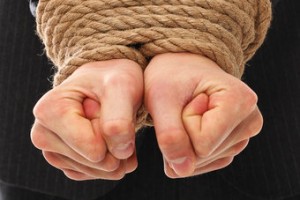 It is as if we learnt nothing from the 20th century about values that delivered a life worth living.

When exactly did the West stop referring to itself as the “Free World”? Presumably, it roughly coincided with the end of the Cold War. When that clear division between a totalitarian Eastern bloc, with its command economy and closed society, and the Atlantic model of individual liberty, gave way to a much messier and more ambiguous global picture — that must have been when the certainty of our commitment was lost. Perhaps because freedom does not seem under such imminent existential threat, nations that would once not have dreamt of trifling with its basic principles are taking cavalier risks.

Who would have thought that just a couple of decades after the collapse of those governments whose power was protected by an infamous army of secret police, the nations of the West, which had triumphantly seen them out, would be so complacent about mass surveillance operations? Or that the indiscriminate monitoring of millions of people’s communications would be accepted (almost) without complaint?

Some people in the Western democracies, of course, have not forgotten. Angela Merkel has made clear, to the excruciating embarrassment of the White House, that she has a vivid recollection of what it was like to live under the Stasi, and finds the attentions of the US National Security Agency (NSA) altogether too reminiscent. Barack Obama makes tactful diplomatic noises, but does he really sympathise? Does David Cameron — with his very British world-weary acceptance that everybody spies on everybody all the time, so let’s all grow up — really understand the terror of a life without privacy, without the true freedom that can only come with the sanctity of confidentiality, and a clear distinction between public and personal space? And surely this old assumption, that everybody had to spy on everybody else, is a relic of the Cold War — in which everybody’s agents had to be suspected of working for the other side — that ought to be up for reassessment.

But mostly, it is the dangers of a newly unstable world that are held responsible for this complacency about un-freedom. Paradoxically, we must now emulate the illiberal intrusion of the tyrannies we defeated a generation ago in order to protect ourselves from the nihilistic threats that have emerged to replace the old, more predictable danger that they presented. Maybe you are prepared to buy this. I personally find it hard to understand how bugging Mrs Merkel’s private mobile phone would be likely to produce information on the next al-Qaeda strike. Don’t we assume that if she were in possession of such information, she would pass it on? Or is Germany regarded as an untrustworthy ally?

The latest furore with which the Obama administration has had to contend is the allegation that the NSA spied on the Pope — or at least on the Vatican conclave that was in the process of electing him. I would enjoy hearing the explanation of just what relevance the selection of a new head of the Roman Catholic Church might have had to the threat of Islamist terrorism on the United States. (Or could this have been another throwback to the Cold War, when the Catholic clergy in Latin America did indeed have some active Marxists?)

Perhaps we should stop, just for a moment, talking pious codswallop about our brave security personnel being so determined to protect us that they must monitor everyone’s emails and mobile-phone traffic (even the heads of Nato countries), and consider the possibility that many of those engaged in the more surreal surveillance outreach programmes are getting carried away with the technology; that they might be doing what they do because they have discovered that they can, and because nobody has told them not to.

But not even the innocent bystanders who have become collateral damage in this security frenzy — ordinary members of the public for whom normal expectations of confidentiality seem to be lost for ever — are protesting much. The desire for absolute “safety”, however unattainable that might be, seems to have trumped the concept of liberty once and for all.

Nobody, in fact, seems very inclined even to ask the defenders of our security to justify what they are doing, except in the more adventurous organs of the press.

Which brings us to the next shocking development in the march of un-freedom. Would you have predicted that a generation after the ignominious demise of states in which people had to risk their lives to disseminate samizdat literature, in which nothing that was unacceptable to those in power could be published without fear of arrest, that a free society would embrace political oversight of the print media? But here we are. In a land in which robust, irreverent journalism and unflinching satirical commentary have been characteristic features for centuries — since the emergence of England as a full-blown parliamentary democracy, in fact — we have allowed politicians to seize oversight of the press.

Even though the excesses that genuinely caused innocent suffering and provoked outrage against sections of the newspaper trade (such as phone-hacking and the bribing of public officials for information) were already criminal acts that required no further government action in order to be prohibited, the British people have accepted this with equanimity. Because, apparently, they believe that if an identifiable group of people has behaved badly, the government must intervene — somehow — even if its interventions are superfluous or pernicious.

Economic freedom, as well as political liberty, is being traded in at a startling pace even in the US, where it was once the be-all and end-all of the American dream. US citizens are discovering that their president’s flagship health-care programme is going to force them to buy the sort of health insurance that he believes they should have rather than the (cheaper, less comprehensive) kind they had chosen for themselves. They may have been willing to take their chances with minimal coverage that would pay only for catastrophic events, but the government says no. In its paternalistic wisdom, it will insist (by law) that they pay for everything it thinks is desirable, whether they want it or not.

The principle of the ideological struggle with communism — that the power of the state was an inherent danger from which the individual must be protected — is being lost to memory. Government is always the custodian of virtue now, holding out against the wicked, self-serving forces of profit and private interests. It is as if we have learnt nothing from the history of the 20th century about which values and beliefs actually delivered a life that was worth living — and how much vigilance is required to preserve them.

Janet Daley is American-born, but has lived in Britain since 1965. She was educated at the University of California at Berkeley (BA in Philosophy), and Birkbeck College, London (post-graduate). She spent twenty years in academic life, teaching philosophy at the Open University, the external department of London University and the Royal College of Art. She wrote art and literary criticism from the late 1960s to early 80s, and left teaching to become a freelance journalist in 1987, writing for The Times, Sunday Times, Independent, Sunday Telegraph, and Spectator.