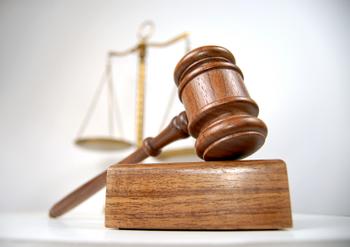 While we should expect the upcoming presidential campaign to focus on traditional issues of the economy, taxes, foreign policy, trade, and immigration — as well as the elephant in the room that is Donald Trump — criminal-justice reform has become a surprisingly hot topic on the campaign trail.

At one point, every presidential candidate pretended he was running for sheriff. “Tough on crime” was considered the ultimate badge of honor — in both parties. Bill Clinton even rushed home during his campaign to execute a mentally disabled murderer. Times have clearly changed.

This is in part due to the growing evidence of racial and class inequities within the criminal-justice system. Studies also show that failures within our criminal-justice system contribute to poverty and dependence. A recent YouGov poll conducted on behalf of the Cato Institute found that 22 percent of the unemployed and 23 percent of people on welfare had been unable to find a job because of a criminal record. Scholars at Villanova have concluded that mass incarceration increases the U.S. poverty rate by as much as 20 percent. It has also become clear that overcriminalization and mass incarceration have not necessarily made us safer. Support for criminal-justice reform now cuts across party lines.

But there is also a large degree of politics behind the sudden importance of criminal-justice reform on the campaign trail. Most important, Democratic front runner Joe Biden is perceived as being vulnerable on the issue. Biden’s supported and partially wrote the 1994 Violent Crime Control and Law Enforcement Act, which led to an increase in incarceration — especially among African Americans. He also supported and sponsored several pieces of legislation that enhanced sentencing for drug-related crimes, once again contributing to the mass incarceration of minorities.

Even President Trump has taken the opportunity to tweak Biden on the issue, tweeting, “Anyone associated with the 1994 Crime Bill will not have a chance of being elected. In particular, African Americans will not be able [sic] to vote for you. I, on the other hand, was responsible for Criminal Justice Reform, which had tremendous support, and helped fix the bad 1994 Bill!” And in a second tweet, Trump noted that “Super Predator was the term associated with the 1994 Crime Bill that Sleepy Joe Biden was so heavily involved in passing. That was a dark period in American History, but has Sleepy Joe apologized? No!”

Trump is not exactly the best messenger on this front, given his at least implied support for police abuses. But he is correct that he signed the FIRST STEP Act, the first important federal prison and criminal-justice reform in many years. As a policy, it was modest stuff, but it symbolically highlighted the changing politics of the issue.

Biden is not the only one with vulnerabilities on criminal justice. During her time as a prosecutor, Kamala Harris vigorously enforced California’s three-strikes law, actively pursued drug users and sex workers, and even prosecuted the parents of truant children. She was also an outspoken supporter of asset forfeiture and the use of solitary confinement in prisons. She backed capital punishment and resisted calls to investigate some police shootings.

So far, she has responded by apologizing for her past positions, now saying, “Too many black and brown Americans are locked up. From mass incarceration to cash bail to policing, our criminal-justice system needs drastic repair.” She has also sponsored the Equal Defense Act, which increases funding for public defenders. Still, criminal-justice activists have remained critical, complaining that she has ducked specific reform proposals.

Other Democrats also have hurdles to overcome. Bernie Sanders, for instance, voted for the 1994 crime bill, although he had a much lower profile than Biden. And, like Harris, Senator Amy Klobuchar also has a background as a prosecutor. Her low poll standing has kept it from becoming an issue yet, but she may eventually face some tough questions about her actions in that office. Even South Bend mayor Pete Buttigieg has faced scrutiny over his handling of police-abuse complaints during his tenure as mayor.

On the other hand, candidates such as Cory Booker, Elizabeth Warren, and Beto O’Rourke are better positioned on the issue. Booker, in particular, has championed justice reform. He has introduced the Next Step Act, which would expand upon the FIRST STEP Act. Booker is also calling for cutting minimum drug sentencing in half, legalizing marijuana, removing barriers to entry in the job market for those with felony records, and reinstating the right of felons to vote in federal elections.

Beto pushed for criminal-justice reform during his Texas Senate campaign and has reiterated his support during his presidential campaign. During his Texas campaign, he stated that he would like Texas to lead the way on criminal-justice reform. He supports ending cash bail at the state level, making for-profit prisons illegal, ending mandatory-minimum sentencing for nonviolent drug offenses, and legalizing marijuana.

Warren has been far less specific, mostly limiting herself to rhetoric about the “racist” criminal-justice system. For a candidate whose claim to fame is “I have a plan for that,” she is remarkably vague on this issue. Still, she carries far less past baggage than others, leaving her an opening.

With more than two dozen candidates in the Democratic primary and a general election that is looking extremely close, even secondary issues could play an outsized role in deciding the outcome. Keep your eyes on criminal-justice reform.