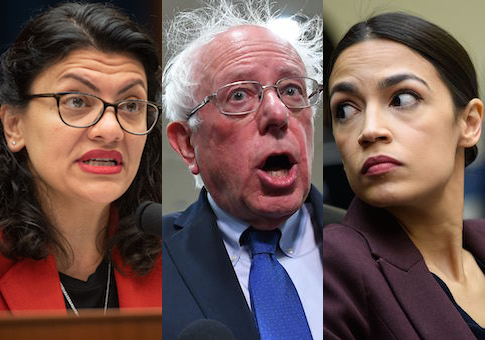 The United States of America has flummoxed socialists since the nineteenth century. Marx himself couldn’t quite understand why the most advanced economy in the world stubbornly refused to transition to socialism. Marxist theory predicts the immiseration of the proletariat and subsequent revolution from below. This never happened in America. Labor confronted capital throughout the late nineteenth century, often violently, but American democracy and constitutionalism withstood the clash. Socialist movements remained minority persuasions. When Eugene V. Debs ran for president in 1912, he topped out at 6 percent of the vote. Populist third-party candidates, from George Wallace in 1968 (14 percent) to Ross Perot in 1992 (19 percent) have done much better.

Keep this in mind when you read about the rebirth of socialism. Yes, Bernie Sanders and Alexandria Ocasio-Cortez are household names. Membership in the Democratic Socialists of America (DSA) has spiked since 2016. Forty percent of Americans told Gallup last month that “some form of socialism” would be “a good thing for the country.” Media are filled with trend pieces describing the socialist revival. A recent issue of The Economist devoted the cover package to “Millennial socialism.” The current New Republic includes four articles about “the socialist moment.” In March, New York magazine asked, “When did everyone become a socialist?”

That question tells you more about the editors of New York than the country itself. As Karlyn Bowman of the American Enterprise Institute has observed, views toward socialism are stable. In 2010, 36 percent of respondents to the Gallup poll had a positive view of socialism. In 2018 the number was 37 percent. In 2009, 23 percent told the Fox News poll, “Moving away from capitalism and more toward socialism would be a good thing.” In 2019 the number was 24 percent. Fifty-four percent said it would be a bad thing. Gallup found that less than half of America would vote for a socialist candidate.

Socialism is in vogue because no one is sure what it is. The classic definition of abolishing private property, a planned economy, and collective ownership of the means of production no longer applies. More people today believe that socialism means “equality” than “government control.” Six percent told Gallup that socialism is “talking to people” or “being social.” The same Gallup poll that found 40 percent of the public has a positive view of socialism, however you define it, also discovered large majorities in favor of the free market leading the way on innovation, the distribution of wealth, the economy overall, and wages, and smaller majorities for free-market approaches to higher education and health care. Americans are very bad socialists.

And socialists know it. That’s why their most prominent spokesmen frame their domestic agendas in the language of the welfare state and social democracy, even as they celebrate, excuse, or defend socialist authoritarians abroad. Sanders told NPR in March, “What I mean by democratic socialism is that I want a vibrant democracy.” Okay, then—who doesn’t? The following month he told Trevor Noah that socialism “means economic rights and human rights. I believe from the bottom of my heart that health care is a human right. … To be a democratic socialist means that we believe—I believe—that human rights include a decent job, affordable housing, health care, education, and, by the way, a clean environment.” But this is not so different from FDR’s conception of the “four freedoms.” So what differentiates Sanders from a New Deal Democrat?

The less prominent socialists are somewhat more specific. Article II of the constitution of the DSA, to which Ocasio-Cortez and Rashida Tlaib belong, states: “We are socialists because we share a vision of a humane social order based on popular control of resources and production, economic planning, equitable distribution, feminism, racial equality, and non-oppressive relationships.” That is closer to the traditional definition of socialism—a definition that implies a set of institutional arrangements that inevitably would limit freedom of choice.

“Our task is formidable. Democratic socialists must secure decisive majorities in legislatures while winning hegemony in the unions,” writes Bhaskar Sunkara, editor of Jacobin magazine, in his Socialist Manifesto. “Then our organizations must be willing to flex their social power in the form of mass mobilizations and political strikes to counter the structural power of capital and ensure that our leaders choose confrontation over accommodation with elites.”

Good luck with that. Before they seize control of the unions—which represent a paltry 11 percent of U.S. workers—today’s socialists will have to overcome the same barriers that thwarted their predecessors. Nowhere has “American exceptionalism” been more evident than in the fact that the United States has been the only country without a major socialist, social democratic, or Communist party. The articles celebrating the rise in DSA membership to more than 40,000 fail to mention that there are tens of millions of Republicans and Democrats. Socialist politicians, activists, and theorists neglect the shaggy-dog history of their persuasion in the United States. The historical examples in Sunkara’s book are almost entirely drawn from Europe. It’s as if history began with Sanders’s candidacy in 2016.

In fact, socialists have recognized the difficulty they face in the United States for over a century. In 1906 the German sociologist Werner Sombart devoted a monograph to answering the question, Why Is There No Socialism in the United States? Sombart noted the comparatively high and rising standard of living of American workers. “On the reefs of roast beef and apple pie,” he said, “socialistic Utopias of every sort are sent to their doom.”

Even when the time is ripe for a Socialist movement, it can only produce one when the working people form a certain cultural unity, that is, when they have a common language, a common history, a common mode of life. This is the case in Europe, but not in the United States. Its factories, mines, farms, and the organizations based on them are composite bodies, containing the most heterogeneous elements, and lacking stability and the sentiment of solidarity.

When it comes to preventing socialism, diversity really is our strength.

The two-party system marginalizes small, independent parties and accommodates rising tendencies and programs within preexisting electoral coalitions. Most important of all, the Constitution decentralizes and diffuses power, making it extremely difficult to expand drastically the power of the state in the name of social justice.

In 1967, Daniel Bell offered an additional explanation for the weakness of American socialism: “At one crucial turning point after another,” he wrote in Marxian Socialism in the United States, “when the socialist movement could have entered more directly into American life—as did so many individual socialists who played a formative role in liberal political development—it was prevented from doing so by its ideological dogmatism.”

All of these various obstacles remain in place. In January, Gallup found that 77 percent of Americans are happy “with the overall quality of life in the U.S.” Sixty-five percent are satisfied with the “opportunity for a person to get ahead by working hard.” Fifty-three percent like the “influence of organized religion.” We have the best employment situation in half a century. Real disposable income continues to rise. Last year the Congressional Budget Office reported that all Americans have enjoyed an increase of post-tax income since 1979. “It’s doubtful that most Americans would prefer to revert to the world as it was in 1979,” wrote Robert Samuelson, “a world without smartphones, the Internet, most cable television, or laparoscopic surgery,” and with the Soviet Union.

The United States is far more heterogeneous than it was 40 years ago. The success of identity politics and “woke capitalism” underscores the difficulty of making the sort of class-based appeals Sanders learned at meetings of the Young People’s Socialist League. Americans put their familial, racial, ethnic, and religious attachments ahead of membership in an income or occupational group. Besides, some 70 percent of America considers itself middle class.

One of the reasons the socialist and socialist-curious candidates in the Democratic primary have been arguing against the Electoral College and for expanding the Supreme Court is they understand the challenge the Constitution poses to their dreams. The type of centralization and bureaucratic administration socialism requires is incompatible with a system of federalism, checks and balances, and enumerated powers. Fortunately, structural change is extremely difficult in our vast and squabbling country. It was meant to be.

The self-defeating tendencies toward radicalism and sectarianism are also visible. Expanding government to provide more resources to the poor is popular; eliminating private and employer-based insurance is not. Protecting the environment and reducing carbon emissions is popular; abolishing air travel and declaring war on cows is not. More money for teachers is popular; freezing support for charter schools, as Sanders called for this week, is not. DSA member Doug Henwood writes in the New Republic of a split emerging within the organization between “Bread and Roses” and the “Socialist Majority Caucus.” The narcissism of small differences has doomed such movements in the past.

Note also that Sanders has faded in recent weeks after Democratic voters encountered a viable non-socialist alternative in Joe Biden. Ocasio-Cortez’s favorability is underwater. Medicare for All polls well with voters in the abstract—when they assume it means simply more of the current Medicare program—but support falls as soon as they hear about the conformity and control it will entail.

The good news is America contains antibodies against socialism. As Seymour Martin Lipset and Gary Marks wrote in 2000, “Features of the United States that Tocqueville, and many others since, have focused on include its relatively high levels of social egalitarianism, economic productivity, and social mobility (particularly into elite strata), alongside the strength of religion, the weakness of the central state, the earlier timing of electoral democracy, ethnic and racial diversity, and the absence of feudal remnants, especially fixed social classes.” The title of Lipset and Marks’s book is It Didn’t HappenHere. And as long as we uphold and defend the political and cultural elements that make America exceptional, it won’t.