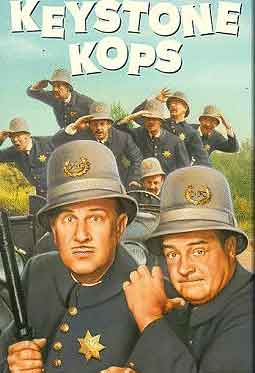 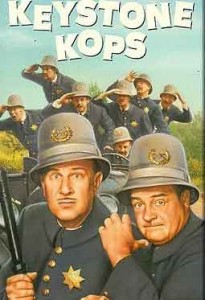 Canadians may be preternaturally measured and polite, but they simply can’t believe how they’ve been treated by President Obama — left hanging humiliatingly on an issue whose merits were settled years ago.

Canada, the Saudi Arabia of oil sands, is committed to developing this priceless resource. Its natural export partner is the United States. But crossing the border requires State Department approval, which means the president decides yes or no.

After three years of review, the State Department found no significant environmental risk to Keystone. Nonetheless, the original route was changed to assuage concerns regarding the Ogallala Aquifer. Obama withheld approval through the 2012 election. To this day he has issued no decision.

The Canadians are beside themselves. After five years of manufactured delay, they need a decision one way or the other because if denied a pipeline south, they could build a pipeline west to the Pacific. China would buy their oil in a New York minute.

Yet John Kerry fumblingly says he is awaiting yet another environmental report. He offered no decision date.

If Obama wants to cave to his environmental Left, he should go ahead. But why keep Canada in limbo? It’s a show of supreme and undeserved disrespect for yet another ally. It seems not enough to have given the back of the hand to Britain, Israel, Poland, and the Czech Republic, and to have so enraged the Saudis that they actually rejected a Security Council seat — disgusted as they were with this administration’s remarkable combination of fecklessness and highhandedness. Must we crown this run of diplomatic malpractice with gratuitous injury to Canada, our most reliable, most congenial friend in the world?

And for what? This is not a close call. The Keystone case is almost absurdly open and shut.

Even if you swallow everything the environmentalists tell you about oil sands, the idea that blocking Keystone will prevent their development by Canada is ridiculous. Canada sees its oil sands as a natural bounty and key strategic asset. Canada will not leave it in the ground.

And Alberta oil can still go to the U.S., if not by pipeline then by rail, which requires no State Department approval. That would result in far more greenhouse-gas emissions — exactly the opposite of what the environmentalists are seeking.

Moreover, rail can be exceedingly dangerous. Last year a tanker train derailed and exploded en route through Quebec. The fireball destroyed half of downtown Lac-Mégantic, killing 47, many incinerated beyond recognition.

This isn’t theoretical environmentalism. This is not a decrease in snail-darter population. This is 47 dead human beings. More recently, we’ve had two rail-oil accidents within the U.S., one near Philadelphia and one in North Dakota.

Add to this the slam-dunk strategic case for Keystone: Canadian oil reduces our dependence on the volatile Middle East, shifting petroleum power from OPEC and the killing zones of the Middle East to North America. What more reliable source of oil could we possibly have than Canada?

Keystone has left Canada very upset, though characteristically relatively quiet. Canadians may have succeeded in sublimating every ounce of normal human hostility and unpleasantness by way of hockey fights, but that doesn’t mean we should take advantage of their good manners.

The only rationale for denying the pipeline is political — to appease Obama’s more extreme environmentalists. For a president who claims not to be ideological, the irony is striking: Here is an easily available piece of infrastructure — privately built, costing government not a penny, creating thousands of jobs and, yes, shovel ready — and yet the president, who’s been incessantly pushing new “infrastructure” as a fundamental economic necessity, can’t say yes.

Well then, Mr. President, say something. You owe Canada at least that. Up or down. Five years is long enough.

Charles Krauthammer is a nationally syndicated columnist and his columns appear in the Washington Post.