Freedom Centers Science and Public Policy Krauthammer: The idea that climate change is a cl ...

Krauthammer: The idea that climate change is a closed issue is “arrogant and anti-scientific” 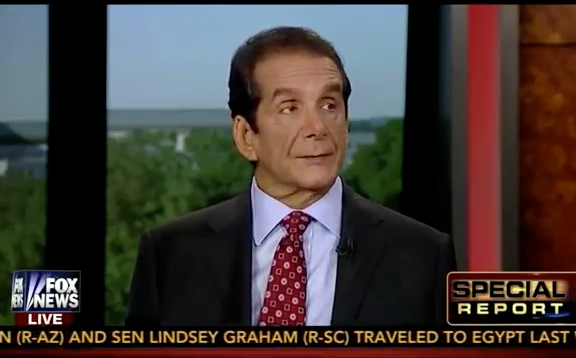 Charles Krauthammer on Interior Secretary Sally Jewell saying “I hope there are no climate change deniers in the Department of Interior.”

Charles Krauthammer: [I]t is shockingly arrogant and anti-scientific. The idea that science is closed, that science is settled and that anybody who brings evidence or questions is somehow a flat-earther is appalling.

Freeman Dyson, who is one of the great physicists of our time, he’s a climate skeptic, he has more IQ in his pinky than the entire political echelon of the EPA put together, and they are saying this man is a scientific illiterate? The entire idea of science is that you are open to contrary evidence, it is the definition of a scientific theory. And particularly, climate science which is young, it’s new, built on all kinds of assumptions, and data which contradicts each other — the idea that it is a closed issue is incredibly unscientific and arrogant and that these bureaucrats and political hacks are decreeing this, I think is scandalous. (FoxNews, Special Report, August 16, 2013)