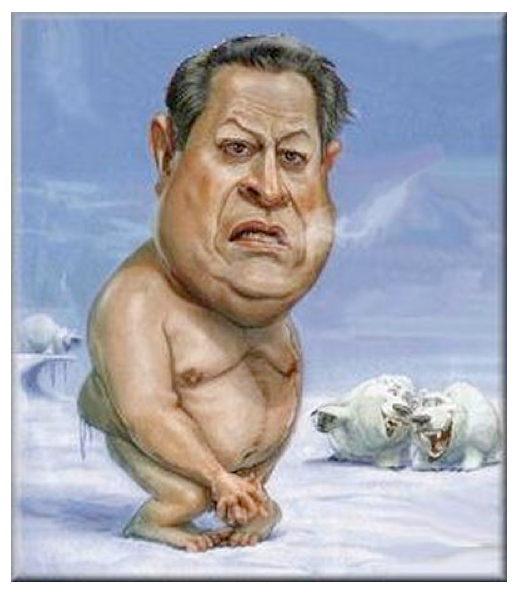 The National Oceanic and Atmospheric Administration recently released its “State of the Climate in 2012” report, which states that “worldwide, 2012 was among the 10 warmest years on record.”

But the report “fails to mention [2012] was one of the coolest of the decade, and thus confirms the cooling trend,” according to an analysis by climate blogger Pierre Gosselin.

“To no one’s surprise, the report gives the reader the impression that warming is galloping ahead out of control,” writes Gosselin. “But their data shows just the opposite.”

Although the NOAA report noted that in 2012, “the Arctic continues to warm” with “sea ice reaching record lows,” it also stated that the Antarctica sea ice “reached a record high of 7.51 million square miles” on Sept. 26, 2012.

And the latest figures for this year show that there’s been a slowdown of melting in the Arctic this summer as well, with temperatures at the North Pole well below normal for this time of year. Meteorologist Joe Bastardi calls it “the coldest ever recorded.”

The Associated Press had to retract a photo it released on July 27 with the caption, “The shallow meltwater lake is occurring due to an unusually warm period.”

“In fact, the water accumulates in this way every summer,” AP admitted in a note to editors, adding that the photo was doubly misleading because “the camera used by the North Pole Environment Observatory has drifted hundreds of miles from its original position, which was a few dozen miles from the pole.”

NOAA also reported that the “average lower strastospheric temperature, about six to ten miles above the Earth’s surface, for 2012 was record or near-record cold, depending on the dataset” even while the concentrations of greenhouse gases, including carbon dioxide, continued to increase.

“Even with all this data manipulation, the trend is down as shown by this Hadley global plot,” writes Joseph D’Aleo, former director of meteorology at The Weather Channel. (See D’Aleo – Real Story About Temps.pdf)

“Last year was the 8th warmest but 7th coldest since 1998. They explain it away with the predominance of La Ninas or a solar blip, but say it was the warmest decade nonetheless, so stop questioning us,” he said.

On August 7th, the Danish newspaper Jyllands-Posten quoted Irish solar expert Ian Elliott predicting that lower levels of sunspot activity over the next few years “indicates that we may be on the path to a new little ice age.”

“If you think scientists just couldn’t get any more incompetent, then think again. NOAA scientists even appear to believe that cold events are now signs of warming,” Gosselin points out.

“When one carefully reads the report, we find that the NOAA findings actually do confirm precisely what the skeptics have been claiming all along:

1. The Earth has stopped warming.

2. The climate models exaggerated future warming [caused by] CO2 climate sensitivity is much lower than we first thought.

“That’s the real issue at hand,” he added.

Barbara Hollingsworth is a writer for CNSNews.com.