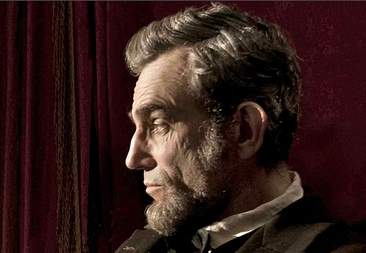 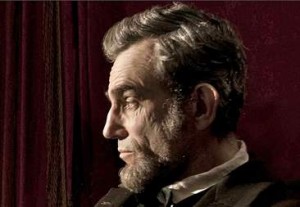 Steven Spielberg’s Lincoln, portraying the president’s battle to abolish slavery at the end of the Civil War, illustrates one of the fundamental paradoxes inherent in constitutional democracy: that sometimes high principle can be vindicated only through low politicking. In the last week, myriad political commentators have explored the implications and applications of that point. But by focusing on “Lincoln the politician,” this debate assumes, or at least presumes, an even more significant paradoxical truth: That very political system needed to secure our liberties is sustainable only because the government is empowered to violate our liberties.

“I am the president of the United States, clothed in immense power,” Spielberg’s Lincoln thunders to his assistants, desperate to win passage of the antislavery Thirteenth Amendment. “You will procure me these votes.”

Political commentators have reflected on Lincoln’s power strictly in terms of domestic politics. “Spielberg’s ‘Lincoln’ gets this point,” writes David Brooks. “The challenge of politics lies precisely in the marriage of high vision and low cunning. .  .  . The hero has a high moral vision, but he also has the courage to take morally hazardous action in order to make that vision a reality.” Through that lens, Lincoln shines a light on the actors and issues and actors of our time: public debt and immigration, according to the Washington Post’s Michael Gerson; the fiscal cliff, according to Bloomberg’s Al Hunt; Obamacare, according to MSNBC’s Chris Hayes.

This is, to be sure, a worthwhile discussion. And a well-timed one: Exhausted from a seemingly endless presidential campaign, and looking ahead to a lame-duck session devoted to debating taxes and spending, the public needs now more than ever to be reminded that ordinary politics are a noble undertaking.

But by his own admission, Spielberg was able to convey this story only by drastically truncating the film’s breadth—not Lincoln’s entire life, not even his presidency and the Civil War, but instead a single political fight lasting four months. This truncated story achieves Spielberg’s aim of conveying the gravity of Lincoln’s principles and his political prowess, but not without cost: “By leaving out (or fleetingly referencing) what came before and after,” Ross Douthat observes, the film “does, indeed, sacrifice some very important realities that complicate the movie’s portrait of the past.”

And that sacrifice is immense. By focusing on Lincoln the politician, we too easily forget that Lincoln could not politick in 1865 without first preserving the government itself. And that, in turn, required Lincoln to wield the most controversial political weapon known to our nation’s history and Constitution: unilateral presidential power.

By late 1864 and early 1865, when the film’s events take place, the Union’s continued viability could be taken for granted. The war had not yet ended, but the end was in sight, such that Lincoln could speak in his Second Inaugural Address of “striv[ing] on to finish the work we are in, to bind up the nation’s wounds,” and to “achieve and cherish a just and lasting peace.” It was a far cry from four years earlier, he noted, when “all thoughts were anxiously directed to an impending civil war,” as “insurgent agents were in the city [of Washington] seeking to destroy it,” and half the nation was preparing to “make war rather than let the nation survive.”

The city might well have been destroyed, and the republic, the house divided, might well have fallen, were it not for Lincoln’s aggressive assertion of unilateral presidential power. First and foremost, he suspended the writ of habeas corpus—the right of prisoners to challenge their imprisonment in court—in April 1861. When Chief Justice Roger Taney ordered the government to free the pro-Confederate prisoners, President Lincoln ignored the order.

Lincoln argued that the Constitution obliged him to take those unprecedented unilateral actions, because to allow the rebellion to proceed in Maryland was to put the city of Washington, and thus the republic itself, at grave risk. “To state the question more directly,” Lincoln famously asked Congress later that year, “are all the laws but one to go unexecuted, and the Government itself go to pieces lest that one”—the writ of habeas corpus—“be violated?” Lincoln insisted that his suspension of habeas corpus was legal in and of itself, but by those words he stressed that even an illegal suspension would have been constitutionally justified to preserve the government itself.

In those words, and in Lincoln’s conduct of the war’s early months, the president exemplified the paradoxical principle underlying even the Declaration of Independence: that our rights may be “unalienable,” but we ultimately must be “secure” by the very creation of a government capable of abridging those rights. And of the government powers erected by the Constitution to “secure the blessings of liberty,” the most important defense against existential threats is the president’s capacity to act swiftly, decisively, and controversially.

In short, Lincoln’s ability to free the slaves through the Thirteenth Amendment in 1865 depended upon his ability to unilaterally act against the threats of 1861. Spielberg and his audience rightly exalt Lincoln’s fortitude in exercising the Constitution’s Article V amendment powers, but no less crucial was Lincoln’s exercise of the Article II executive powers. The road to the Thirteenth Amendment began not in January 1865, or even at Gettysburg, but at that moment in 1861 when President Lincoln resolved not to let “the Government itself go to pieces.”

“I am the president of the United States, clothed in immense power,” Lincoln thunders on the screen. He was, and his successors are. The very power that threatens our liberty secures our liberty, and we must forever grapple with that contradiction.