Making Sense of the Iowa Debacle

Sorting the winners from the losers after the caucuses’ implosion. 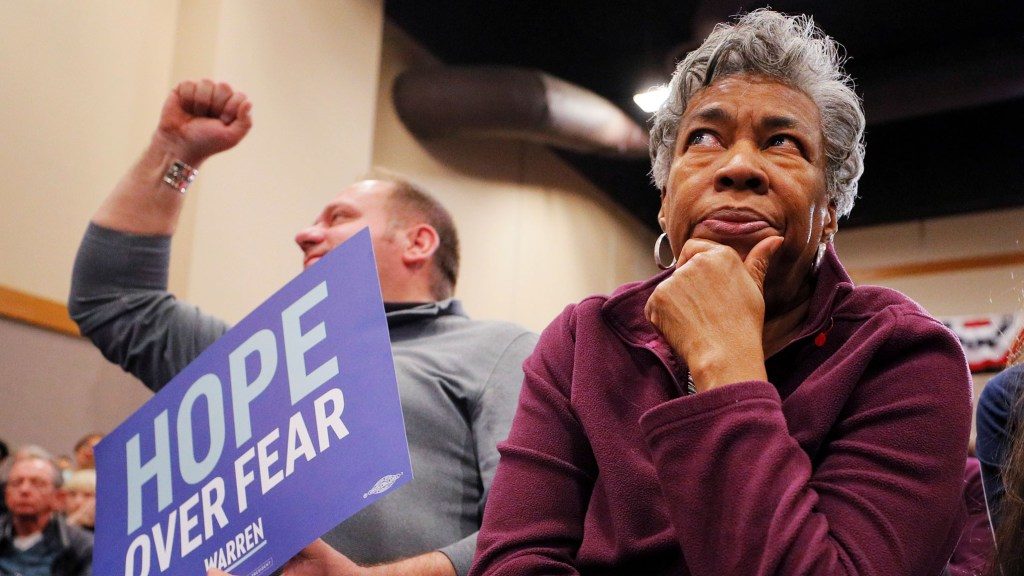 Great, giant gobs of cash and a year’s worth of hard work by activists, campaigns, and candidates were flushed down the toilet last night. Technocrat reformers, in trying to “fix” the Iowa caucus, have instead probably destroyed it forever.

Democratic Party chairman Tom Perez saw fit to begin bragging about his party’s preparation for this night in the hours before it all fell apart. To hear him tell it, everything was done in the interest of transparency, fairness, and empowering the grass roots. “These changes are all about the future,” he wrote in a post that went live as the caucuses themselves kicked off. “They’re about growing our party, uniting our party, and earning the trust of committed Democrats like you.”

Hours later, the caucuses were complete, and the Democratic candidates had left Iowa clueless about who won and justifiably enraged at the DNC and rival campaigns. They bitterly accused one another of cheating. The fate of the contest was entrusted to the high-powered campaign lawyers, and we may not know the outcome for days. But that doesn’t mean we can’t try to sort the winners from the losers after this disastrous night . . .

The Winners Who Lost Something: Bernie Sanders and Pete Buttigieg. All the numbers that we did have by this morning suggested that Sanders and Buttigieg were the top two vote-getters in Iowa. But with President Trump set to have the nation’s undivided attention for his State of the Union tonight, both of them should be justly angry that all the earned media that comes from winning the Iowa caucus, especially if you weren’t expected to win, has been irretrievably destroyed by the malfunctioning result-reporting app, the volunteers who counted supporters improperly, and the general chaos of the caucus system.

The Lucky Loser: Without this debacle, Joe Biden’s apparent Iowa faceplant would be front-page news. It would quickly be linked to his weakening poll numbers in South Carolina, across Super Tuesday states, and among African-American voters. A clean Iowa loss might have been the beginning of the end for Biden’s campaign. But now he is seizing the chaos to essentially claim that the results in Iowa are unreliable and shouldn’t count against him.

A Provisional Winner: Michael Bloomberg’s decision to stay out of this spares him the embarrassment of failing in ethanol country. It also spares his campaign from being involved in the intense, ugly sniping between candidates who did contest the Hawkeye State. The more the normal Democrats look like fools participating in a mismanaged circus, the more serious Mayor Mike — with his bottomless wallet and ability to make Trump seem hot-headed — looks by comparison.

Process Winner: Instant-runoff voting. The byzantine Iowa Caucus process, with its realignments, haggling, and minimum-support thresholds, does at least in theory serve a purpose in winnowing a large field, building consensus, and granting momentum to emerging front-runners. But all of this could be accomplished by a much-simpler ranked-choice instant-runoff ballot. Making voters fill out secret ballots ranking the candidates, and then having a process of weighting second and third choices, would avoid all the mess.

The Big Loser: Democrats. The party looks massively incompetent. Turnout was much lower than expected even though this contest was taking place just days before a vote to acquit in President Trump’s Senate impeachment trial. Trump’s approval rating is higher than it’s ever been at 49 percent, and he is set to own the news tonight as he delivers his State of the Union address.

And on we go to New Hampshire.