By Erielle Davidson • The Federalist 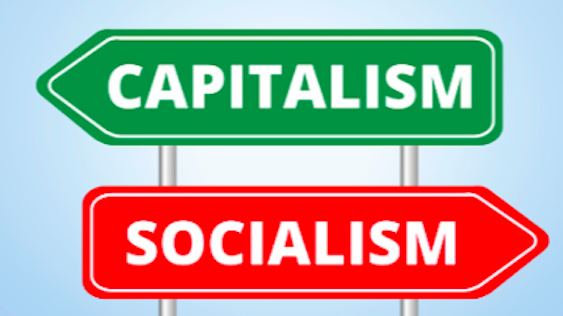 Over half a century ago, President John F. Kennedy stated one of his more famous lines in discussing American economics, one that continues to be echoed by pro-growth economists today.

“A rising tide lifts all boats,” the young president said in 1963 to an assembly hall in Frankfurt, a sprawling city in what was West Germany.

JFK’s axiom would become the battle cry of those championing absolute growth over relative growth, the thrust being that economic growth can and should be a shared enterprise. President Trump’s State of the Union Address on Tuesday evening smartly echoed this very sentiment.

Pulling no punches in Tuesday’s speech, President Trump pointedly attacked socialism, a policy that has increasingly become the heart and soul of the modern left, much to the chagrin of the Democratic establishment.  In what may have been one of the most striking lines of his speech, Trump declared, “Socialism destroys nations. But always remember: Freedom unifies the soul.”

As Edward Lazear, Senior Fellow at the Hoover Institution and former Chairman of the Council of Economic Advisors under George W. Bush, noted in the Wall Street Journal over four years ago, the modern Democratic Party has largely abandoned the pro-growth mantra put forth by JFK, choosing instead to focus on relative growth. Candidates in the 2020 Democratic primary continue to push aggressive and radical redistribution policies, from “Medicare for All” to tax rates for top income-earners falling between 60% and 97.5%, encouraging Americans to examine what they have relative to each other, as opposed to what they have absolutely.

Trump’s decision to open his speech with a hefty – and welcome – discussion of the economic aspects of “America’s comeback” was entirely deliberate.  It was not merely a nod to the economic boom experienced under the free market auspices of his administration but rather a reminder of what is at stake in the next election, should an open and avowed socialist like Bernie Sanders win.

Across minority groups – from African Americans to women to veterans to the disabled – unemployment levels have sunk to their lowest levels. Given the economic recovery experienced under President Obama marked the slowest in our nation’s history, drawing attention to these economic victories was a wise decision on the part of President Trump.

“Since my election, the net worth of the bottom half of wage earners has increased by 47 percent — three times faster than the increase for the top 1 percent.” He later asserted, “Real median household income is now at the highest level ever recorded.”

At a time when the left continues to parrot class warfare rhetoric regarding the boogeyman “one percenters,” highlighting the shared benefits of economic growth is critical to staving off cries for massive redistributive policies.

Should he face a Warren or Sanders nomination, two open socialists, President Trump’s greatest asset will be his economic policies. As the Washington Examiner noted earlier this morning, “economic optimism” in America has hit its highest level in over four decades, with 59% of Americans reporting in a Gallup poll that they are “better off” than a year ago.

Meanwhile, those who report being “worse off” than a year ago is at 20 percent, its lowest level ever. Gallup also noted a 63 percent satisfaction rate with Trump’s handling of the economy, a value that represents “the highest economic approval rating not only for Trump, but for any president since George W. Bush enjoyed stratospheric job approval ratings in the first few months after the Sept. 11, 2001, terrorist attacks.”

Given that the American economy is performing so strongly – and Americans are becoming increasingly aware of it – it would be an egregious error of epic proportions for the Democrats to nominate a socialist in 2020. The entire platform of a socialist is that capitalism is a failure. It’s extremely difficult to run on that message when the economy says the precise opposite.

In short, Trump’s State of the Union Address puts a sharp squeeze on the Democratic establishment, reminding them of what they used to advocate for and what they have seemingly been forced to abandon by allying themselves with radical socialists. Absolute economic growth used to be a bipartisan endeavor, but given how many Democrats remained seated during Trump’s economic celebration, it’s increasingly looking as if growing the whole pie is no longer a shared goal.