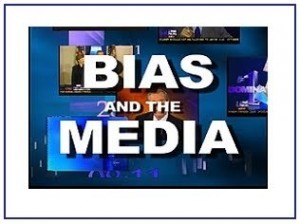 In recent days, there has been discussion about how Democrats and liberals, once severe critics of anti-terror surveillance programs when Republican President George W. Bush was conducting them, have been more careful, and less critical, when responding to the massive data collection sweeps that have come to light under President Obama.

“It is jarring to see the left so compliant now that the surveillance has been sanctioned by a Democratic president,” Washington Post columnist Dana Milbank wrote Sunday.

Milbank raised a valid point. But perhaps even more “jarring” are the carefully chosen, softer words used by the news media when reporting on the Obama program, compared to the inflammatory and alarmist language used when his predecessor was in charge.

When news broke in December 2005 that the Bush administration was engaged in phone wiretaps (without court orders) against suspected terrorists, the major news outlets almost immediately labeled the program “domestic spying.”

“In address, Bush says he ordered domestic spying,” said a Page One headline in The New York Times on Dec. 18, 2005.

The Times and Post news articles each went on to use the word “spying” — which has dark, sinister connotations — four more times, although Bush, in his speech, never used it once. The Post followed up with an editorial: “Spying on Americans.”

So use of the word “spying” was the media’s choice, not the president’s. But the stage was set.
From then on, The Times, The Post and other major news outlets continuously used the phrase “domestic spying” when reporting on the Bush wiretap program months after the initial outburst.

Bush, apparently frustrated by what he saw as media failure to fully explain what was really going on, tried to clarify in a Jan. 23, 2006 speech at Kansas State University. He hoped to get rid of the “spying” label and convince Americans that he was not listening in on phone calls to their mothers.

The presidential explanation didn’t work. Here is the USA Today headline on the speech: “White House steps up defense of domestic spying.”

Fast-forward to June 2013. Obama, thanks to an explosive leak by a National Security Agency contractor, finds himself embroiled in a similar flap over the gathering of domestic intelligence. This time, he is in charge of what appears to be the most sweeping “domestic spying” mission ever undertaken. “Unprecedented” is a word Obama likes to use. That’s what it is. And while the news media have not shied away from covering the controversial program and its citizen-privacy ramifications, the style, tone and use of language are far different from the Bush days.

Mostly gone from the reporting is the loaded phrase “domestic spying.” Instead, we find a flurry of euphemisms such as “call monitoring,” “data collection,” “data mining,” “data gathering” and “electronic surveillance.” Most news outlets that continue to use the word “spying” when referring to the current U.S. intelligence gathering programs are foreign newspapers and broadcasters.

“Top official tries to quell US spying scandal,” said a headline in the June 10 New Zealand Herald.
Moreover, many of the reports repeatedly remind us that the programs in question began under the Bush administration. So, by implication, it’s not really Obama’s fault.

Last Sunday’s Washington Post front page had a nearly 2,000-word story on the surveillance controversy headlined “NSA Surveillance: The Architecture.” It strongly reiterated the point that this is what Bush wrought.

There were no photos on the front page, but when you jumped inside there was a four-column picture of Bush, Vice President Cheney and two other top aides in a 2008 visit to NSA headquarters at Fort Meade, Md. There also were smaller headshot photos of two Bush legal and security aides and one more picture of protesters at a 2007 Senate hearing wearing oversized sunglasses with the message “Stop Spying.” The witness at that hearing was then-Bush intelligence director Mike McConnell.

Oddly, many news stories on the current surveillance controversy do not feature photos of Obama unless he is directly addressing the issue. It conveys that while this is a serious problem, it is not necessarily Obama’s problem. He’s busy showing the world that he’s doing other things. That’s the way he likes it. And so, apparently, do the news media.

Richard Benedetto is a retired USA Today White House correspondent and columnist. He now teaches politics and journalism at American University and for The Fund for American Studies at George Mason University. This article first appeared at Real Clear Politics.