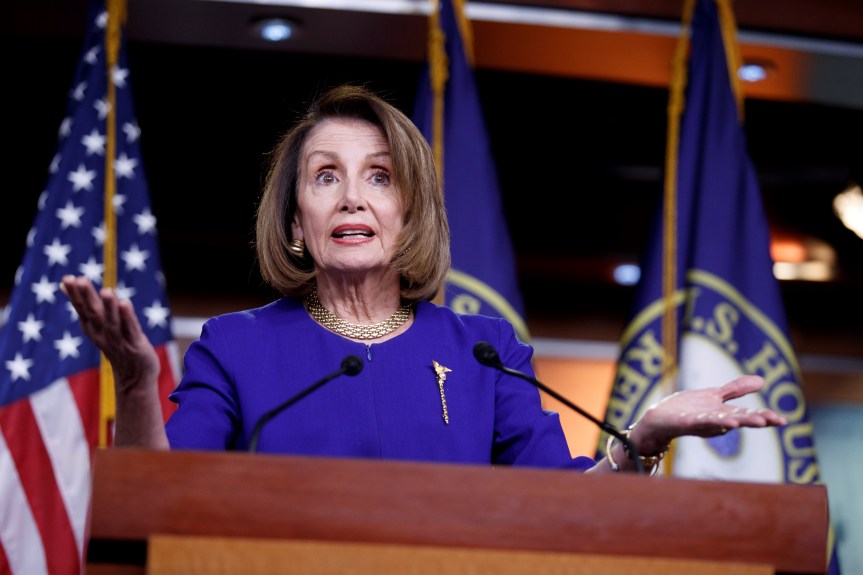 House Speaker Nancy Pelosi is considering a monumental change to Medicare — and believes that President Donald Trump might support her plan.

Her big idea? Binding arbitration — a method that empowers government-appointed “arbitrators” to dictate the price of new medications and treatments. She hopes it’ll lower drug spending.

That would represent an enormous change from the status quo. Right now, drug makers negotiate directly with private insurers and healthcare providers.

Arbitration is just a fig leaf for government price controls. Arbitrators are supposed to be unbiased. But they’d likely always side with the government officials who appointed them — and set prices well below fair-market value. Like all price controls, arbitration would discourage medical innovation.

Under Medicare, drug coverage is broken into two parts. Medicare Part B covers potent medicines, like chemo- and immunotherapies, that physicians administer in hospitals and doctor’s offices. Medicare Part D covers prescription drugs that patients can pick up at the pharmacy.

For both programs, drug prices are determined through negotiations between drug makers and private payers, like hospitals or insurers.

In a binding arbitration system, if Medicare officials aren’t satisfied with those negotiated prices, they could appoint an arbitrator to do their bidding.  Medicare officials would explain to arbitrators why they feel a lower price is justified. Pharmaceutical companies would justify their own suggested price.

Arbitrators would then choose a legally binding price. And their decision wouldn’t be limited to the two proposals on offer.

This type of dispute resolution is also called “baseball arbitration.”  Baseball teams are well known for bringing in neutral arbitrators to resolve contract disputes. But Pelosi’s arbitration plan shouldn’t be compared to the big leagues, as the government would run the entire show. Government officials would get to pick the arbitrators — and would almost certainly choose ideologues who agree with them. So the “negotiation” would function identically to price controls.

Drug development is a risky business. It takes about $2.6 billion and between 10 and 12 years, on average, to create just one new drug.  Around 90 percent of medicines never make it past clinical trials.

Investors are willing to take such financial risks on the off chance their drug succeeds and is profitable. Price controls eliminate that potential by making it harder for companies to recoup their R&D expenses. No investor would risk her capital knowing the government could undervalue her discoveries.

Just look at what price controls did to Europe. In the 1970s, European companies made more than half of the world’s new drugs. Then governments across Europe began to implement various price control schemes over the next 10 years. European countries develop less than 33 percent of new drugs today.

The United States, on the other hand, is the global leader in drug development — and has done so for over three decades.  Because our healthcare system values drugs fairly, drug innovators are eager to research and develop drugs stateside. In fact, America’s biopharmaceutical industry dedicated close to $90 billion in R&D efforts in 2016.

All that investment has paid off, too. In the United States, researchers are developing roughly 4,000 new medicines targeting a range of diseases — including potential cures to Alzheimer’s, cancer, and diabetes.

If binding arbitration takes off, Americans may never benefit from these potential treatments. Instead, patients would be left at the mercy of diseases for which there are currently no cures.

Tags: healthcare, Medicare for All, prices