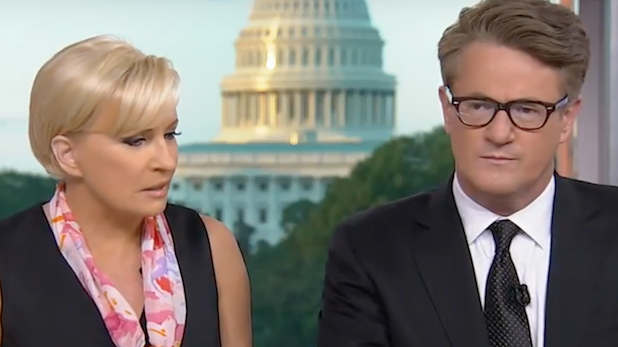 The Times published an essay adapted from a forthcoming book about the Kavanaugh confirmation battle in which two Times reporters claimed to have “uncovered a previously unreported story” about alleged sexual misconduct during Kavanaugh’s college years.

“A classmate, Max Stier, saw Mr. Kavanaugh with his pants down at a different drunken dorm party, where friends pushed his penis into the hand of a female student,” the Times reporters wrote. They added that this allegation “echoes” the allegation made by Deborah Ramirez, who alleged Kavanaugh “thrust his penis in her face, and caused her to touch it without her consent” during a party in college.

On Sunday night, the Times added a note to the story correcting a factual omission. The reporters excluded that the victim of Stier’s alleged incident “declined to be interviewed and friends say that she does not recall the incident.”

“Wait a second, a woman who Stier claims was abused by Kavanaugh, has she denied this? Has she claimed this happened? Why is there this glaring omission in The New York Times story? There were Molly Hemingway and others on Twitter were saying that, in fact, she had no recollection of this happening and her friends were saying the same thing,” Scarborough said.

“And I could not believe The New York Times would write this piece without that information contained in it. Are you surprised 24 hours—is it 24 hours went by before they clarified that fact?” he said, adding the article also did not note that Stier was the opposing counsel to Kavanaugh during their work on the Monica Llewinsky scandal.

“I don’t understand why they didn’t put this information in the article. Did that strike you as strange?”

“Yeah, that’s certainly good context being provided here about Stier. We were talking about this yesterday and were puzzled and remain so that if the woman involved is saying that she didn’t remember, that raises questions about the piece,” Associated Press reporter Jonathan Lemire responded.  “Certainly, The New York Times has made their own editorial judgments about what should be included.

Scarborough pointed out each of the major three allegations against Kavanaugh had issues with corroborating witnesses.

“Here we have, again, a New York Times piece where Brett Kavanaugh is accused of something and, again, the very woman who was the alleged victim in this alleged incident is saying she doesn’t recall it happening,” he said.

“There has not been any new statements from any of the candidates since the Times updated the story overnight, that the female student declined to be interviewed and friends say she does not recall the episode,” Brzezinski said, pointing out there are still many unanswered questions.

“I’m just so surprised that candidates are making conclusions here that are impossible to make, again.”