Even the ‘moderate’ proposals would sabotage private coverage, driving everyone into a government-run system. That’s probably why Democrats don’t really answer questions about their health proposals. 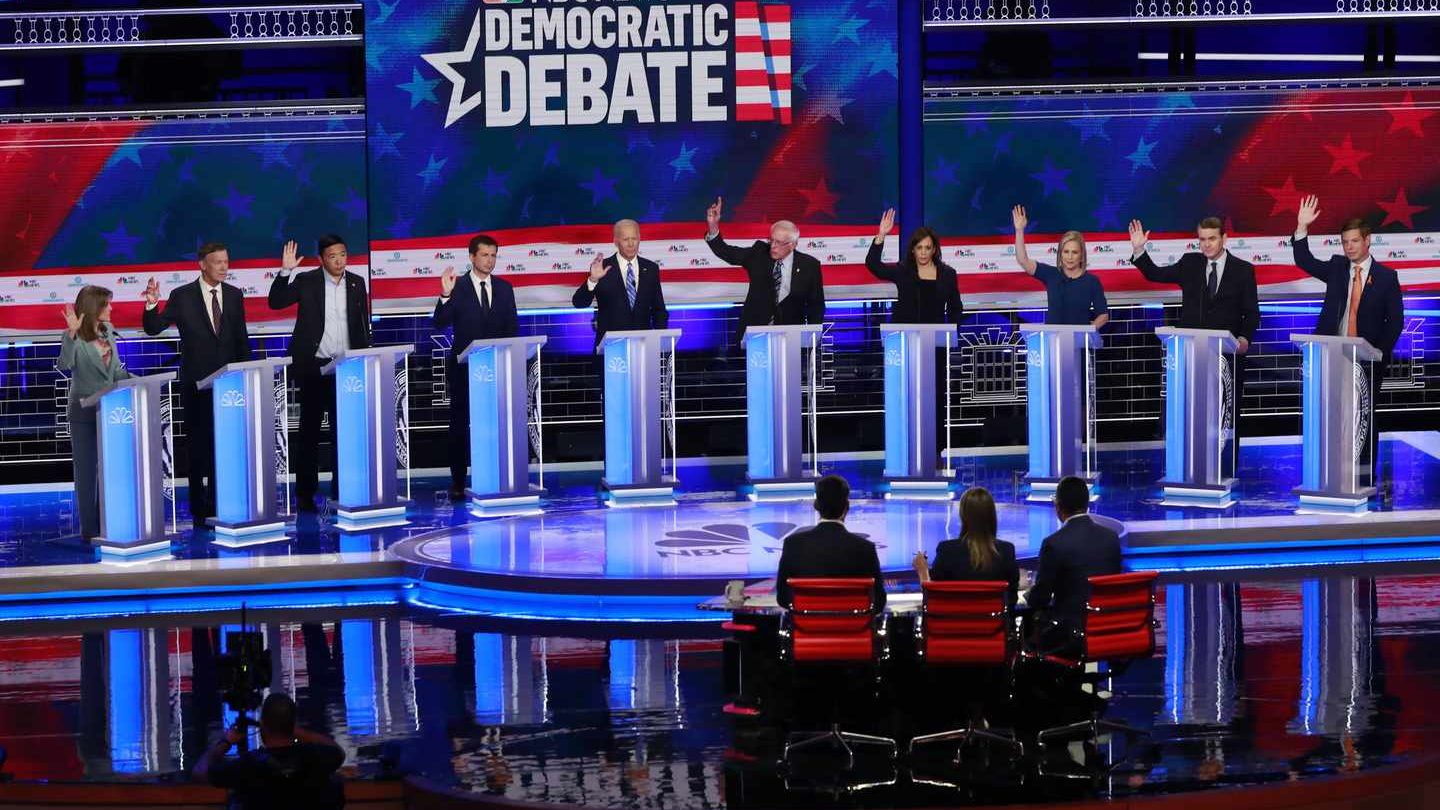 For more than two hours Thursday night in Houston, 10 presidential candidates responded to questions in the latest Democratic debate. On health care, however, most of those responses didn’t include actual answers.

As in the past several contests, health care led off the debate discussion, and took a familiar theme: former vice president Joe Biden attacked his more liberal opponents for proposing costly policies, and they took turns bashing insurance companies to avoid explaining the details behind their proposals. Among the topics discussed during the health care portion of the debate are the following.

How Much—and Who Pays?

Most notably, Massachusetts Sen. Elizabeth Warren again declined to admit whether individuals will lose their current insurance, or whether the middle class will pay more in taxes, under a single-payer health care system. By contrast, Vermont Sen. Bernie Sanders claimed that while all (or most) Americans will pay higher taxes to fund his single-payer system, middle class families will come out ahead due to his plan’s elimination of deductibles and co-payments.

The problems, as Biden and other Democratic critics pointed out: First, it’s virtually impossible to pay for a single-payer health care system costing $30-plus trillion without raising taxes on the middle class. Second, even though Sanders has proposed some tax increases on middle class Americans, he hasn’t proposed nearly enough to pay for the full cost of his plan.

Third, a 2016 analysis by a former Clinton administration official found that, if Sanders did use tax increases to pay for his entire plan, 71 percent of households would become worse off under his plan compared to the status quo. All of this might explain why Sanders has yet to ask the Congressional Budget Office for a score of his single-payer legislation: He knows the truth about the cost of his bill—but doesn’t want the public to find out.

Keep Your Insurance, or Your Doctor?

Believe it or not, Biden once again repeated the mantra that got his former boss Barack Obama in trouble, claiming that if people liked their current insurance, they could keep it under his plan. In reality, however, Biden’s plan would likely lead millions to lose their current coverage; one 2009 estimate concluded that a proposal similar to Biden’s would see a reduction in private coverage of 119.1 million Americans.

Minnesota Sen. Amy Klobuchar echoed Biden’s attack, saying that while Sanders wrote his single-payer bill, she had read it—and pointing out that page 8 of the legislation would ban private health coverage. (I also read Sanders’ bill—and the opening pages of my new book contain a handy reading guide to the legislation.)

For his part, Sanders and Warren claimed that while private insurance would go away under a single-payer plan, people would still have the right to retain their current doctors and medical providers. Unfortunately, however, they can no more promise that than Biden can promise people can keep their insurance. Doctors would have many reasons to drop out of a government-run health plan, or leave medicine altogether, including more work, less pay, and more burdensome government regulations.

While attacking Sanders’ plan as costly and unrealistic, Biden also threw shade in Warren’s direction. Alluding to the fact that the Massachusetts senator has yet to come up with a health plan of her own, Biden noted that “I know that the senator says she’s for Bernie. Well, I’m for Barack.”

Biden’s big problem: He wasn’t for Obamacare—at least not for paying for it. As I have previously noted, Biden and his wife Jill specifically structured their business dealings to avoid paying nearly $500,000 in self-employment taxes—taxes that fund both Obamacare and Medicare.

A March to Government-Run Care

I’ll give the last word to my former boss, who summed up the “contrasts” among Democrats on health care:

Dem debate on health care:@berniesanders: If you like your health plan, too bad, we are going to take it away now.

“Moderate” Dem: If you like your health plan, don’t worry, we will gradually take it away.#DemDebate #DemocraticDebate2078:47 PM – Sep 12, 2019Twitter Ads info and privacy104 people are talking about this

As I have previously noted, even the “moderate” proposals would ultimately sabotage private coverage, driving everyone into a government-run system. And the many unanswered questions that Democratic candidates refuse to answer about that government-run health system provide reason enough for the American people to reject all the proposals on offer.