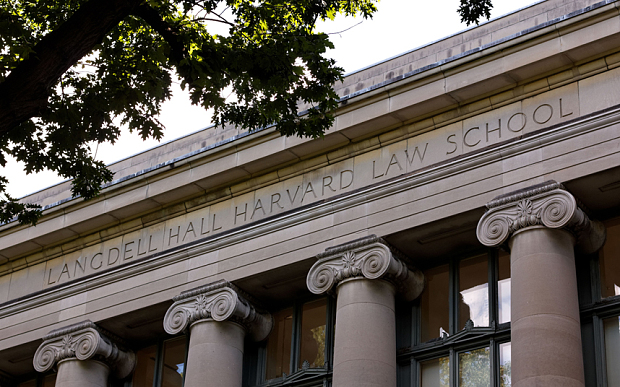 By William A. Estes • The Federalist

To set foot on an American college campus, as anyone who’s spent a picosecond thereabout lately can tell you, is to step through a left-wing looking glass. But a jaw-dropping new study from the National Association of Scholars (NAS) reveals just how deep the rabbit hole goes: among tenure-track college professors at the nation’s top-ranked liberal arts schools, registered Democrats outnumber registered Republicans by more than 10 to 1.

Rather than culling data from some voluntary survey, the report uncovers the political leanings of 8,688 elite academics by cross-referencing publicly available voter registration information with faculty lists from 51 colleges. At these schools, “78.2 percent of departments do not employ a single Republican.” And that’s just the topline.

The numbers below the fold, broken down by college and field of study, are even more alarming. Over at Wellesley College, perhaps best known for fostering pantsuited diplomats and disdain for the late Barbara Bush, there are 136 Democrat professors for every Republican. More than a third of the colleges assessed have ratios of at least 20-to-1.

At the low end of the spectrum are schools like the Naval Academy, where still more than twice as many Ds as Rs appear at the front of the lecture hall. Lopsided leanings are also evident in key disciplines, such as environmental studies (25-to-1), the humanities (32-to-1), and sociology (44-to-1).

Even If You’re Liberal, This Is Bad News

Look, it’s news to no one (except maybe the frequently confused Matt Yglesias) that the Left smothers conservative thought in academe. But at this magnitude, the consequences go far beyond who gets to wear tweed jackets with elbow patches. Each year, America’s universities ingest millions of bright but ideologically inchoate young people fumbling towards adulthood. Failing to expose them to an extensive menu of different ideas is a sure recipe for parochialism and intellectual indolence.

Even those who would welcome a unanimously liberal generation of Americans must recognize that a mind untested is as useful as a pencil unsharpened: it may be the tool you need, but good luck filling out your Scantron. The most valuable test of one’s worldview is to be confronted by an earnest exponent of a different or even contradictory one.

Moreover, consider the impact of straitjacketed thinking on academic inquiry. Despite being lavished with billions by American taxpayers, the social sciences are engulfed in a vexing replication crisis. Hundreds of findings once considered axiomatic have been impossible to reproduce, casting doubt on entire corpuses of published work in some disciplines.

Is this really all that gobsmacking, however, given the tool we use to appraise its validity? Peer review aims to ensure that academic evidence can be trusted by subjecting it to the rigorous scrutiny of reviewers with expertise comparable to the author. Yet as activists and politicians grasp ever more desperately at studies to lend scientific heft to their policy wish lists, academic research has become increasingly politicized. A panel drawn from a cohort of homogeneous thinkers cannot be expected to fairly assess evidence that has a political impact.

Look no further than the Implicit Association Test (IAT), a tool social psychologists developed that purports to measure unconscious prejudice. After being cited in more than 3,000 peer-reviewed papers by “psychologists [desiring] to help solve social problems,” and eagerly circulated by fellow travelers in the media, it was revealed that the test returns wildly unreliable results and has no impact on discriminatory behavior.

Despite failing to meet basic scientific standards, the IAT has been taken by more than 17 million people worldwide, featured in multimillion-dollar federal grants, and made the centerpiece of countless corporate diversity workshops. These academic blunders carry a price we will continue to pay until we recognize the limitations of peer review in an echo chamber.

This Means the ‘Consensus’ Is Tilted

The same applies to the notion of “scientific consensus,” commonly aired today in discussions about climate change. In 2014, noted demagogue John Oliver excoriated the media for daring to present viewers both sides of a political question by holding a “statistically representative” mock debate. To illustrate the percentage of scientists who agree on climate change, he trotted out 97 extras in white coats to shout down three climate skeptics.

To this profusion of unintentional irony, the NAS study adds another nugget: the 25-to-1 partisan ratio among environmental studies faculty means that out of professors who declare for a party, 96.2 percent are Democrats. By no means does this invalidate the conclusions of climate scientists. But policymakers should be aware that the oft-cited “consensus” is not necessarily a meeting of purely objective minds.

Let’s face it: the academy’s ability to perform credible peer review and proclaim scientific consensus will be hindered until it reclaims ideological pluralism. But how? The study argues that, “[t]he solution to viewpoint homogeneity may lie in establishing new colleges from the ground up” because reforming hidebound institutions “seems a very tall order.” Yet a vast new expansion, in the context of bloated federal outlays and overextended state budgets, seems even more improbable.

There is no choice but to reform existing universities, although it will take a Herculean effort from within to expand the institutional Overton window. These days, you can hardly walk through a quad without turning up some provost or vice chancellor underfoot, vowing to promote diversity. It’s past time for these administrators to show some mettle and apply that principle not just to race, sex, and creed, but to ideas also.

That means ceasing the assault on academic freedom and putting the kibosh on the heckler’s veto. Those interested in a truly plural discourse on campus should also think twice before reaching for the typical administrative pro-diversity playbook. Mandatory training seminars and hiring quotas are poor solutions, whomever they favor. Instead, we should take matters into our own hands.

Here’s How to Start

First, students and professors with divergent views must be bold enough to publicly voice them. The chilling effect of overwhelming viewpoint discrimination drives right-leaning prospective young academics into tight-lipped diffidence, if not different callings altogether. The magnetism of compelling mentors—visible evidence that conservatives indeed belong—is an indispensable counterweight that must be strengthened.

A variety of perspectives is a needed check on cognitive biases, to which even pedigreed scholars are susceptible.
Meanwhile, freethinkers should join (or promote and support) nonpartisan organizations that defend viewpoint diversity and freedom of speech on campus, like the Heterodox Academy and the Foundation for Individual Rights in Education. The surveys, tools, and research that groups like these produce are materiel for the vanguard.

Finally, right-leaning professors should strive to play a larger role in peer review, though not a tendentious one. These panels should not become venues for ideological combat, but a variety of perspectives is a needed check on cognitive biases, to which even pedigreed scholars are susceptible.

It goes without saying that all this may come at a substantial individual cost, denominated in professional opportunities and even personal relationships. But it must be paid. Otherwise, partisan faculties will continue to gather momentum like heavy stones tumbling down a hillside. The few conservatives in academia must be willing to stand athwart these boulders yelling Stop, no matter the risk of being flattened. The integrity of the academy depends on it.