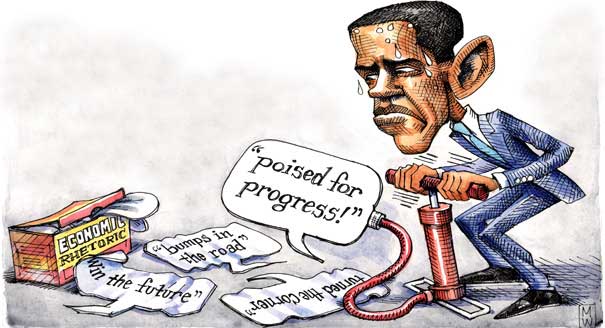 A new study by the liberal Pew Research Center finds that the median income today is lower than it was during the “Great Recession.” When President Barack Obama said the recession was over in 2009, the median income for American households was $52,195 in inflation adjusted dollars. Two years later, the median income had fallen to $50,054 — a drop of more than 4 percent in just two years.

And since Obama took office, median household income has dropped by $4,000. So the first two years didn’t go very well and then once Obama proclaimed the recovery had begun, the same bad results continued and median income continued to fall at about the same rate. Where is the good news in this?

So let’s set aside the rhetoric and the political talking points and simply analyze the facts.

Obama will continue to tell Americans that we are on the right path. The cold, hard facts say otherwise. Who are you going to believe? Obama? Or your lying eyes?