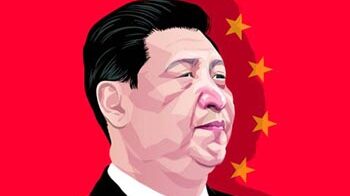 China has a plan to overtake the USA with a fused effort that combines trade with military expansion, as described in a new Pentagon report. It shows how China’s vaunted “One Belt, One Road” plan to build infrastructure worldwide is used for military advantage along with economic benefits.

Many signs show that China’s plan to overtake the U.S. is working. Sadly, most American media ignore this. Also sad is that some U.S. businesses would let China expand within our own borders, pushing out American companies from delivering goods domestically.

China’s navy is now larger than America’s, reports our Department of Defense. And China’s fleet of merchant vessels is larger by far.

The Chinese economy has grown to become second only to the U.S.—and it’s gaining on us. Some reports say China has already passed us in productivity. Other studies show China conducts significantly more world trade than America.

A Financial Times survey found that “China rules the waves.” Forbes reports that the United States has become “ridiculously dependent” on goods from China. The American Enterprise Institute pronounces “We’re too dependent on China for too many critical goods.”

A new report by the Center for International and Strategic Studies finds China “[dominates] the entire global maritime supply chain, [controls] the world’s second-largest shipping fleet . . . and [constructs] over a third of the world’s vessels” while also “producing 96% of the world’s shipping containers . . . and own[s] seven of the ten busiest ports in the world.”

China for years has been on what Forbes describes as a “seaport shopping spree . . . buying up the world’s ports” on every continent save Antarctica. The rationale is explained in the Pentagon’s brand-new paper, “Military and Security Developments Involving the People’s Republic of China.” It paints a fascinating picture of how China’s worldwide “One Belt, One Road” initiative is being used not only to benefit China’s seagoing trade, but also to establish footholds with great military value.

Estimates are that China is spending at least $150-billion each year on acquiring civil-military footholds at major chokepoints of world trade. Then they can attempt to deny passage by other nations, much as they now seek to do in the South China Sea.

So why would anybody invite China to expand its control into the domestic waters of the United States? Just as other nations have been paid handsomely to let China take over their shipping facilities, some American businesses believe they can save money by letting other countries (including government-subsidized Chinese entities) to transport goods between destinations within the United States.

Current U.S. law, known as the Jones Act, prohibits shipping goods or passengers between American ports (or along our rivers and canals) unless the vessel is built, owned and crewed by Americans. Those pushing to repeal the Jones Act would allow China to expand its power grab to extend into America’s borders.

And the U.S. Director of National Intelligence, John Ratcliffe, recently pronounced China as a greater national security threat to the United States than any other nation, including working to influence and interfere in our elections.

The Frontiers of Freedom Foundation has a free paper online that explains the details of China’s plans to rule the waves. Even though major media refuse to sound the alarm about China’s ambitions, Americans can wake each other up and should start doing just that.