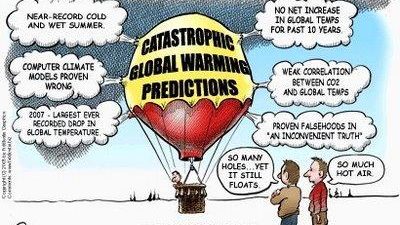 Radical environmentalists are mounting a two-pronged attack on free markets and human enterprise. The first is “nature rights,” which would allow anyone to sue to stop any significant use of the land or extraction of resources as violating “nature’s” supposed “right” to “exist, persist, maintain and regenerate its vital cycles, structure, functions and its processes in evolution.” Think of “nature rights” as a “shield” against large scale enterprise.

Lesser known, but even more potentially dangerous to human thriving, is the “ecocide” movement. Ecocide would criminalize enterprise that extracts natural resources or makes widespread use of the land, as a “crime against peace,” deemed an equivalent evil to genocide and ethnic cleansing. Think of “ecocide” as a “spear” that punishes large scale enterprise.

Here’s the general definition of ecocide:

Ecocide is the extensive destruction, damage to or loss of ecosystem(s) of a given territory, whether by human agency or other causes, to such an extent that peaceful enjoyment by the inhabitants of that territory has been severely diminished.

Note that “peaceful enjoyment by the inhabitants” is a very broad term, intended to include everything from grass, fish, and insects to mice, snakes, and people. And diminishment of “peaceful enjoyment” would not require actual pollution, but could mean a declining supply of forage or a loss of foliage caused by almost any use of the land, perhaps even simple urban or suburban growth.

Advocacy for ecocide has now gone mainstream, making the august pages of the New York Times. Using the fires in the Amazon as pretext, the Times’ Brazil bureau chief Ernesto Londoño, pushes the idea that Brazil’s president Jair Bolsonaro, should be hauled before The Hague to stand trial for ecocide. From the analysis piece:

There is no international crime today that can be used to neatly hold world leaders or corporate chief executives criminally responsible in peacetime for ecological catastrophes that result in the type of mass displacements and population wipeouts more commonly associated with war crimes. But environmentalists say the world should treat ecocide as a crime against humanity — like genocide — now that the imminent and long-term threats posed by a warming planet are coming into sharper focus.

In Mr. Bolsonaro they have come to see something of an ideal villain tailor-made for a legal test case.

It is worth noting that there are no voices in Londoño’s piece critical of ecocide advocacy.

It is my understanding that the Amazon fires do not mostly involve old growth forest, but rather, lands that have already been converted to farming. Whether that is true or not, should a duly elected president of a sovereign nation be hauled before the Hague and face criminal charges because environmentalists disagree with his country’s environmental and development policies legally enacted by that president or country?

If so, China’s leader Xi Jinping had better watch his back. I mean, have you ever breathed the air in Beijing?

Oh, Wesley, who are you kidding? Communists aren’t about to be targeted by radical environmentalists.

Besides, ecocide isn’t about punishing potential environmental catastrophes such as the Amazon fires. That is just a pretext. The actual goal is thwarting enterprise and opposing capitalism.

Want evidence? Ecocide campaigners’ chief villains heretofore have been corporate CEOs, whose supposed crimes have been to extract oil from Alberta’s tar sands. Indeed, in a mock trial held in the chambers of the English Supreme Court, hypothetical corporate tar sand CEOs were imprisoned for extracting oil from the fields.

Further demonstrating the real game this is afoot, Londoño foresees President Trump as a splendid candidate for ecocide imprisonment because he has thwarted mainstream environmentalist policies:

Mr. Bolsonaro is by no means the only world leader reviled by environmentalists. President Trump has been assailed for rolling back environmental regulations and pulling out of the Paris climate accord.

See what I mean about the Amazon fires being a pretext?

Radical environmentalists intend to thwart human thriving in order to “save the planet.” As “nature rights” advances — four rivers have now been granted human-type rights — look for campaigners to push hard to make “ecocide” an international crime. If they succeed, the world will face a substantially less prosperous future.