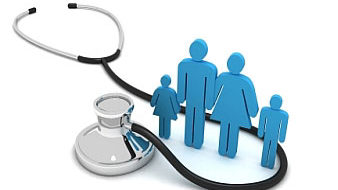 “Speaker Nancy Pelosi’s drug pricing plan to impose up to a 95 percent excise tax on hundreds of prescription medicines is the definition of insanity!  Even more strange is the counter-intuitive title she’s given it — the Lower Drug Costs Now Act.  It is difficult to imagine a more dishonestly named bill. The idea that such actions will reduce prices defies logic.  Government obstacles and taxes only raises prices and slow innovation and the development of new medicines and drugs. Imposing confiscatory taxes is no way to encourage innovation or lower prices and it is a huge stride towards socialized healthcare which leaves consumers and patients at the mercy of government bureaucrats. Imagine when you are sick having an experience like at the Department of Motor Vehicles – long lines, lots of waiting, and poor service.

“Pelosi’s plan isn’t even constitutional because it imposes a confiscatory retroactive tax on the total sales of a drug, not the profits, but the gross receipts. To escape this ruinous and confiscatory tax, Pelosi’s plan allows first to agree to government set prices. This is so abusive that it makes the mob’s protection money schemes look legitimate.

“In the long run, the biggest losers will be the Americans who will suffer and die because the medicines that could have been developed to cure their condition will not exist or be developed. So as American age and need cures for cancer, Alhiemers, diabetes, etc, they won’t exist and it will be Nancy Pelosi’s fault. These policies have long term consequences. If she were serious about improving things, she would unleash the power of the market and competition. Instead, she empowers government at the expense of Americans.