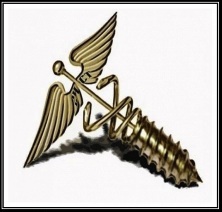 The rules of Obamacare — indeed, the language of the law itself — have all the permanence of pencil. As of this editorial’s completion on Christmas Eve, members of the Obama administration were scavenging desk drawers for erasers that hadn’t been rubbed to a nub.

After nearly four years of defending the Affordable Care Act as the “law of the land,” the White House has spent the past three months revising and rewriting the federal government’s forced overhaul of American health insurance. And the closer the calendar gets to Obamacare’s full implementation on Jan. 1, the faster the administration scrambles to fix its most urgent flaws. The more it changes, the more it fails, the more it changes.

It would not be at all surprising to see the president carry out another cynical Obamacare news dump, or even a few more, in the run-up to New Year’s Day. It would not be surprising to see the deadline for purchasing coverage through federal-state exchanges extended into January, whether it’s because of new website problems or political pressures resulting from missed enrollment targets. This law is so bad, the only certainties are more chaos and more public unhappiness.

The bombshell decree of the past week was the decision to offer “hardship” exemptions to the millions of Americans who saw their existing health insurance canceled as a result of the law’s expensive, “essential” mandates. These people will have the option of purchasing an unsubsidized, noncompliant plan or going through 2014 uninsured without paying a penalty tax.

First, the administration and the law’s supporters within the health insurance industry have long argued the individual mandate is central to Obamacare’s viability. Insurers need to sell as many policies as possible to spread out risk; the government needs to collect penalty taxes to pay for subsidies. If millions of people can avoid coverage and the tax, the resulting destabilization could begin the program’s death spiral.

Second, for the reasons listed above, it was surprising to learn Obamacare allowed “hardship” exemptions in the first place, considering the promises of the president and congressional Democrats that the law would reduce health insurance premiums. Granting millions of exemptions from the individual mandate not only serves as a formal admission that the Affordable Care Act is unaffordable for most households, it’s an admission that the law’s authors knew it would create hardships from the get-go.

Finally, the president shut down the government this fall because he refused to meet a Republican demand that Obamacare’s individual mandate be delayed. Now the president himself has done what Republicans — labeled as extortionists and terrorists at the time — asked him to do, though he did so without the consent of Congress, as usual.

As the White House comes to terms with the fact that there will be even more uninsured Americans in 2014 as a direct result of its “signature achievement,” it now must reconcile a new problem created by its revisions: If Obamacare-compliant insurance policies are creating so much hardship, why isn’t everyone exempt from the individual mandate?