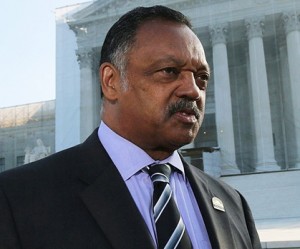 Would America be better off if the Outrage Industry went on a diet for New Year’s?

We just spent much of December quacking and arguing way too much about the views of Phil Robertson, one of the stars of the Duck Dynasty reality-TV series. Most of the attention focused on Robertson’s harsh, mean-spirited comments about gays and on the subsequent, short-lived decision of the cable network A&E to suspend him. But people saved plenty of ire for his comments, offered in an interview with GQ magazine, that when he grew up in Louisiana in the 1950s he never saw “the mistreatment of any black person” and that African Americans in that era didn’t have complaints about white people.

That’s an invitation to call Phil naïve, blind, or a liar. But such descriptions weren’t enough for Jesse Jackson, who said: “These statements uttered by Robertson are more offensive than the bus driver in Montgomery, Alabama, more than 59 years ago. At least the bus driver, who ordered Rosa Parks to surrender her seat to a white person, was following state law. Robertson’s statements were uttered freely and openly without cover of the law, within a context of what he seemed to believe was ‘white privilege.’” He wasn’t the only prominent liberal to go way over the top. MSNBC’s Michael Eric Dyson said Robertson and Duck Dynasty were “part of a majority-white supremacist culture.”

There have been sensible voices. Writing in Time magazine, linguistic scholar John McWhorter bluntly asked: “Phil Robertson is an old man of 67, and frankly, why should we care that his take on black history is not exactly enlightened?” Michael Myers, a Democrat who is executive director of the New York Civil Rights Coalition, said that overheated charges of racism hurt all of us “because we need everyone on board and everyone’s attention when we spot and fight real outbreaks of racism and skin color discrimination.” Accusing people of racism has become so tempting that even Republicans get in on the act occasionally. This month, Gabriel Gomez, the moderate GOP nominee who ran in the special election of June 2013 to fill John Kerry’s Senate seat in Massachusetts, had to apologize for likening two conservative activists to members of what he called the “Klan.” (He denied he was referring to the Ku Klux Klan but apologized nonetheless.)

Shouting “racism” in a crowded media and political theater has become a substitute for thought and debate in America. Liberals hated it in the 1950s when extreme conservatives such as those of the John Birch Society smeared many they disagreed with by labeling them “Communists.” A 1950s media “blacklist” that encouraged the non-hiring of Communist-party members and their allies is considered one of the greatest affronts to civil liberties ever, even though it was basically the kind of “boycott” many on the left are fond of today.

Today, it damages our discourse when a respected figure such as Oprah Winfrey suggests that some critics of President Obama are racist. “There’s a level of disrespect for the office that occurs and that occurs in some cases and maybe even many cases because he’s African American,” she said while on tour to promote her latest movie. As evidence she cited Joe Wilson’s shout-out during Obama’s 2010 State of the Union message — the GOP representative cried “You lie!” as Obama enumerated some of Obamacare’s intended boons. Of course, Wilson’s outburst was inappropriate and disrespectful. But does Winfrey really want to make the argument today — after PolitiFact labeled “If you like your health-care plan, you can keep it” the “lie of the year” for 2013 — that President Obama didn’t lie when promoting Obamacare?

You don’t have to be Oprah Winfrey to have a platform that lets you make unsubstantiated charges of racism. ABC’s Cokie Roberts, normally a calm analyst, dismissed the Supreme Court’s June decision that set some limits on federal interference in local election laws, casting it as a throwback to the days when blacks were blocked from voting in many states. “At the moment, what’s going on about voting rights is downright evil,” she said on ABC. What kind of reactionary laws are states trying to pass? Voter-ID laws that are backed by clear majorities in all key demographic groups, including Hispanics and African Americans. And laws asking people to show they are U.S. citizens, a clear requirement for voting.

The truth is that race does remain a raw wound in the American political psyche, and we need to talk about it. But the emphasis should be on talking rather than scoring cheap political points. If we actually had an honest conversation about race, it would include voices and views that the media now overlook because they don’t fit the storyline.

Take the George Zimmerman–Trayvon Martin case. When basketball legend Charles Barkley appeared on CNBC after Zimmerman’s acquittal, Maria Bartiromo asked him, as an aside, what he thought about the case. “Just looking at the evidence, I agree with the verdict,” he said. Then he laced into the media for damaging race relations with their coverage. “It gave every white person and black person who’s racist a platform to vent their ignorance,” he complained. “Racism is wrong in any shape or form. A lot of black people are racist, too. I think sometimes when people talk about racism, they act like only white people are racist. There are a lot of black people who are racist. . . . I don’t think the media has clean hands.” You won’t be surprised to learn that Barkley’s indictment of the media received scant coverage beyond CNBC. (By the way, Barkley is an Obama supporter who told Jay Leno on The Tonight Show in late 2011 that he was thrilled with Obama’s prospects: “As a Democrat who loves the president, I am downright giddy. There ain’t no way we can lose to them idiots.”)

Careless accusations of racism can sometimes do as much damage to race relations as the expression of prejudice and ignorance can. Both can poison the political well for everyone. As my colleague Kevin D. Williamson points out in the latest issue of National Review, the Reverend Martin Luther King was always careful with accusations of racism. “He often pointed out that Barry Goldwater was not himself a racist,” even though he voted against the 1964 Civil Rights Act, Williamson notes. King had been told that Goldwater had worked hard to desegregate the Air National Guard in Arizona and had donated his own money for a lawsuit to desegregate a Phoenix high school. “Another reason that MLK did not call Senator Goldwater a racist is that he did not wish to look like a fool,” Williamson writes. Would that those who claim the mantle of King today were so careful in their research and so restrained in their language. Fighting racism is important business. It shouldn’t be sullied or cheapened by those who too often treat the term as the easiest political club to grab.

John Fund is a national-affairs columnist for National Review Online.