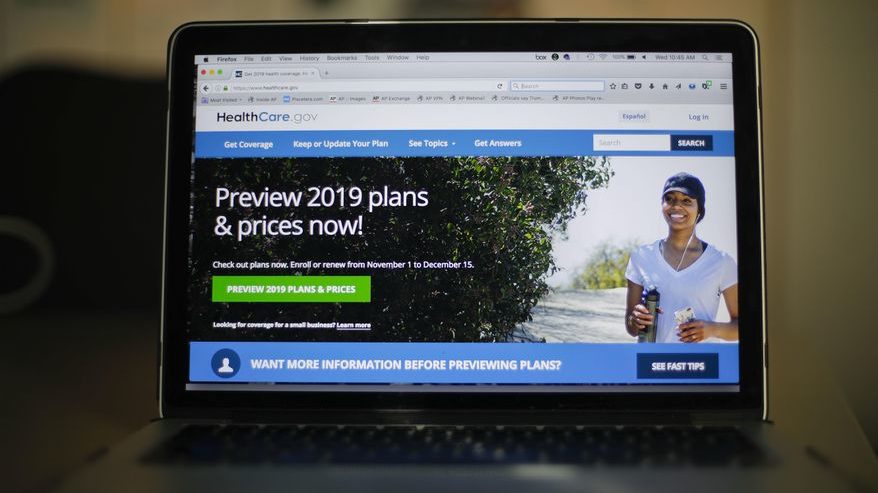 Taxpayers could have to shell out nearly $23 billion a year to provide Obamacare coverage to illegal immigrants, according to a new analysis being released Thursday that puts a high price tag on one of the Democratic presidential candidates’ top election promises.

Nearly 5 million illegal immigrants have incomes that would qualify them for Obamacare’s subsidies that help pay lower-income Americans’ premiums, and they would average about $4,600 a year, the Center for Immigration Studies calculates.

If all of them signed up, that would total $22.6 billion a year. Even assuming a more realistic enrollment rate of about half, it would cost taxpayers $10.4 billion a year, according to the organization, which advocates for less immigration overall.

Under an alternative plan, in which the lowest-income illegal immigrants are put on Medicaid while others receive Obamacare subsidies, the costs would be similar, the study found.

“Any serious debate on providing health care coverage to those in the country illegally requires a cost estimate,” said Steven Camarota, research director at the organization, who said his findings were a reminder that “tolerating illegal immigration creates a significant burden for taxpayers.”

The group released another report Thursday calculating that immigrants who use Medicaid — legal and illegal — already cost more per family than native-born Americans. The reason, the analysis says, is that they are more likely to be less-educated and have larger families.

It’s become a must-have position for Democratic presidential candidates that illegal immigrants deserve access to government-sponsored health care. At one of the debates, all 10 candidates on stage raised hands when asked if they backed the idea.

But the candidates have different ideas about how to get there.

Sen. Bernard Sanders, father of “Medicare for All,” says he would cover illegal immigrants through his fully government-run system.

Former Vice President Joseph R. Biden at the debate agreed that illegal immigrants should get coverage — “It’s the humane thing to do,” he said — but later slimmed down that commitment, saying they should be allowed to buy into Obamacare and should be able to get emergency coverage. That latter part is already the law.

Mr. Camarota warned that if illegal immigrants are covered, the next steps could be to offer taxpayer-sponsored health care to guest-workers in the U.S. on temporary visas.

“The high cost of providing healthcare to less-educated workers who earn modest wages is a reminder that tolerating illegal immigration or allowing such workers into the country legally is likely to create a significant burden for taxpayers,” he wrote.

He said he couldn’t calculate how much of an incentive health care could be in enticing people to enter the U.S. illegally.

President Trump is moving in the other direction.

In an executive order last week, he announced a new policy banning entry of immigrants deemed likely to become a drain on the U.S. health care system — chiefly those who show up at emergency rooms, where they can’t be denied care, and then leave the public with the bill.

Whether to extend Obamacare to illegal immigrants was an issue Congress grappled with in 2009 and 2010 as it was debating passage of the Affordable Care Act. The party’s leaders concluded such a step could poison the entire health care effort, since the public seemed opposed to the idea.

It’s not clear much has changed in public attitude.

In the absence of federal action, some Democrat-led states have taken steps.

California Gov. Gavin Newsom signed legislation in July to expand state health care assistance to low-income young adult illegal immigrants, granting them coverage under Medicaid. The state had already covered juvenile illegal immigrants and “Dreamers” who had status under the Obama-era DACA program, but the new law expands coverage to any illegal immigrant up to age 25.

The state estimated roughly 90,000 people will get coverage, at an additional cost of nearly $100 million a year.