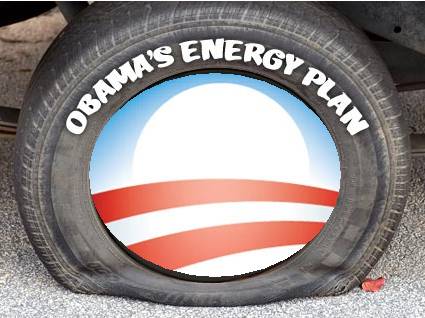 White House Climate Advisor, Daniel P. Schrag told the New York Times: “Everybody is waiting for action, the one thing the president really needs to do now is to begin the process of shutting down the conventional coal plants. Politically, the White House is hesitant to say they’re having a war on coal. On the other hand, a war on coal is exactly what’s needed.” However, the American public is not clamoring for the closure of cost-effective coal-fueled power plants. What they want is cheap energy, but Obama is, as the Washington Post states: “a president bizarrely antagonistic toward domestic energy production and low energy prices.”

In the Pew Research Center’s annual policy priorities survey, just 28% say dealing with global warming is a top priority for the president and Congress this year. In fact, the president’s own research shows that his favorability rating “plummeted” with focus groups when he vowed to attack climate change—yet, promising to use executive action, he’s pushed forward with plans he knows couldn’t get through Congress.

Addressing the executive order emphasis, U.S. Chamber of Commerce President and CEO Thomas J. Donohue says: “It is unfortunate that on a matter of such importance to all Americans that the administration has chosen to bypass our elected representatives in favor of unilateral actions and go-it-alone tactics.”

The Washington Post explains why Obama is now seeking to go around Congress to enact anti-coal regulations by fiat: “When Democrats controlled both the House and Senate, Obama could not get climate control legislation passed.”

In his hit-and-run speech, delivered hours before leaving the country, President Obama issued a directive for the EPA, instructing them to begin drafting new rules governing emissions from power plants. Current EPA regulations are already closing coal-fueled power plants at an alarming rate—which New Mexico Public Regulations Commissioner Pat Lyons calls “the real energy crisis that no one is talking about.” He told me: “The biggest issue facing utilities is the closure of 300 coal-fueled power plants. This represents tens of thousands of jobs in the coal mining industry and billions of dollars of revenues for local, state and federal government.” There are no plans to effectively replace the comparatively cheap electricity. Progressive thought leaders Michael Shellenberger and Ted Nordhous state: “energy poverty causes more harm to the poor than global warming” and cheap energy “makes the poor vastly less vulnerable to climate impacts.”

Europe has already tried this experiment and found it to be economically devastating. In April, the European Parliament voted against saving the Emissions Trading Scheme (ETS)—Europe’s flagship environmental program. Roger Helmer, a member of the European Parliament explained that propping up the ETS would “make energy more expensive; undermine European competitiveness even further; drive even more businesses and jobs and investments offshore (known in the jargon as ‘carbon leakage’); and force more households and pensioners into fuel poverty.” Regarding the April 16 vote, The Financial Times reported: “Complaints from business groups that the carbon market and other climate policies are contributing to higher energy prices at a time when they are already grappling with a weak economy appeared to be decisive in Tuesday’s vote.” To meet its energy needs, Europe is now importing US Coal and North American wood.

Speaking of fuel poverty, nowhere are people living in more substandard conditions than Africa— plagued by malaria and inadequate medical care, most don’t have indoor plumbing and even fewer have electricity. Shellenberger and Nordhous accuse the environmental movement of offering “the global poor not what they want—cheap electricity—but more of what they don’t want, namely intermittent and expensive power” which “offers the poor no path to the kinds of high-energy lifestyles Western environmentalists take for granted.” In response to the president’s Climate Action Plan, Senator Lisa Murkowski (AK-R) was talking about Obama’s African tour when she quipped: “I encourage him to note what life looks like in parts of the continent where people do not have—or cannot afford—access to energy.”

While shuttering coal-fueled power plants, the Climate Action Plan calls for more “clean energy” which will “cut our dependence on foreign oil.” He’s directing the Department of Interior to “green light” wind and solar projects on public lands and wants Congress to “invest in the clean-energy companies.” We’ve got two problems here. First, wind and solar don’t cut our dependence of foreign oil. The two have no connection to one another. The wind and the sun can be harnessed and, as a result, do produce electricity—albeit inefficient, ineffective, and uneconomical electricity. Foreign oil that we import is for our transportation fleet. It does not, with very few exceptions, produce electricity. Second, in Obama’s 2009 Stimulus Bill, he allocated nearly $100 billion for green energy projects that have produced an embarrassing number, more than 50, of bankruptcies and near bankruptcies—while lining the pockets of his friends and donors. He is obviously a slow learner. Dr. Phil might ask, “How’s that working for ya?”

In Tuesday’s speech, Obama did point to one success: “Since 2006, no country on Earth has reduced its total carbon pollution by as much as the United States of America.” The United States is the only industrialized country to actually lower carbon emissions. We’ve done it, not through extreme policies—but through private enterprise embracing our abundant natural gas. Encouraging extraction in the US and approving Liquefied Natural Gas export terminals would reduce global carbon emissions and help our economy.

“Rather than new federal regulations, he should be encouraging more natural gas development and approving Liquefied Natural Gas (LNG) export licenses,” states Kathleen Sgamma, Vice President of Government & Public Affairs for the Western Energy Alliance. “By exporting LNG, not only would America benefit from huge job growth, but we would be providing a low-carbon solution to other nations and helping them to likewise reduce their greenhouse gas emissions. Germany and Japan have increased their use of coal because they lack access to affordable natural gas, and their carbon emissions have risen. By stubbornly repressing exports, the President is standing in the way of a global solution to a global problem.”

The fact that natural gas is only given cursory mention, rather than being an integral part of Obama’s National Climate Action Plan, exposes his true motives—which, I believe, are not really about carbon emission reductions, but rather furthering America’s declining international status. Why else would he emphasize what has proven to not to work and eschew what we know to be effective?

The author of Energy Freedom, Marita Noon serves as the executive director for Energy Makes America Great Inc. and the companion educational organization, the Citizens’ Alliance for Responsible Energy (CARE). Together they work to educate the public and influence policy makers regarding energy, its role in freedom, and the American way of life. Combining energy, news, politics, and, the environment through public events, speaking engagements, and media, the organizations’ combined efforts serve as America’s voice for energy.