Freedom Centers Constitutional and Political Freedom Only Obama & Jack Lew Can Cause a Default ...

Only Obama & Jack Lew Can Cause a Default 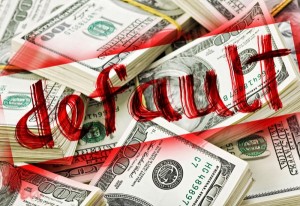 One remarkable aspect of the shutdown/debt limit battle is the irresponsibility (on the part of the Obama administration) and incompetence (on the part of the news media) concerning the claim that the federal government will default on its debt obligations if Congress fails to raise the debt limit. President Obama and his minions have clearly suggested that default is a real possibility:

“As reckless as a government shutdown is … an economic shutdown that results from default would be dramatically worse,” Obama said on Thursday. Clearly targeting Republicans, he said a default would be “the height of irresponsibility.”

Then, on the same day, Obama’s Treasury Department released a brutal statement that said a default would prove catastrophic, causing credit markets to freeze and leading to “a financial crisis and recession that could echo the events of 2008 or worse.”

As the shutdown dragged on, Obama repeated that Congress must “remove the threat of default and vote to raise the debt ceiling.”

But there is no threat of default. Constitutionally, the federal government must pay its debts. The Fourteenth Amendment, Section 4, states:

The validity of the public debt of the United States, authorized by law, including debts incurred for payment of pensions and bounties for services in suppressing insurrection or rebellion, shall not be questioned.

I believe this provision is universally understood to mean that the federal government must pay its debt obligations, both principal and interest, even if that means prioritizing debt service over other government spending. So the question is, if Congress does not raise the current debt ceiling, will the federal government run out of money needed to pay its existing debts? The answer is clearly No. A reader supplies the math:

So the “default” scenarios are bogus. Interest on the $16 trillion in debt is covered by a factor of about 10x by revenues! That puts the federal government deep into AAA land. Revenues would have to fall by a staggering 90% to jeopardize interest payments.

And, of course, retiring principal by “rolling over” maturing debt can never require an increase in the debt ceiling, since there is no net increase in the nation’s debt, even if the money used to repay the original principal is borrowed.

So what will actually happen if Congress doesn’t increase the debt ceiling by approximately October 17? The government’s debt obligations will be paid, but reductions in other spending will start to become necessary. In effect, leaving the debt ceiling as is would function as a spending cut. This is why the Democrats hate the idea so much. They know there is zero chance of default, but they are horrified at the prospect that voters and taxpayers may find out that there is a relatively simple way to bring about spending reductions that would create, in effect, a balanced budget. Hence the hysteria.

To be fair, some Republicans, including John Boehner, have also made public statements that support the plausibility of the default threat. Don’t ask me why. Others, like Rand Paul on Sunday’s Meet the Press, have tried to set the record straight:

NBC: Very quickly before I let you go. As you well know, there is a debt ceiling vote on the horizon. Will Republicans let this country go into default?

SEN. PAUL: I think it’s irresponsible of the president and his men to even talk about default. There is no reason for us to default. We bring in $250 billion in taxes every month, our interest payment is $20 billion. Tell me why we would ever default. We have legislation called the full faith and credit act and it tells the president, you must pay the interest on the debt. So this is a game. This is kind of like closing the World War II memorial. They all get out on TV and they say, we’re going to default. They’re the ones scaring the marketplace. We should never default.

The NBC reporter, Savannah Guthrie, apparently knew all along that talk about default is nonsense, because she immediately came back with this:

NBC: Let’s say you pay the interest on the debt and you don’t have a technical default. Wouldn’t there be dramatic consequences on the economy, anyway, the spirit of it?

There is only one kind of default: the “technical” kind. Cutting spending is not some other, “non-technical” type of default. And as for the impact on the economy, many economists believe that getting government spending under control is the best thing we can do to boost economic growth.

So next time you hear hysterical talk about default on the news, remember that those who raise the default specter either have no idea what they are talking about, or are trying to fool the uninformed.

John Hinderaker  is an author for PowerLine.