Freedom Centers Constitutional and Political Freedom A Crisis of the President’s Own Making ...

A Crisis of the President’s Own Making 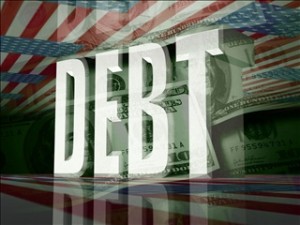 Unless Mr. Obama is willing to make a serious deal on spending, he will spend the next three years fighting the same budget wars over and over.

For months now, the GOP has been held hostage by a faction of its party that deluded itself into believing President Obama might be rolled on his signature health-care law. Witness now an equally grand delusion on the Democratic side, one that President Obama nurtures at his peril.

According to Democrats, their steadfast refusal to negotiate on the government shutdown or the debt ceiling is rooted in a belief that now is the moment to “break” the GOP “fever.” Democrats are furious that Republicans today use every Washington deadline to extract a spending concession—and insist they must be broken of that habit.

As New York Sen. Chuck Schumer put it on ABC’s “This Week”: If Democrats give in now to GOP demands, “it will lead to a future negotiation like that and a future one. If you go for this kind of hostage-taking once . . . it doesn’t go away, it comes back worse and worse and worse.”

Fact: The only thing that will make this “come back worse and worse” is a Democratic refusal to negotiate. Upon taking the House in 2010, Republicans made clear their top priority was getting the nation’s spending and debt under control—a goal backed by the vast majority of the country—and they meant it. Time and again, they have asked the White House to work with them to reform the very entitlement programs that Mr. Obama has admitted are unsustainable and the primary drivers of debt.

Time and again, a spend-happy White House and Democrats have dug in, unwilling to buck liberal interest groups, refusing to touch Social Security or Medicare, mulishly granting only small spending concessions. Those were given only under duress, and only because the GOP threatened Armageddon in the 2011 debt-ceiling fight. Even then, the White House stubbornly refused to cede one dollar more than what was necessary to push another debt-ceiling round past the 2012 election.

Water runs downhill. Republicans demand fiscal discipline. Whatever the near-term solution to this current impasse, the media and Democrats are deluded if they think the GOP will give up this issue. It is built into the Republican DNA; it is a baseline expectation of party voters. Republicans will continue to use whatever tools are available—government funding bills, debt-ceiling hikes, unrelated legislation—to force Democrats to cut, and they’ll do it again and again.

Republicans have always been clear on their price for ending these dramas. House Speaker John Boehner even provided a formula: One dollar in debt ceiling increase for every dollar of decreased spending. Even a law professor can do the math on what it will cost to liberate the rest of his term.

Were the president to embrace these negotiations, he could do just that. With a big enough give on entitlement reform (one that goes well beyond the tinkering in the recent Obama budget), Republicans might be willing to raise the debt ceiling to the end of Obama presidency. They’re open to fixing the sequester caps on sacred liberal programs. And free of the paralyzing budget fights, Mr. Obama could use the rest of his time in office for immigration reform, a focus on the economy, the building of a legacy.

Congressional liberals in particular are repelled by this idea—which is why so many are encouraging the “break the fever” baloney. Their biggest fear is that the White House will give any cover at all—much less big cover—to entitlement reform, and rob them of their favorite campaign issue.

But Mr. Obama doesn’t face re-election. He faces three years of trying to govern. And while the White House might like to brag that it is “winning” this battle, that’s a relative term.

Republicans have taken heat, but Mr. Obama’s own approval ratings are down. His most vulnerable House members are being forced daily to take painful votes against crucial funding, which will be used against them in 2014. Another financial downturn will be remembered in the history books as President Obama’s, not as some no-name GOP backbencher’s.

Mr. Obama’s options are extraordinarily clear. He can end the political pain now, sit down with the GOP for a real deal, get credit for tackling the debt, and clear the decks for the rest of his term. Or he can let this drag on and be pulled, kicking, into talks that yield just enough to buy him a few months. At which point we can all do this again. And then we can do it again.

That’s what the “break the fever” mantra gets Democrats. Republicans lately have had to face some tough political reality about “defund.” The White House might want to embrace a little reality face time itself.

Kimberley A. Strassel is a member of the editorial board of the Wall Street Journal.