Freedom Centers Defending Freedom Our War Fighters Deserve the Best Equipment and In ...

Our War Fighters Deserve the Best Equipment and Information 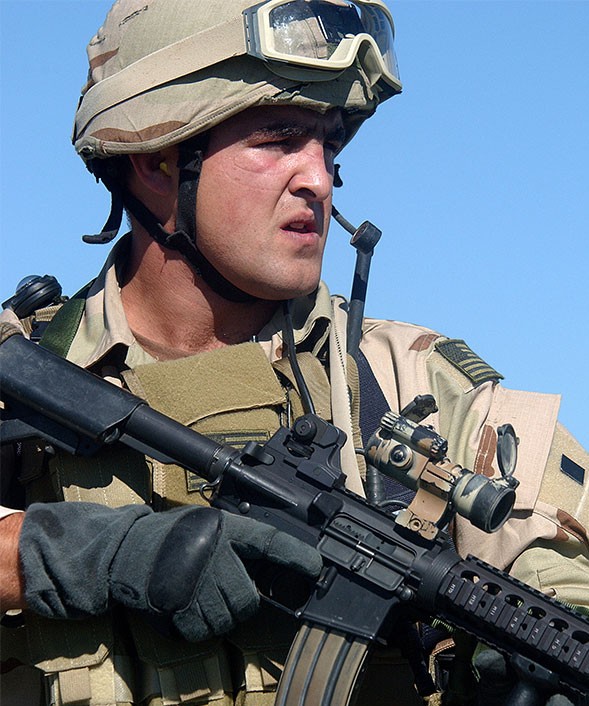 Americans understand the importance of arming our military with the best equipment and information. Whether it is a fighter jet, armored vehicle or an information platform, Americans want the brave men and women who defend our nation and our freedom to have every possible advantage in any conflict they may face.

Information technology is finally getting the attention it deserves. The Defense Department is working on an important effort to update and modernize its cloud information capabilities. The program, Joint Enterprise Defense Infrastructure, is designed, for example, to make sure that when our special forces raid a compound, they can receive and transmit updated information in real time. They could get almost immediate translations of documents that are found in the compound which could warn them of immediate dangers and save lives because of the speed with which they would receive vital information and analysis.

JEDI holds tremendous potential to give our war fighters real time access to not only data but high tech analytics. Just as we want our soldiers to have the best equipment, we also want them to have the best information systems and the best data and analytics.

The problem is there are some legacy defense IT contractors who oppose this new JEDI program because they fear it will make their older, less robust technologies obsolete. Simply put, it seems they are putting their financial interests ahead of the best interests of our fighting men and women. If they fear they cannot compete for the new needs of the military, they should figure out how to provide a better offering — rather than cheat our soldiers by locking them into dated and obsolete information technologies.

Imagine if the Air Force needed a new missile, but the makers of cannonballs formed a coalition to block the purchase of the new missile in hopes of keeping the military purchasing cannonballs. Imagine if the Navy needed new warships, but the tall sailing ship industry opposed building modern ships, and instead insisted that America continue to build wooden tall sailing ships that the Navy used when John Adams was president. This may sound pretty crazy, but that is exactly what some are attempting to do with our cloud IT

The Pentagon knows what it needs and what it hopes to achieve. But some legacy defense IT contractors are pushing for the Pentagon to dumb down the JEDI program so that their older technologies are still in play. Because the Pentagon appears to be highly committed to moving forward with JEDI, these entrenched interests are lobbying Congress hard, hoping to use political pressure to protect their financial interests. There is something profoundly wrong with this attitude and if this mindset prevails, our war fighters will face greater risks and suffer greater casualties — just like if we sent them into battle without modern helmets or body armor.

The Pentagon’s contracting process for JEDI has been entirely fair and transparent. The process doesn’t care who gets the contract. It only cares that our military men and women have the latest and most robust access to good information and solid analytics at a fair price. So whoever provides the military with the best, most robust options at the most competitive price, will win. So if you’re a lobbyist opposing JEDI, you’re effectively admitting that you’re selling second-rate solutions and putting your financial interests ahead of the interests of our military needs.

Since there are a wide variety of possible providers for the sort of services the Pentagon seeks, the competition will be robust. That is a good thing. No one can be sure who will win the competition. But this process means the best technology at the best price will soon be in the hands of our special forces, soldiers, airmen and sailors. That is clearly a good outcome.

In 2012, the CIA engaged in a similar modernization of its cloud IT capabilities. That competition included many of the biggest titans in the IT world — Microsoft, AT&T, IBM and Amazon, to name only a few. The CIA is very happy with the innovation and positive results that came from that modernization. John Edwards, the CIO at the CIA, called it “the most innovative thing we’ve ever done.”

The Pentagon needs to move forward with JEDI so that it too can modernize its cloud information systems. Congress should not allow lobbyists to skew the process or side-track it. Our war fighters deserve better than that.