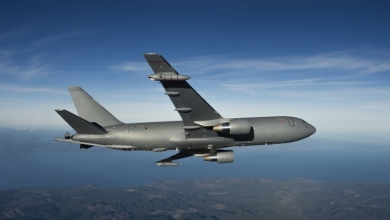 Boeing plans to begin delivering the new high-tech KC-46 Pegasus Tanker to the U.S. Air Force in the very near future.

There have been exhaustive tests, and the data from those tests has been turned over to the FAA and the Pentagon for final certification. Depending on how long it takes the government to review the data and provide the required certifications, the new tanker will be flying and refueling soon. This is great news because the planes that the new tanker will be replacing are on average 55 years old and many date back to the Eisenhower Administration.

It may surprise some to hear that the KC-46 Pegasus Tanker is a good news story on many different levels. Why a surprise? Because some treat every development challenge as a failure — even when those challenges are overcome and the final product is spectacular. Additionally, some contract bureaucrats inside the Pentagon have an interest in fomenting discord and running down the contractor and product as a negotiating tactic. So factual accuracy becomes the first victim.

Once the facts are known, it is clear that the new KC-46 Tanker is an awesome plane, with the most modern and up-to-date technology to help our war fighters defend and protect America. What’s more, it is a huge success from a taxpayer perspective.

Some people have erroneously spoken of cost overruns. But simple math proves that this is false. The Tanker program has cost $7 billion less than originally estimated. Additionally, Boeing has put about $3 billion of its own money into developing the Tanker. The taxpayer hasn’t been asked to foot a dime of those development costs. This sort of commitment should demonstrate Boeing’s dedication to delivering the best tanker in the world to our war fighters at the best possible price for the taxpayers.

Gen. Carlton Everhart, head of the Air Force’s Air Mobility Command, has flown the KC-46 so that he could personally assess the Tanker’s performance. So what did this Four Star General with more than 4,500 flight hours under his belt say about the new Tanker? He had high praise for the tanker’s performance and its high tech capabilities, as well as its versatility.

Everhart said the Tanker was responsive and has “game-changing technology.” He was impressed with the high-tech automation built into the tanker, as it will allow pilots to focus more on the details of their mission.

“It will bring tremendous capability to our joint war fighter,” Everhart said.

This tanker is more than a tanker. It is also a transport plane that can deliver personnel, supplies and cargo, and patients in need of medical attention. All of this is in addition to the tanker’s aerial refueling mission, which extends the range and on-site time capabilities of our fighters, bombers and intelligence efforts.

This tanker includes defensive systems that allow it to serve closer to the conflict and keep its crew safe.

Simply stated, every detail has been worked out and engineered to give our war fighters the highest quality, most high-tech and most versatile tanker imaginable.

When I see press reports generated by contracting bureaucrats who bad-mouth the new plane or the contractor, but also read glowing reports from actual pilots and the General who will have command of the planes, I will go with the experienced and knowledgable war fighter every time.

Let’s hope Congress has enough sense to ignore uninformed naysayers who have no real or practical experience with the plane. As Gen. Everhart said: “Every now and then, you’ve got to get out and smell the jet, look at the jet, and understand what the test points are.”

The bottom line is that war fighters love the new KC-46 Pegasus Tanker and are excited to receive this new state-of-the-art plane that will serve our nation effectively for the next generation or more. Congress should listen to what our war fighters have to say.