Freedom Centers Automotive Freedom Over-criminalization is Not the Answer ... 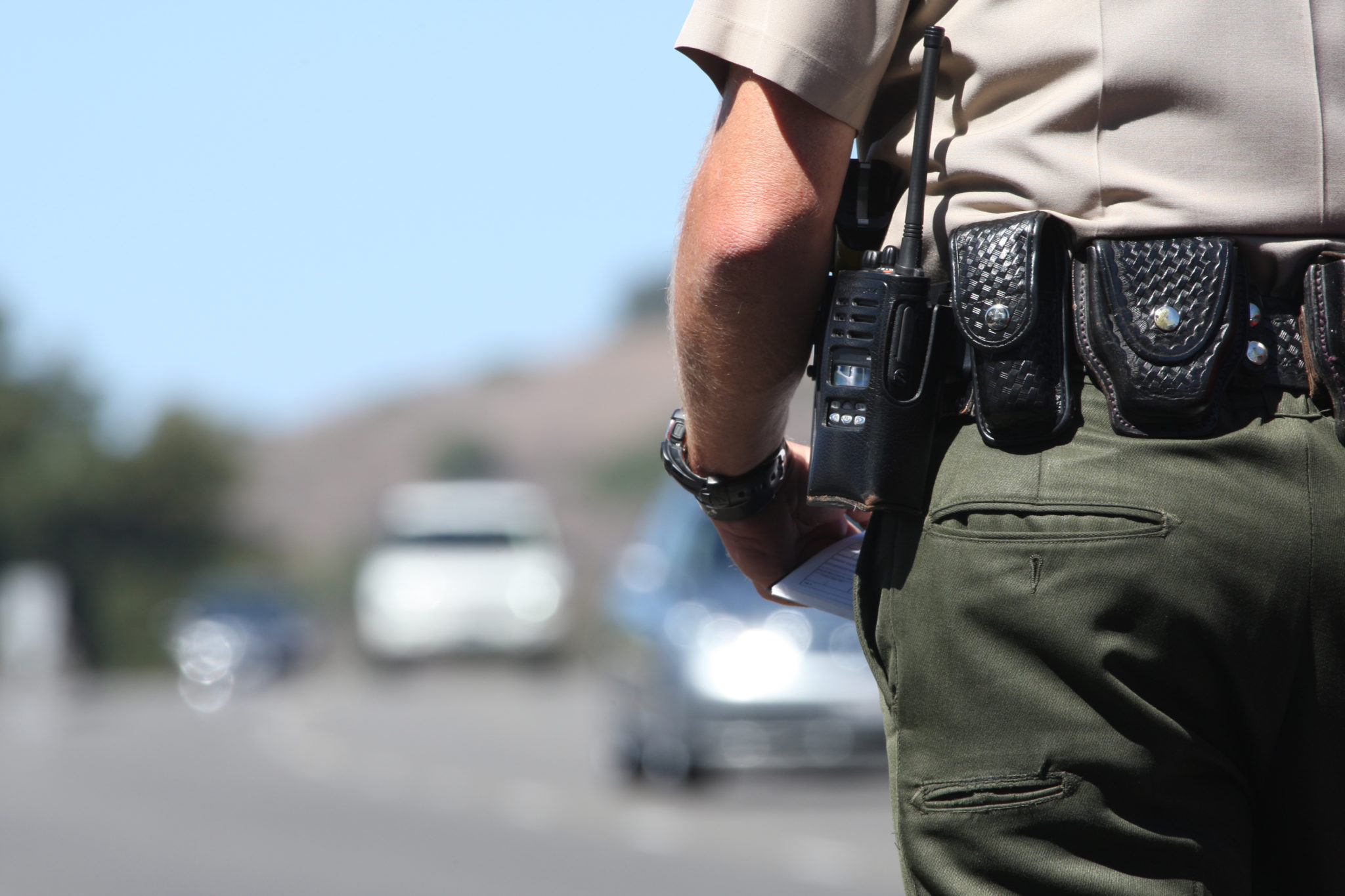 Any honest driver will admit, at least to themselves, that at varying points in long freeway drives, they have driven more than 10 miles per hour over the speed limit — just driving with the natural flow of traffic or by accident. How would you feel about being stopped for driving more than 10 miles per hour over the limit while on a family vacation and not getting a ticket, but instead being hauled off to jail? Does that sound like a reasonable exercise of government power? If we keep criminalizing ordinary and small infractions that virtually every American does, soon every American can spend time in jail. This is an absurd policy. Yet, that’s the direction things are going.

Over-criminalization — the practice of imposing draconian and wildly unbalanced penalties that have no reasonable relationship to the gravity of the offense — is a real problem in America today. More and more, government is criminalizing, not the obvious crimes of robbery, murder, assault, etc. Instead, government is busy criminalizing insanely idiotic stuff like paperwork errors, misunderstanding the regulations or laws of a foreign nation, following procedures provided by your employer that unbeknownst to you result in some small environmental harm, etc. There are more than 4,000 laws that could land you in jail. That covers a lot of fairly innocent stuff that isn’t actually criminal. And one of the worst is threatening to throw speeders in jail for driving more than 10 miles per hour over the speed limit.

Think about it — crimes usually define really bad behavior — criminal behavior. But now, good, honest, upstanding citizens can simply be driving on a freeway a mere 11 miles per hour over the speed limit and become a criminal. If that is the new crazy standard for criminality, than virtually every American who drives a car is a criminal. That is not only abusive, it is crazy!

Society shouldn’t be criminalizing something that virtually everyone does. We are not arguing that speeding laws should not be enforced. We are simply saying that speeding should be treated as speeding, not as a jailable crime. Ticket speeders with reasonable fines. But don’t jail them. That is simply over-the-top. That is why it is called over-criminalization.

There is simply no good reason to jail normal people for driving a little too fast. There are societal costs to this craziness — jobs can be lost, careers ruined, families damaged, and upstanding citizens unfairly labeled criminals. For example, what happens to a teacher convicted of so-called criminal reckless driving or someone who has a security clearance? This is the problem with over-criminalization — it is like grounding a child for six months for merely spilling their milk. Can you say over-reaction?

And when an officer can treat a traffic stop as a simple speeding violation or a crime — how comfortable are you that your bumper stickers, vehicle type, or appearance might become a factor in the determination of whether you receive a simple speeding ticket or are hauled off to jail?

Most police officers, and all of the officers we know personally, are dedicated and fair. They don’t want to be jailing speeders. But a few bad apples can use their discretion to single out drivers they don’t like and nail them with serious criminal sanctions for a simple traffic issue.

This isn’t just a theoretical problem. In researching for this article, we have spoken with several drivers who have been charged with reckless driving for going slightly more than 10 miles per hour over the posted speed limit of 70. Unfortunately, they were afraid to come forward for fear of retribution. This is the problem with big, abusive government — it mistreats you and you are forced to decide if coming forward to bring the lawlessness to light is safe. Each of the drivers was concerned that speaking up could bring harsher abuse.

But one young professional had a particularly interesting and clearly abusive experience. We will call him Robert. He studied criminal justice in college. He works as an advocate for at-risk youth with a local governmental agency. Not surprisingly, Robert is friendly, articulate and cerebral.

One night, Robert was visiting a college friend so that they could compare notes on youth programs and how to create some cooperative efforts. As the meeting was coming to a close, Robert received word that his aging grandmother had fallen seriously ill. So he left the meeting and drove on a country freeway in a Toyota Camry with the cruise control engaged. Traffic was not heavy, but Robert traveled with the other traffic which was likely somewhere between 80 and 85 miles per hour. The posted speed limit was 70. Soon he was pulled over by an officer who hadn’t used radar, but nonetheless accused Robert of reckless driving.

The officer was antagonistic and despite Robert’s calm demeanor, the officer was unwilling to listen to Robert and made wild accusations. While it shouldn’t matter, Robert is a black man. And while we may never know for sure, Robert felt like his race was a factor in the officer’s treatment.

Robert hired an attorney and went to court to challenge the charges. In the end, he decided to accept a criminal reckless driving conviction with no jail time and a $500 fine. That seemed a lot better than the threatened jail time and a $2,500 fine. Robert didn’t like it, but given the law’s unreasonable criminalization of modest speeding and the government’s willingness to use those criminal sanctions as leverage, he was left with few other options.

Once he paid his attorney and the fine and court costs, Robert was out $3,000, and a lot of time off from work to attend multiple court hearings. Now Robert lives in fear that his boss could find out about his criminal misdemeanor conviction and that it could jeopardize his bright future. For the record, a simple speeding ticket would have cost about $200 and involved no time off from work and would not have left him worried about his job or future.

As bad as all of this is, it could have been even worse for Robert. Had he not had the resources to hire a good attorney, he could have received jail time and the fine could have been even greater. That’s the problem with this law — it criminalizes a minor traffic matter. And once criminal sanctions are on the table, the government has all the leverage in getting a more lucrative outcome for itself.

Some naively argue that states have these draconian laws to promote safety. But the truth is Germany has higher speed limits and yet they have fewer highway deaths. It isn’t primarily speed that causes accidents, it is the speed differential in the flow of traffic. This fact has become known as the Solomon Curve. And it may explain why Germany’s freeways are relatively safe despite their higher speed limits.

If you want to know the real reason why states criminalize simple speeding, follow the money. Interstate highways can be cash machines for nearby jurisdictions. And speeding tickets as lucrative as they may be, are not nearly as profitable as criminal fines. A speeding ticket on an interstate highway will typically generate about $200. A criminal reckless driving conviction can generate thousands of dollars in fines. Creating a cash cow for local government is a poor reason for criminalizing what should be a simple speeding ticket. If generating income for government is the primary goal, why not criminalize jaywalking with huge criminal fines and possible jail time? That would bring in a lot of cash! But of course, generating income shouldn’t be the motivation for our traffic laws. This is an abuse of power.

What’s the solution? Virginia and other states need to review their traffic laws and treat simple speeding as a traffic violation with appropriate fines. If someone is driving like a bat out of hell through a school zone and endangers school children, that would qualify as reckless driving. But driving too fast on an interstate highway should not be punished as a crime. Just give them a ticket. Between the cost of the ticket and the potential increases in insurance premiums, there is plenty of incentive to keep speed within reason. Imposing jail time for a traffic violation doesn’t make any sense and it opens the door to abuse and injustice.

Let’s hope Virginia’s legislature realizes this law is an abuse of government power. Let’s hope that legislatures around the nation stop making criminals of good, decent, and productive Americans who happen to drive a little too fast on the freeway.