Freedom Centers Constitutional and Political Freedom The Demoralization Of The United States of America ...

The Demoralization Of The United States of America 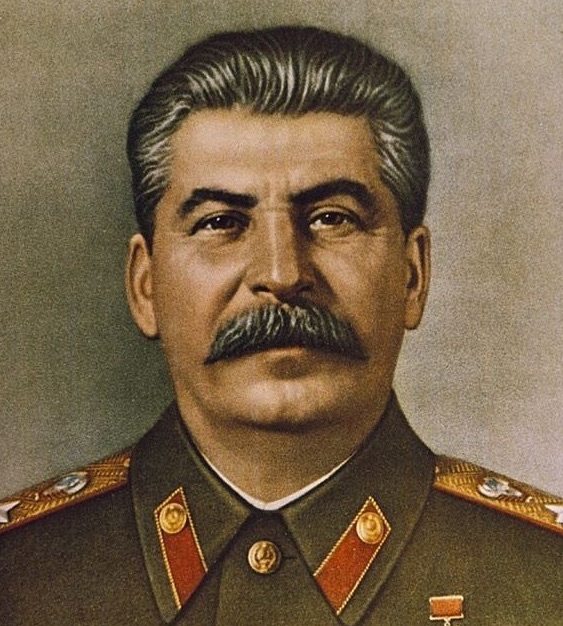 Observing from six feet under the democratic anarchy and the anarchical democracy in the United States of America since the election of Donald J. Trump to the Presidency, good old Iosif Vissarionovich Dzhugashvili, better known by his alias Joseph Stalin, cannot help but smile in his new grave at the seeming correctness of Karl Marx’s theory of history. Essentially, Marx predicted that capitalism will generate its own downfall because of internal contradictions and class conflicts. While this and another prediction of Marx, namely that the most developed countries will embrace communism first because of the greatest economic inequalities have turned out to be utterly incorrect, a minority of the clueless pseudo intelligentsia in the United States of America have endeavored to prove that after all Marx was right.

The crowning achievement of this Marxist minority was the election of a community organizer with questionable personal and intellectual pedigrees to the presidency in November 2008. Barack Hussein Obama wanted to “fundamentally change” American society.

Accordingly, instead of protecting and upholding the constitution, he wanted to surreptitiously change it. Instead of putting more Americans to work, he set about to create a majority of able bodied individuals wholly dependent on handouts from an all powerful government. Instead of improving the economy, he shackled it with onerous regulations. Instead of increasing coal, natural gas, and crude oil production, he tried to kill these industries in favor of the elusive mirage of solar energy. Instead of leading internationally, he invented the totally nonsensical and self-defeating strategy of “leading from behind.” Instead of dealing with the world as it is, he wanted to remake it to the image of Kwame Nkrumah’s and Jomo Kenyatta’s African socialism. Instead of dealing with America’s adversaries from a position of strength, he undertook to disarm the military. Instead of recognizing Islamic terrorism for what it is, he and his equally incompetent minions invented a long list of artificial definitions, designed to maintain the lie of Islam as the “religion of peace” par excellence.

His presumptive successor, Hillary Rodham Clinton, has proven her incompetence and base immorality for more than three decades. As secretary of state between 2009 and 2013, she wanted to have it both ways with Russia. On the one hand, she declared a new era, dubbed “reset”, and, simultaneously, tried to interfere in the Russian elections in 2009 and 2012. Meanwhile, she misspelled the Russian word for reset, which is perezagruzka, and used the Russian word for overcharged or overloaded, which is peregruzka. In addition, during her tenure at the State Department, she was incapable of learning how to correctly pronounce the last name of then president Medvedev. Otherwise, she flew around the world like a bumbling idiot, always putting both of her oversized feet in her lying mouth. Finally, her and her husband’s foundation’s corrupt dealings with monied politicians, including Russians, and the Benghazi fiasco, made her the laughing stock of the world.

Yet, like before her Barack Hussein Obama, Hillary Rodham Clinton was declared a genius, the best secretary of state in American history, a lawyer with unparalleled credentials, and the first woman to break the glass ceiling of sex phobia. In reality, she was a terrible candidate. She came across as arrogant, feeling entitled, and elitist. Above all, she was totally clueless. Calling the majority of Americans “deplorable”, she spent most of her time attending lavish fundraisers with the Hollywood elite and the Democrat establishment on the east and the west coasts. To add insult to injury, her campaign spied illegally on her opponent’s campaign and collected, again illegally, various campaign donations. When her well-deserved defeat came, she and her fellow travellers blamed everybody except herself and her campaign. To provide some rationale to her unfounded assertions, her camp invented the myth of the “Russia Collusion.”

Much has already been written about the investigation by Special Counsel Robert Mueller. To reduce this shameful charade to its core, one must conclude that it is a political conspiracy masquerading as an apolitical and purely legal investigation into the Trump campaign’s so-called collusion with Russian President Vladimir Putin to destroy American democracy. Without getting down to the swamp that the Trump-haters created, it is suffice to say that the opposite is true. From its inception, the Mueller investigation has been designed to destroy the rule of law and to overthrow the results of a perfectly legitimate elections. The harm that these Trump-haters have already caused to the United States of America’s global reputation as the most democratic and most law abiding state is more than catastrophic. Essentially, the lesson that the rest of the world learned is that elections in a democracy are not very important. What really counts is the ingenuity of the defeated side to employ the legal tools of a democratic state to paralyze the government and to ultimately destroy the legitimacy of the winner.

In their Goebbels-like zeal, the Trump-haters caused another tragedy. They have brought forth a false narrative about the Russian enemy, a sort of fifth column, that is mostly inaccurate. Surely, the Russian Federation is not a model democracy. Historically, the various incarnations of Russian societies were never comparable to the Western forms of governments. Neither was Russian culture identical or similar to Western cultures. The Russian Orthodox Church never espoused the same Christianity as the Roman Catholic Church or the countless reformist Christian establishments in the Western hemisphere. Russian characteristics were never identical with the characteristics of the people in the West. Yet, the desire to indoctrinate the American people is reminiscent of the Tsarist, the Communist, and the current Putinist propaganda. As despotism and dictatorship sowed the seeds of nihilism in the Russian character, the current Democrat and anti-Trump narratives foster irrational hysteria about the evil Russia with which President Trump and his Administration is forbidden to have any contact.

The result of these combined resistance forces – intellectual terrorism and the “circling the wagons” mentality – should not define who the United States of America and its people are. Moreover, the idiotic rhetoric of NBC, CNN, MSNBC, and alikes must stop. Rachel Maddow’s outbursts concerning “information warfare” allegedly waged by the Trump administration, Molly McKew’s use of the term “new Pearl Harbor”, the Chicago Tribune’s description of the relationship between the United States of America and the Russian Federation as “war”, the New York Magazine’s claim that President Trump was recruited by the KGB during his 1987 visit to the Soviet Union, not to mention the salacious episodes of the so-called Trump Dossier, are outright lies.

But most importantly, the demoralization of the American nation must end now. Otherwise, the United States of America will become the same miserable country that Russia has been for so many centuries.