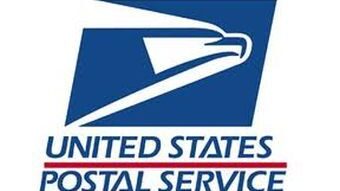 The alarms bells for the Postal Service’s financial position have been brought to the forefront yet again following the recent release of the Government Accountability Office’s new 2021 High Risk List of vulnerabilities for waste, fraud, and abuse within elements of the Federal government. The report cites USPS losses of $87 billion in the past 14 years and it is projected to lose another $9.7 billion in 2021.

While the nation’s usage of the Postal Service continues to fluctuate amidst changing consumer demands and adjustments to account for the COVID-19 pandemic, the GAO maintains that the USPS is still subject to the essential responsibility of operating with financial self-sufficiency by earning enough revenue from its products so that it can adequately cover costs.

Yet evidence of the USPS’ broken business model have persisted and accelerated as the agency’s expenses exceeded revenues by $18 billion in 2019 and 2020.

Surely the challenges must become a central focus as potential new members to the Board of Governors are considered. Newly announced nominees include recently retired Deputy PMG Ron Stroman, in addition to Anton Hajjar, the former general counsel of the American Postal Workers Union, and Amber McReynolds, CEO of the National Vote at Home Institute.

While the qualifications for the USPS board speak generally to the importance of candidates having a background in public service, law or accounting or have demonstrated skill in managing substantially large organizations, there are also designations that are very specific in nature, including requirements that, “the Governors shall not be representatives of specific interests using the Postal Service.”

With respect to the nominees, such stipulations present myriad questions about conflicts of interest and potential disqualification from consideration including, but not limited to candidates’ history in regularly endorsing and encouraging programs that entail USPS mailing services, and also major inquiries in regards to the representation of postal employees’ interests in direct negotiations with the organization in which they would potentially assume a leadership role.

This is especially important given the Government Accountability Office’s instruction that Congress is to take USPS’s financial condition into account in “any binding arbitration in the negotiation process of USPS labor contracts.” The GAO’s demands ultimately underscore the importance of ensuring that USPS is led by independent thinkers who acknowledge how rectifying the agency’s fiscal chaos is a foremost priority.

Frontiers of Freedom has previously cautioned that simply absolving the USPS of its debt without achieving structural reform would be a nightmare scenario. Following the release of the Postal Service’s year-end financials for 2020, we emphasized the importance of taking action: “In order to effectively manage and reduce the agency’s $160 billion debt, the USPS must update its policies and work with the incoming Biden administration to create thoughtful reform that will help preserve and ensure the success of our most important public institutions.”

The challenges facing the U.S. Postal Service are surely far too significant to be entrusted to potential leaders with unknown motivations and who lack the urgency to help USPS achieve more sustainable financial footing.