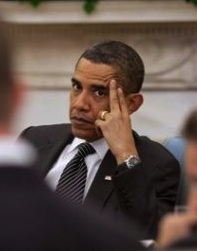 Pressure is mounting on the Obama Administration to come clean about the terrorist attacks on the American consulate in Libya and the other embassy attacks throughout the Middle East and beyond. The past week has revealed a deeply cynical attempt by both the Obama White House and much of the mainstream media to deceive the American public and to help Obama avoid responsibility for his failed and naive foreign policy.

From day one and continuing for more than a week, the Obama Administration has said that the attack that killed an U.S. Ambassador and three other diplomats was a spontaneous protest that got out of hand and was caused by an obscure YouTube movie. That was manifestly absurd at the time it was first uttered and the facts have since proven that it was a false narrative.

But what is most bizarre is that more than a week later, the Obama Administration is reflexively refusing to admit the full truth about the attacks. The reason is politics. Obama is putting his re-election over national security.

The attack was well planned and coordinated and it had nothing to do with any movie. The movie was merely a pretext. The troubling thing is that from day one the Obama Administration has claimed it was not terrorism, but was merely a spontaneous protest that got out of hand. If they had wanted to claim that they were investigating and did not yet know all the facts, they could have said that. But that is not what they did. They told us it was not terrorism, it was not a planned or organized attack, and it was not al Qaeda. They were self-evidently wrong. This is an irksome pattern with Obama — who has repeatedly discounted  terrorism and tried to minimize it. Labeling the slaughter at Fort Hood “work place violence” is only one example of the Administration’s inability to deal with the truth.

But regardless of how the Administration wants to characterize recent events, the real question is why were our embassies so completely unprepared on the anniversary of the original 9/11 terrorist attacks.  How did we miss this one? We didn’t need any “actionable intelligence” to know that on the anniversary of 9/11, the risk was much higher and we should be prepared with extra measures. But we were caught completely flat-footed and four diplomats were horrifically killed.

It is important to Obama to maintain the falsehood that these were spontaneous protests caused by an obscure movie. He doesn’t want to admit what was plainly obvious for several reasons. First, Obama foolishly predicted that his mere inauguration would reduce hostilities in the Middle East. Admitting the truth would be admitting that he was wrong. Second, Obama has conducted his foreign policy on the premise that those who previously disliked us, did so because of Bush, and that they would like Obama better. Admitting the truth would be admitting that his foreign policy was naive and based on a false premise. Third, admitting the truth would require Obama to also admit that things are now far worse than they were four years ago. Obama cannot admit the facts because that would be tantamount to admitting that his policies have failed to make America safer. Fourth, politically, Obama believes he has to maintain the facade of a successful foreign policy president for at least another five weeks because there is an election bearing down on him. The economy is weak and languishing. The events of last week if properly understood, make it clear that his foreign policy is also weak and failing. He cannot admit anything that would reveal to voters that he is in over his head.

The White House feels it has to deceive the public. If the attack were merely an unforeseeable overreaction to an offensive YouTube video, than Obama can’t be blamed. But if it were a well-coordinated and planned terrorist attack by al Qaeda and we were totally unprepared even on the anniversary of 9/11, then the Obama Administration is to blame. So the White House has opted to lie about what happened and even what the facts are hoping to avoid responsibility for a failed foreign policy and a national security debacle. But this basic dishonesty not only makes the president look weak and inept, it makes him look feckless and disrespectful of the fallen.

The Middle East is in flames and American embassies (or consulates) have faced violent mobs in Libya, Egypt, Tunisia, Sudan, Indonesia, Iraq, Iran, Bahrain, Afghanistan, Yemen, Kashmir, Malaysia, and Nigeria. Our embassies were not prepared at a time when they obviously should have been.  No special intelligence or warning was needed. Leading up to every anniversary of 9/11, I always wonder if there will be new attacks and I pray that we are prepared. Somehow, this didn’t even occur to the Obama White House.

Perhaps if Obama had regularly attended his security briefings, it would have occurred to him that on the anniversary of 9/11, he might want to put embassies in hot spots in the Middle East on heightened security. But that didn’t occur to him. The result is that almost a dozen embassies were attacked, in multiple locations our flag was torn down, burned and replaced with the black al Qaeda flag, and four diplomats were savagely killed by terrorists. This is a huge foreign policy and national security failure and it brings into question whether Obama is up to the job. That is why the White House is dissembling.

The Obama Administration has steadfastly claimed that they had no advance warning of the attacks. But to believe that, we must ignore the other deceptions we already know about and we must ignore the statements of multiple foreign security and military officers in several different nations who all say they told the U.S. of an increased risk for attacks on our embassies on the anniversary of 9/11.

Why won’t Obama admit the truth? Why play political games with national security and the death of four Americans? Why attempt to deceive the American public? The answer is — Obama hopes to avoid accountability for his failed foreign policy and the fact that under his watch, America is less safe then it was four years ago.

Virtually every child has done the same thing — denied responsibility for something they’ve done, but for which they hope to escape responsibility. Mom finds the vase broken in the living room and asks the child if he did it. The child lies hoping to avoid the displeasure of his mother for having thrown the ball in the house. Likewise, Obama and his team have been lying to the American public. But Obama is not a child. We have a right to expect better from the President. Obama let American down by not being prepared on the anniversary of 9/11. But Obama lost our trust and respect when he dishonestly tried to hide his failure so he could advance his political fortunes.