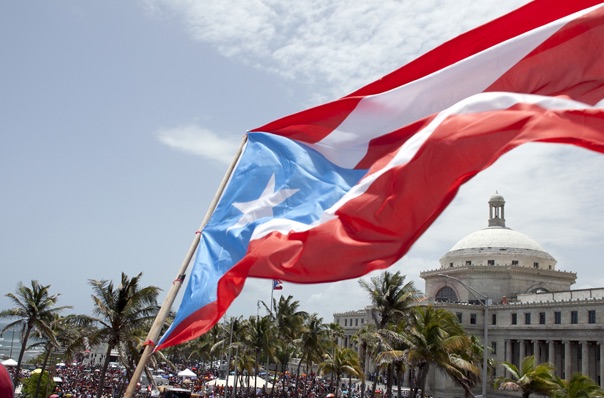 I write you today on behalf of Frontiers of Freedom to express our concern over the Puerto Rican Government’s $46 billion in severely underfunded pension liabilities.

Recently, a Puerto Rican Government-sponsored coalition published a report claiming that the Commonwealth may have violated its own constitutional debt limit in borrowing up to $30 billion from creditors. The commission asserts that, if this is the case, the island would not be obliged to repay the money it borrowed, despite the fact that it did not warn bondholders of the sale’s potential illegality at the time it sold bonds to them. This report, which was authored in part by a major labor union, is a thinly-veiled attempt to ensure preferential treatment for Puerto Rico’s public pension system, which congressional Democrats, members of the Obama Administration, and Puerto Rico Governor Alejandro Garcia Padilla have sought to retroactively prioritize over the island’s other creditors.

Troublingly, the Puerto Rico legislation before the Senate, PROMESA, makes this retroactive reprioritization possible by giving the appointed “oversight board” the latitude to override preexisting contracts, and enabling Puerto Rico’s government to exhaust its resources funding pension systems while defaulting on payments to bondholders, who will be unable to seek recourse in the court system because of the legislation’s legal stay.

Both of these possibilities are in direct conflict with contractual rights of bondholders, who bought bonds under clear terms governing how they would be dealt with in the event of a cash shortage. Some of these bondholders made their investments at low interest under the explicit mandate that they held priority status over all government obligations – including underfunded public pension systems.

If PROMESA is enacted, Puerto Rico’s bankruptcy will be the largest and most significant municipal bankruptcy in American history, and will serve as a model for all large-scale public bankruptcies that follow. If Puerto Rico’s bondholders are treated as second class citizens in this matter, whose private property rights are subject to overridden entirely for the benefit of a government that has neglected basic responsibilities to its employees, then bondholder will and should expect to be treated similarly in any subsequent crisis. This will have grave consequences for the municipal lending market, and for the millions of seniors and retirement savings who are exposed to municipal bonds. As such, members of Congress should demand that these provisions are clarified in any version of this bill that they mark up, so that the legal and private property rights of Puerto Rico’s bondholders are respected.

Thank you for your time and consideration on this matter, we look forward to providing any other insight which you might find useful.