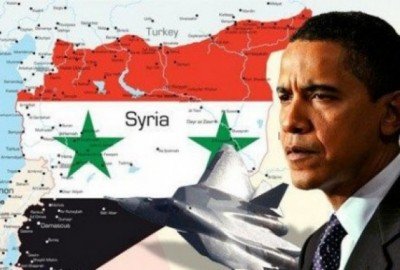 As the armed conflict enters its sixth year in Syria, three interrelated events have given rise to cautious optimism.  Simultaneously with the start of the peace talks in Geneva, Russian President Vladimir Putin announced a partial troop withdrawal from Syria.  In addition, in Brussels, the long lingering and potentially divisive refugee and migrant crisis moved toward a compromise-like solution between the member states of the European Union and Turkey.

What begun as an unarmed protest against the senseless murder of  a few teenagers, has rapidly escalated into a full-blown armed conflict with ethnic and religious overtones, and the direct and indirect involvement of the states and non-state combatants supporting or opposing the Assad regime.  The result has been the mass exodus of 4.5 million individuals, 6.5 million internally displaced persons, and close to half a million Syrians who perished in the fightings.  Moreover, Syria’s underdeveloped economy has been completely destroyed, including the country’s entire infrastructure.  Indeed, Syria has been reduced, for its survival, to the handouts from Iran and multiple international aid organizations.  The armed conflict in Syria and the civil war in Iraq have gradually morphed into a political and military vacuum that, in turn, has been filled by ISIS in both countries.

From the very beginning of the armed conflict, Bashar Assad and his Alawite dominated administration have taken an ambiguous stand.  Calling the regime’s opposition “conspirators” with an “Israeli agenda”, he blamed the chaos in the country on those who rejected his nonexistent reforms.  Yet, two weeks later, his tone became more conciliatory.  He lifted emergency laws that were in effect for almost half a century, but announced that there would be no longer “an excuse” to fight against the regime:  “We will not tolerate any attempt at sabotage.”   However, his tone changed again.  On June 20, 2011, he stated:  “There are those who are killing in the name of religion and want to spread chaos under the pretext of religion…..The state is like a mother or father……When a state affords clemency to those who erred it means it acts in a very responsible way.”  And again, in 2013, at a banquet of scholars and society figures, he softened his language:  “We will pursue tolerance with those misled, not those who perpetrated bloodshed, in parallel with striking at terrorists.”  Moreover, he warned that “We have been flexible not out of naivety, but because we do believe in political work.”  Finally, in July 2014, just two months before the Russian intervention, he intoned:  “We are not collapsing…..We are steadfast and will achieve victory.  Defeat does not exist in the dictionary of the Syrian Arab Army.”

Meanwhile, the Middle East policy of the Obama Administration has proceeded from being an incoherent jumble of indirect interventions on behalf of discombobulated armed groups with diametrically opposed objectives to alternately adopting the Saudi, the Turkish and the Russian policies vis-a-vis the Syrian quagmire.  Attempting again to construct a winning strategy on the debris of his failed foreign policy since the outbreak of the so-called “Arab Spring”, President Obama and his two Secretaries of State have confused the catastrophe of the Middle Eastern feudal ideal with the middle class’s desire to overthrow the existing authoritarian regime, and the concomitant establishment of a politically and economically more equitable social order.  The President’s habitual misjudgment of the international situation is not just regrettable, but grossly detrimental to the national security interests of the United States of America, and the core interests of its allies.  Thus, Barack Obama has succeeded in accomplishing two things with a single stroke – alienate both the twenty one allied countries of the Arab League as well as Israel.

Conversely, Russia has had only a single ally, Syria, in the Middle East.  Yet, President Vladimir Putin has been able to exploit the chaos in Syria to his advantage by transforming Russia’s weak strategic position into a formidable force.  His strategy in the Syrian conflict has been two-pronged.  Primarily, Putin aimed at protecting Russia’s interests by directly intervening on behalf of  the Assad regime.  Simultaneously, he wanted to cement Russia’s position as a major player in the upcoming negotiations concerning the future of the greater Middle East.  To give credit where it is due, he succeeded in both of his objectives.  On the one hand, he weakened ISIS militarily and geographically.  In addition, by pulling out most of his forces from Syria, Putin signaled his intention to be ready to move from the military phase to a political solution.  On the other, he also accomplished the long term objective of using Russia’s intervention to demonstrate the technological progress of the various branches of the Russian military and their ability to use the modern weaponry effectively.  All these were enabled by the Obama Administration’s self-contradictory policies, grounded in the White House’s proclivity to incompetently micro-manage local and regional conflicts.

The big losers of this strategic chess game are Iran and Turkey.  The ad hoc Russian-Iranian alliance appears to be merely tactical and thus might have questionable long term strategic value.  The Assad regime’s fate is firmly in the hands of the Russian President.  Thus, the present Russian strategy provides sufficient flexibility to leave open several possibilities for future cooperation with any state involved in the negotiations in Geneva.

During the Geneva peace conference, Turkey a member state of NATO, could experience a Syria-like meltdown.  President Erdogan’s inflated ambition, coupled with the political aggression of his Prime Minister, Ahmet Davutoglu, threaten to further weaken the southern flank of NATO.  Indeed, Erdogan’s unpredictability which is matched only by the Kurds desire for full autonomy, or even an independent state, have opened up almost endless opportunities for mischiefs in the Middle East and in Europe.

Clearly, there are no comprehensive satisfactory solutions for Syria.  The Alawite-dominated dictatorship cannot survive in its current form.  Yet, Syria’s tragedy runs deeper than the fate of the Assad regime.  Chief among Syria’s ills are the weakness of its political institutions.  The country’s salvation hinges on maintaining its unity under a new constitution and simultaneously strengthening the legitimacy of its future government.  This can be accomplished either by a union, or by a looser federation of the various ethnic and religious entities.

Being strategy-oriented rather than ideological, Russian foreign policy sees no merit in the constant satisfaction of authoritarian regimes and individual dictators.  Neither does Moscow have any illusion about the viability of transforming all of the middle eastern societies quickly into stable political and economic entities.  Yet, Putin knows that Syria must be politically stabilized and rebuilt economically.  The United States and its allies assess the state of affairs in Syria in identical fashion.  The recent agreement between the European Union and Turkey cannot be the basis for a permanent solution. The real solution is to allocate the financial resources needed directly for the rebuilding of Syria and the repatriation of the refugees, for the winners of the armed conflict will be those who will win the peace.  In this context, the crucial difference between the United States and Russia lies in their attitudes toward individual liberty and material prosperity.  However, peace and stability in the greater Middle East are in the interest of both powers.  The scourge of religious fanaticism and ethnic hatred must be removed and buried.  Such a funereal objective could be accomplished only by the joint capabilities of the entire international community.  Only then could the restoration of Syria begin in earnest.