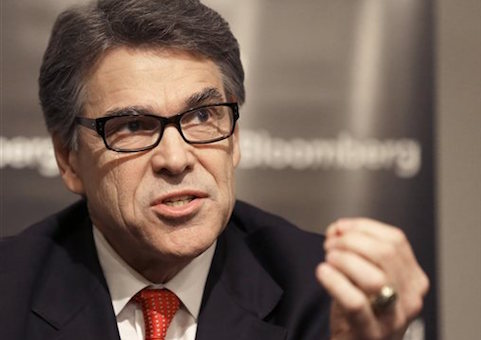 Rick Perry, the former governor of Texas, says it is “outrageous” that so few people have been held accountable at the Department of Veterans Affairs after the Obama administration promised action would be taken against those found responsible for manipulating wait times at VA hospitals.

Internal documents obtained by the New York Times show that despite claims by the department that at least 14 people had been fired, only three actually have lost their jobs.

“It is outrageous that the Obama administration has not held people accountable for manipulating wait times in VA hospitals after promising to take action against those implicated in the scandal,” said Perry.

The documents reveal that the department punished only eight of the 280,000 employees. According to the Times, “one was fired, one retired in lieu of termination, one’s termination is pending, and five were reprimanded or suspended for up to two months.”

This falls far short of claims by VA officials.

Secretary Robert A. McDonald, who was appointed in the wake of the scandal, asserted in February that 60 department employees were fired after an investigation found that they were involved in manipulating wait times. His statement was later clarified by the department and the number fired was reduced to 14.

The revelation of the inflated numbers shows that we must “do better,” said Perry.

“We owe so much to the men and women who put their lives on the line to defend our nation, and it is imperative we do better to ensure that our nation’s heroes get the care and treatment they rightfully deserve,” said Perry.

The department did not dispute the Times’ report, and said in a statement that it is “committed to holding employees accountable for misconduct.”

The VA is still paying salaries to at least two top officials who remain on leave as it continues its investigation.