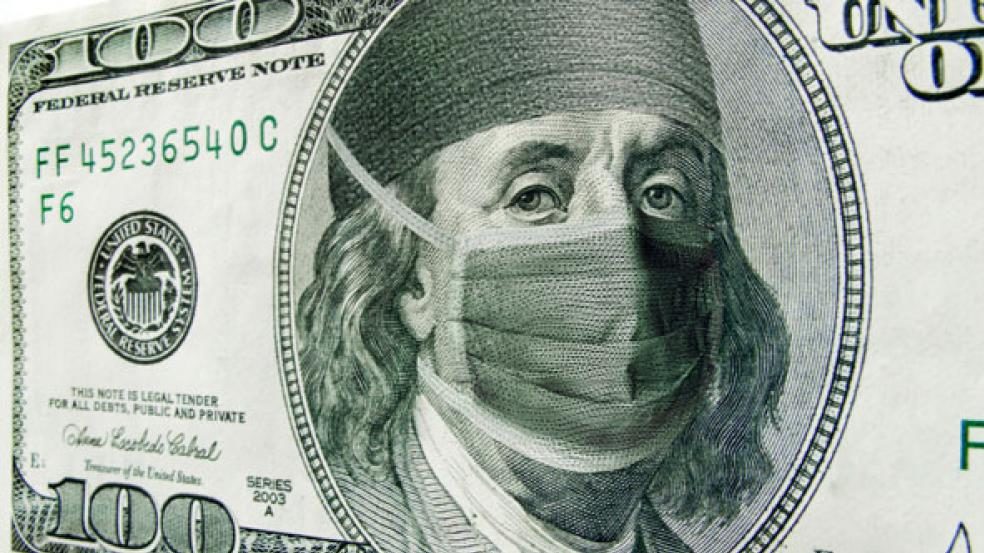 But don’t worry, kids: sure it’ll kill future life-saving medicines from ever coming to market, but when you’re done paying for this Pelosi-scale largess, I’m not sure you’ll be able to afford anything nice, anyway.

The deal reportedly under discussion in the Senate would be to meet almost all of Pelosi’s spending demands — did I mention that Republicans control the Senate and President Trump is our chief executive? — and “paying” for it in part by installing crudely designed price controls on the drug industry.

This bright idea is the brain child of Sen. Ron Wyden (D-OR), the chairman, er, ranking member, of the Senate Finance Committee. (Sorry – it’s easy to get confused about who is running things over there).

The headline at Politico tells you everything you need to know: “Senate Republicans pray Trump will take budget deal.”

Imagine how that’s going to go:

“And raising the debt ceiling?”

“How the hell are you going to pay for it?”

It’s a complete disgrace, and I expect Trump will not take kindly to an outcome where he gets taken for a ride by Nancy Pelosi.

The price controls under discussion are a “Squad”-caliber idea, the “Squad” being the quartet of Socialist Democrats led by Alexandria Ocasio-Cortez who spent last week attacking Pelosi as a racist for not being left-wing enough (you can’t make this up!).

I describe it that way because the proposal is the same combination of Che Guevera-t-shirt-wearing ideological zealotry and breathtaking economic illiteracy responsible for such gems as AOC’s comically melodramatic pronouncement that “the world is going to end in 12 years” because of global warming.

Price controls are already the economic equivalent of a child demanding a pony: they demand an outcome without any regard or awareness of the reality of making it so. We want lower prices, so we’ll order them lower! Except, the cost of production remained just the same, or even increased once the people putting nation-state-level amounts of capital on the line just noticed the infantile children bickering in Congress are about to make a big mess.

The cost of producing one new drug is typically $2.5 billion. Private companies have to pay that up front, without knowing if the effort will succeed or fail, or in this case whether Wyden and Pelosi will decide they need some of that moolah to pay for women’s studies departments, free abortions and sex changes, and only Heaven knows what other insanities they can dream up.

But, you know, some children at least know something about ponies. Some demand a Shetland, for example. The Wyden child doesn’t even know what a pony is, he’s just throwing a tantrum. That’s my best attempt at explaining how stupidly designed these particular price controls are.

First, the proposal punishes price increases of individual drugs compared to inflation. Not only does this ignore any particular circumstances (sudden spike in supply cost for a particular compound, for example), it creates a giant incentive to pad price increases across the entire product line, untethering the price of any individual drug from actual production costs.

Second, the vehicle for delivering these price controls is the Medicare Part D, otherwise known as the one part of the entire federal health care system that shows any sanity and cost-effectiveness — thanks to its use of market principles.

Part D is the only large government program in the history of humanity to come in 40% under budget, which is practically on par with feeding the crowd of 5000 from a basket when you think of the endless list of failed health care “reforms” that cost an eye-watering amount above their price tag.

Why did Part D work? Because it managed to install some semblance of a market, which consumer choice, and real competition, in the form of the plans that compete for patients. Exactly the opposite of the price controls we may be on the verge of adopting to “pay for” Pelosi’s world domination tour — sorry, the obscene spending she demanded and the Senate Republicans appear all too happy to accept.

It’s shameful. Something deep inside the chests of Senate Republicans should cause them to reject a bad Pelosi proposal — simply as a matter of self-respect!  But if you believe that most politicians have anything more than trace amounts of self-respect, boy have I got some wonderful price controls to sell you!