Freedom Centers Constitutional and Political Freedom Trump and the GOP can protect the American taxpaye ...

By George Landrith • The Economic Standard 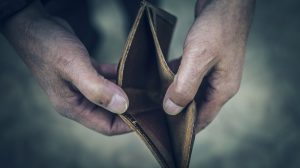 The US House of Representatives is getting closer to voting on the Butch Lewis Act, which failed to pass last year. While a number of provisions in the current version of the legislation make it an unworthy solution, the truth is the problem it attempts to address is real and the legislation even with its flaws does create the opportunity to amend and improve it so that a serious financial crisis can be avoided. Conservatives should consider this an opportunity.

Many multi-employer pension and defined pension plans are now on the brink of failure. They carry over $600 billion of unfunded liabilities and are dangerously close to failing. Millions of retired Americans in states like Pennsylvania, Wisconsin, Michigan, Minnesota, Ohio, Nevada, Florida, Colorado, Maine and New Hampshire could lose their retirement. If that happens, they will be thrust onto the welfare rolls and the fruits of their life’s work will be lost.

Even those who don’t have such pensions, are at risk. The 2008 housing bubble that triggered a huge economic slowdown, impacted everyone — not merely those whose mortgage was foreclosed upon. And we spent the next five plus years in economic turmoil and that was used as an excuse to grow the government. So we paid twice — first with the economic downturn and lost jobs and second, when government spending and debt grew dramatically and government’s penchant to over regulate drastically expanded.

President Trump could ensure his reelection in 2020 and conservatives in the House could insure a return to the majority as well — if they can fashion a sustainable, conservative fix to the pending multiemployer pension plan crisis.

In 2016, Trump won a number of states narrowly — states like Pennsylvania, Wisconsin, and Michigan. In those states and many others — Ohio, Colorado, Nevada, Minnesota, Maine, New Hampshire and Florida — there are millions of citizens who are participants in multi-employer pension plans. Each of these potential voters has family and friends which only multiplies their electoral influence. By stepping in and averting this potential economic pitfall, Trump would win millions of blue collar voters in key states. Likewise, GOP congressmen who had a difficult year in 2018, could find themselves swimming with the current and regain the majority if they can take the opportunity to use the Butch Lewis Act as a starting point to address the multiemployer pension plan crisis in a conservative and sustainable way. Even Senate Republicans could see their majority grow if they move helpful legislation.

In each case, those numbers could either expand upon Trump’s 2016 victory, or flip a state that he narrowly lost in 2016, to make it part of his expanded victory in 2020. And once you account for family friends and relatives, those numbers only increase the potential for an impressive reelection victory.

For GOP members of Congress, this provides a powerful way to win the support of working class voters and pave the way to reclaiming the majority in the House and help the Senate preserve and grow its majority.

It may be tempting to leave this problem to fester and then let some future President and Congress deal with it when this pending crisis becomes a full blown, current crisis. But that’s dangerous and risky. The far Left has repeatedly signaled that they won’t let a “crisis go to waste.” They will use any crisis as an excuse to grow government, bust the budget and further smother economic opportunity with burdensome regulations. So solving this now is actually the conservative thing to do. It protects taxpayers and it can keep government growth in check.

A workable and permanent solution will include a number of important principles.  First, the affected pension plans must be reformed by requiring them to meet more rigorous and realistic actuarial standards. Second, the reform must engage all the stakeholders to share in the costs, including at least temporarily, the retirees — rather than passing off the costs to taxpayers. Third, modest loan guarantees must be authorized to help pension plans that make the required reforms. This will allow them to get through their short term cash crunch and get back on a firm actuarial footing when the loans would be fully repaid. Fourth, the Pension Benefit Guarantee Corporation (PBGC) must be reformed to make it function as a real insurer where risks and cost balance out. If nothing is done, the PBGC will be bankrupt within 6 years — leaving taxpayers to make good on its promises which will cost hundreds of billions.

If President Trump and GOP conservatives become the champion of a wise pension plan solution like this, they can easily win re-election in 2020, regain the House majority, and expand their Senate majority. That is why the Butch Lewis Act with all its problems, presents conservatives with a real opportunity to fashion a solid conservative solution that benefits all Americans.