Freedom Centers Constitutional and Political Freedom Rural Americans would be serfs if we abolished the ...

Rural Americans would be serfs if we abolished the Electoral College

If the National Popular Vote drive kills the Electoral College, rural and small town Americans who supply our food and energy will lose their voice. 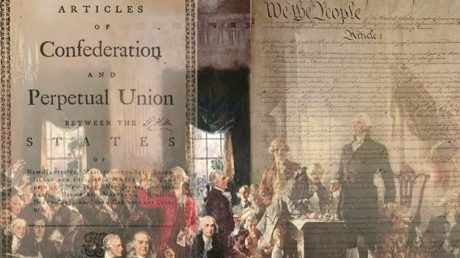 Should rural and small-town Americans be reduced to serfdom? The American Founders didn’t think so. This is one reason why they created checks and balances, including the Electoral College. Today that system is threatened by a proposal called the National Popular Vote Interstate Compact, or NPV.

Rural America produces almost all our country’s food, as well as raw materials like metals, cotton and timber. Energy, fossil fuels but also alternatives like wind and solar come mostly from rural areas. In other words, the material inputs of modern life flow out of rural communities and into cities.

This is fine, so long as the exchange is voluntary — rural people choose to sell their goods and services, receive a fair price, and have their freedom protected under law. But history shows that city dwellers have a nasty habit of taking advantage of their country cousins. Greeks enslaved whole masses of rural people, known as helots. Medieval Europe had feudalism. The Russians had their serfs.

Credit the American Founders with setting up a system of limited government with lots of checks and balances. The U.S. Senate makes sure all states are represented equally, even low-population rural states like Wyoming and Vermont. Limits on federal power, along with the Bill of Rights, are supposed to protect Americans from overreaching federal regulations. And the Electoral College makes it impossible for one population-dense region of the country to control the presidency.

This is why Hillary Clinton lost in 2016. Instead of winning over small-town Americans, she amassed a popular vote lead based on California and a few big cities. She won those places with huge margins but lost just about everywhere else. And the system worked. The Electoral College requires more than just the most raw votes to win — it requires geographic balance. This helps to protect rural and small-town Americans.

Now a California millionaire named John Koza is trying to undo this system. He is leading and funding the National Popular Vote campaign. Their plan is to get state governments to ignore how their own citizens vote in presidential elections and instead get them to cast their electoral votes based on the national popular vote. If it works, this will be like getting rid of the Electoral College but without actually amending the Constitution.

‘2 wolves and a lamb’ voting on lunch

California has already passed NPV, along with 13 other states plus Washington, D.C.  Nevada, with six electoral votes, could be next. NPV only takes effect if it is joined by enough states that they control 270 electoral votes, which would then control the outcome of all future presidential elections. If that happens (NPV needs 81 more electoral votes), and if the courts do not strike it down, big cities will gain more political power at the expense of everyone else.

The idea that every vote should count equally is attractive. But a quote often attributed to Benjamin Franklin famously reminds us that democracy can be “two wolves and a lamb voting on what’s for lunch.” (City dwellers who think that meat comes from the grocery store might not understand why this is such a big problem for the lamb.) And when you think about it, every check on government power, from the Electoral College to the Bill of Rights, is a restraint on the majority.

The Electoral College makes it even harder to win the presidency. It requires geographic balance and helps protect Americans who might otherwise have their voices ignored. All Americans should value constitutional protections, like the Electoral College, that remind us that the real purpose of government is to protect our individual rights.