Shutting down World War II Memorial: A Symbol of Malice 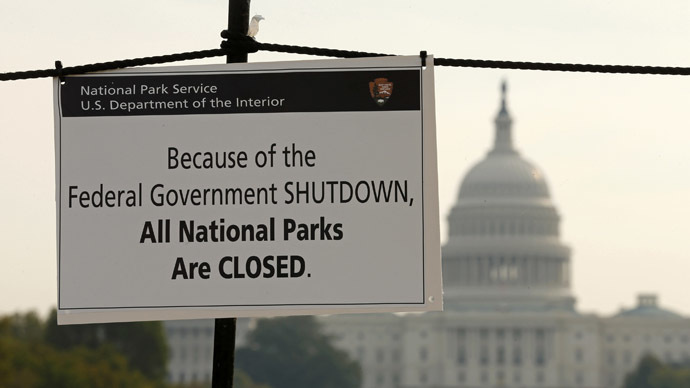 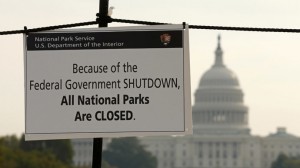 The mainstream media is in the midst of one of its regular exercises in completely missing a wave of groundswell conservative anger — this time over the closing of the World War II Memorial. It’s as if the entire conservative case against the Obama administration’s incompetence, malice, and inefficiency was boiled down into one incident.

1. Government overreach: This was a monument built almost entirely through private donations — now the government pretends the monument belongs to it, and not to the people who donated to build it, not to the vets whose sacrifice it honors, and not to the families of vets and other citizens who want to use it to teach their kids about courage, honor, and sacrifice.

3. Government malice: A government run by people of good will — who are true “public servants” — would have immediately reached out to the myriad of private veterans’ groups to keep the memorials open during the shutdown — the line of volunteers to man the memorial, provide tours, and keep the bathrooms clean would have stretched around the block. Between the VFW and American Legion, the memorial could be manned and maintained in perpetuity.

It’s good the government has relented and opened the memorial to Honor Flights, but what about the vets who come with their families, or the families of vets teaching the next generation? The Honor Flights won the day because they, thankfully, had a public platform to make their case, but not every World War II vet visits the memorial on an Honor Flight. The group rightfully won, but shouldn’t a family taking a great-grandfather to D.C. win also?

The president just spoke from a well-prepared stage in Maryland, condemning the shutdown. The money spent on transportation, security, and staging for that event would easily cover the cost of opening our nation’s war memorials for several days.

I’m hopeful that the manifest injustice and obvious malice of the memorial closings will be a clarifying moment for the American people. It’s not 1995 any longer, and we don’t have to depend on the mainstream media to tell the truth. At the ACLJ, we’re considering litigation, but litigation will be unnecessary if there is a sufficient — and proper — public response.