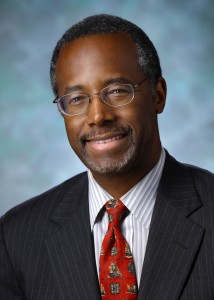 IRS Abuse:  It doesn’t take a brain surgeon to know that the IRS audit of Dr. Ben Carson can’t be a mere coincidence.

In any powerful syndicate, the capos know who to whack without the godfather ordering it. The only way the FBI could put Gambino crime family boss John Gotti in prison was to bug an old lady’s apartment in New York’s Little Italy and record him giving orders to kill.

But until the FBI bugs the West Wing of the White House, or the Treasury building next door, or the Internal Revenue Service’s headquarters a few blocks to the southeast, we might never know the exact origin of America’s tax collectors harassing President Obama’s political adversaries.

Maybe there was never an explicit order. Considering the threat of being overheard, it’s part of the job of the capos to know what the boss wants and make him happy by giving it to him without him even having to ask.

The IRS and the Obama administration are on the same page when it comes to big government: Tea Partiers and other conservatives threaten the massive state they love, and the IRS’ powerful army of bureaucrats is a pretty handy weapon for use against them.

In the already blossoming IRS scandal, political organizations’ applications for tax-exempt status were delayed or denied during last year’s presidential campaign, and well into this year, simply because their names sounded too conservative. The IRS audit of renowned neurosurgeon Carson looks like exactly the same kind of abuse, and it must be subject to a formal independent investigation.

Carson on Wednesday told Fox’s Bill O’Reilly that the IRS began examining his real estate holdings after his speech to the National Prayer Breakfast in February, in which he used tithing in the Bible to make a compelling case against progressive taxation. A humiliated Obama sat steaming a couple of seats away.

The black Detroit-born son of a single mother, who rose from poverty to the top of the medical profession, added, “Now some people say that’s not fair because it doesn’t hurt the guy who made $10 billion as much as the guy who made $10. Where does it say you have to hurt the guy? He’s just put in a billion in the pot. We don’t need to hurt him.”

Carson recounted that ultimately the IRS conducted a full audit on him, finding no violations. Before giving his speech critical of Obama, the tax agency had never bothered the 62-year-old doctor.

Asked by O’Reilly if he thought he was targeted because of his politics, Carson said, “Whether that was the case or not, the fundamental issue here is that the freedom of our citizens is being threatened.” He called IRS politically driven abuse a “much more serious thing than Watergate or Iran-Contra or Benghazi-gate. Freedom of speech — freedom of expression — is one of the major principles of our country.”

This is not a coincidence, any more than awakening with a severed horse’s head in your bed after being made “an offer you can’t refuse” is.

Someone — either within the IRS bureaucracy or above it — saw what Carson did, didn’t like it, and decided to make him pay. The American people must know who it was.

And there are two other crucial points to the victimization of this man who personifies the American Dream.

First, when a government is as big as ours has become, outrageous abuse from the soldiers of its financing machinery is inevitable, especially within a governmental climate that encourages it.

Second, there is no excuse for a president who’s been in office for more than four years failing to ensure that such outrages couldn’t happen.

Whether or not Obama instigated IRS abuse for political objectives, he is responsible for a culture within the bureaucracy that tolerated and even encouraged it.

The editorial board of the Investors Business Daily wrote this op-ed article.