Stealing Elections and Silencing the Opposition 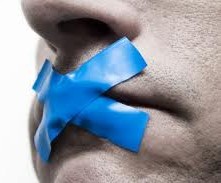 Throughout history, political extremists have attacked their opponents seeking to silence and suppress those with whom they disagree. Some form of bullying is almost always their chief weapon. These extremists invariably try to undermine democracy itself and silence their opposition. This truth has been sadly evident in recent extremist attacks by Van Jones and his group, Color of Change, on the American Legislative Exchange Council (ALEC).

Jones is a former Obama Administration official who resigned after it was revealed that he was a “9/11 truther” who signed a letter demanding an investigation into what the Bush Administration may have done that “deliberately allowed 9/11 to happen, perhaps as a pretext for war.” It was also revealed that Van Jones was an active and self-described communist and revolutionary. I do not make a habit of calling anyone a communist. But Jones has called himself a revolutionary and a communist. This may explain his disregard for the American values of Free Speech and honest and fair elections.

ALEC has written model legislation on hundreds of topics – everything from tort reform to transparency in government. But the legislation that Jones has primarily railed against deals with voter integrity and preventing fraudulent ballots from being cast. Jones and, not coincidently, the Obama Administration both call voter integrity laws “voter suppression.” They argue that voters showing their ID at the polls is such an unfair and weighty burden that it suppresses the votes of minorities. Yet, majorities of every demographic group strongly support voter integrity laws. Virtually everyone understands that voter fraud endangers and dilutes their vote.

The real issue for Jones and his Color of Change organization is making sure that political operatives are left free to cast fraudulent ballots in elections to benefit Obama’s reelection, help Nancy Pelosi regain the Speaker’s gavel, and maintain Harry Reid’s grip on power in the Senate.

Recently, Van Jones and his organization have cynically tried to blame ALEC for the tragic shooting and death of Trayvon Martin. This is not because ALEC is actually responsible, but rather because it helps Jones discredit and silence ALEC and stop its efforts to pass voter integrity measures. Nonetheless, Jones shamelessly asserts that ALEC is to blame for Trayvon’s death because ALEC supports model legislation that allows law-abiding citizens to protect themselves from violent aggressors. But the law does not give to one citizen the right to simply shoot another. That is why we have a legal system. The truth will come out and justice will be done.

But Jones isn’t interested in the truth or justice. He is simply playing a cynical game and seizing upon this tragedy for political gain, calling it a “perfect storm” – again proving that the extreme Left will “never let a serious crisis go to waste.”

Jones has orchestrated an elaborate offensive hoping to defund and silence ALEC by bulldozing its donors into canceling their support. Already, Pepsi, Intuit, McDonalds, Coke, and Kraft have withdrawn their support from ALEC. Jones claims he will continue to target other supporters like Wal-Mart, State Farm Insurance and others.

Jones’ tactics are the equivalent of a high school head coach hiring someone to sabotage the other team’s bus to prevent them from showing up for the scheduled contest. And if the other team somehow manages to arrive for the game, the dishonest coach pays off the referees and scorekeepers to steal a victory despite what actually happens on the field. Such an action would reveal that the coach does not believe his team can win by outperforming the other team. It would also suggest the coach expects to lose a fair competition – so he underhandedly attempts to prevent his opponent from showing up for the contest and if the opponent does show up, he corrupts the system so he can steal the victory anyhow. This is what Van Jones is trying to do.

America is premised on the idea that more speech and more debate are desirable and lead to better results because the best ideas rise to the top. Likewise, America’s system of representative democracy requires honest and fair elections. But if Van Jones gets his way, those who disagree with him will be silenced and our elections corrupted and stolen. This reveals the poverty of his ideas and the frailty of his arguments. This is why every American should oppose his efforts.