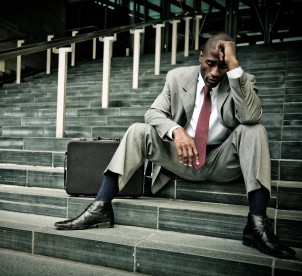 Obama won election more than three years ago, promising to fix America’s economic woes. For the first two years of his presidency, Obama had a willing and compliant Democrat-controlled Congress that unflinchingly did his bidding. Rather than focusing on jobs, he passed a $3.4 trillion federal budget, one-third of which was borrowed money.

Obama and his allies in Congress bragged that they had lowered the deficit and that the economy would soon rebound. However, their “stimulus” bill was more a bail-out to unions than anything else. It did not create the promised jobs. Unemployment has remained historically high for almost four years.

In an implicit admission that his budget busting “stimulus” failed to create jobs, Obama started talking about jobs created and saved as if they were the same thing. This was simply a rhetorical slight of hand to hide the failure of his stimulus. Jobs saved is a fictionalized number and a truly novel approach to hiding abject failure.

Obama and Congress spent and borrowed at a record pace – wasting trillions of dollars and placing the U.S economy in a more precarious position. Then they spent the year trying to pass Obamacare over the objections of the American people. The issue became so toxic that in a special election just one year after Obama won election, Republicans won a stunning victory in liberal Massachusetts filling Ted Kennedy’s senate seat. The GOP also won impressive victories in New Jersey and Virginia – both only one year earlier had voted heavily for Obama.

Claiming to have heard the public, Obama promised to redouble his efforts on jobs and then promptly focused on using procedural chicanery to obtain final passage of the wildly unpopular Obamacare bill. Opposition to Obamacare continues to grow.

Obama still did not focus on jobs. He continued to dither and talk and play golf. Then in the 2010 mid-term elections, Americans voted out an historically-high number of Democrats from Congress and thus sent a message loud and clear that America had had enough. Again, after the 2010 elections, Obama said he heard the American people and would focus on jobs. But he didn’t.

Fast forward to late summer of 2011. As the polls showed Obama’s growing unpopularity and a tough reelection path, he decided to announce that after his vacation, he would talk about jobs. On the last day of August of this year, he gave a speech in which he talked generally about jobs, but didn’t offer a single specific piece of legislation. Later, he promised that after another vacation, he would propose specific legislation on jobs.

After nearly three years of dithering, Obama now runs around the country on a big campaign bus telling Americans he cannot wait for Congress to act and pretending that he’s been on the job for the last three years, but somehow Republicans are delaying. This is a boldfaced lie. The Democrat-controlled Senate rejected Obama’s job bill. In other words, the Republicans didn’t stop Obama’s job bill, the Democrats did.

And why did the Democrat-controlled Senate vote down Obama’s so-called jobs bill? It is just more of the same wasteful spending that they passed in 2009 and that didn’t work. We don’t need more debt. We don’t need more bailouts to banks and unions. We need a strong economy with more jobs.

In its simplest terms, Obama’s plan would increase taxes on working Americans to create more government jobs. That is the failed Greek program to prosperity. They are on the edge of complete economic collapse. Why would Obama follow that example?

What America really needs is private sector jobs and economic growth. That means: (i) more employees who pay taxes so revenue is enhanced without tax rate increases; (ii) fewer people collecting benefits so the burden on taxpayers is reduced; and (iii) no taxpayer dollars are spent creating or maintaining those jobs.

An honest and real jobs program would create a favorable climate for economic growth and job creation by doing at least four simple things. First, reduce government spending so that America does not become another Greek tragedy. No employer can have confidence in the business climate as long as we are speeding toward financial collapse. Second, reform, simplify and reduce taxes to create incentives for building businesses and strong economic growth. Third, reform the regulatory regime to stop chasing businesses, jobs and opportunity overseas. Fourth, expand access to foreign markets so that we can sell American goods and services to the world.

That is a real jobs plan. Sadly, it is one that Obama refuses to support.