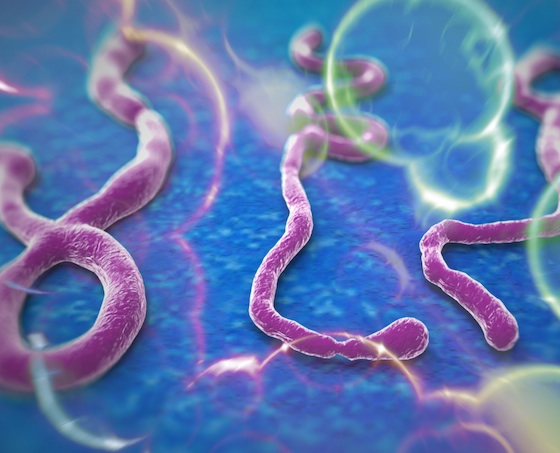 Done. That single sentence would have kept Thomas Eric Duncan, a Liberian who had carried an Ebola sufferer back into her home after she was turned away at a hospital, out of Dallas. While he lied on an airport questionnaire about whether he had had contact with anyone suffering the disease, and while hospital workers blundered badly even though they knew he has been in Liberia, the bottom line is Duncan would not have been in America had the president banned visitors from Ebola-stricken countries. Simple.

Many African countries have instituted such bans, and most Americans think such a ban would be a good idea, according to a recent survey. But Team Obama and his band of incompetent minions argue that shutting off flights from affected countries would “harm” the economy. Absurd.

Mr. Obama’s stunning incompetence filters down to all who work for him (and in many cases, were hand-picked by him). His director of the Centers for Disease Control and Prevention, the incompetent Dr. Tom Frieden, has spent the last few weeks not — as one would expect — ramping up response to the deadly virus, but repeatedly saying there is virtually no threat to Americans.

Then, of course, Ebola landed in the U.S., first at Dulles airport, then DFW. Despite assurances, a nurse contracted the disease, although we were told health care professionals were following the strictest protocol.

On Wednesday, another nurse tested positive. While the CDC claims hospitals are ready for the crisis, the second nurse had flown on a commercial plane the day before she reported developing symptoms of infection. Now, another 132 people may have come into direct contact with the virus — and those people have no doubt had contact with hundreds of others.

Meanwhile, back at the White House, Team Obama is in full panic mode — but only for political reasons. Although the president flew to a fundraiser in Colorado on Sept. 12, 2012 — just hours after four Americans were slaughtered by terrorists — Mr. Obama on Wednesday suddenly canceled plans to attend two fundraisers. He hastily scheduled a meeting on Ebola.

That move followed another on Saturday, when The First Golfer, already in his limo preparing for yet another round of golf, delayed his outing so he could take a phone call from Health and Human Services Secretary Sylvia Burwell. The move was pure politics: He couldn’t very well take that call on the way to the course, and by staying at the White House, he was able to call in the photographers, who moved photos of him “working.”

Ebola is now Mr. Obama’s Katrina. But where President George W. Bush was trying to mobilize thousands of rescue workers and tons of supplies for a surprisingly damaging hurricane, Mr. Obama could have prevented the arrival of a catastrophic illness that had been stomping across Africa for months. With three words: “No one in.”

During August, when Ebola was emerging as a worldwide threat, Mr. Obama was playing golf daily on Martha’s Vineyard. He did not direct his top advisers and Cabinet secretaries to leap into emergency mode. No Drama Obama made it all sound like everything was peachy (while throwing salt in the wound that was Ferguson, Missouri).

But with an election just three weeks away, the president is suddenly engaged. Every day brings more announcements of blue-ribbon meetings on Ebola, more pictures of him hard at work solving the world’s problems (no reporters, so no questions). There was even sudden talk of him going to Dallas to make it all OK.

The White House has repeatedly used one word to describe the administration’s response to the Ebola crisis: “Tenacious.”

The real word that applies though is “mendacious.” Or “fallacious.” Any other claim is audacious.