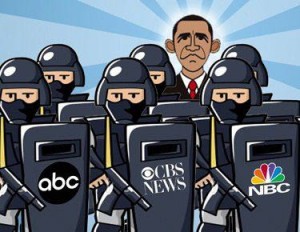 White House journalists are creating an alternative system for distributing their media “pool” reports in response to the Obama administration’s involvement in approving and disapproving certain content in official reports.

A small group of reporters initiated an online forum this month in which they shared “pool” information among themselves, without White House involvement. The forum was set up by the White House Correspondents’ Association (WHCA), which negotiates with the White House’s press staff over access for journalists.

Pool reports — those summaries of the president’s public appearances that go to the news media at large and are used in countless news stories — are filed by a rotating group of journalists whose work is intended to be free of content changes by the White House.

The pool journalists, however, must submit their reports to the White House press office, which distributes them via e-mail to hundreds of news organizations and others. The White House maintains the list of recipients.

Reporters have complained that the Obama White House exploits its role as distributor to demand changes in pool reports and that the press office has delayed or refused to distribute some reports until they are amended to officials’ satisfaction.

But now, some journalists are sharing their White House reporting using Google Groups — the digital service that allows registered users to receive and send information within a closed circle. In an early test of the supplemental system, journalists shared pool information about President Obama’s trip to Chicago this month. The system has been used for “advisories,” such as where the pool is assembling, when another pool report will be issued or whether a correction is in the works.

Nearly 90 journalists, all working for print media, are part of the Google Groups distribution — a small fraction of the estimated 8,000 people, agencies and organizations that receive the “official” pool reports sent out by the White House.

The goal is to create an independent pool-reporting system for print and online recipients, the WHCA members say. TV and radio reporters already have such a system, but print and online reporters — a far larger group than broadcasters — are dependent on the White House to manage and maintain the distribution system.

“Our goal here is to build a supplementary system for the print poolers so they can send out information directly to other reporters whenever they feel they need to, much as the TV and radio poolers do now,” said WHCA President Christi Parsons, who is the White House correspondent for Tribune newspapers.

Parsons said that an alternative system would serve as a backup to the main system in case of breakdowns, such as one that occurred on Inauguration Day in 2009. Such a system also would be faster than going through the White House, she said, given occasional delays in getting reports issued.

But for various reasons, the backup means of distribution is unlikely to supplant the White House system anytime soon.

The key obstacles appear to be not technological but administrative and financial. The WHCA is wary of the cost of taking over all the managerial tasks of the pool system from the White House, which does the job with its own staff at taxpayer expense.

In addition to distributing the pool reports and maintaining an ever-changing list of recipients, the White House press office has several staffers who schedule reporters for pool duty, coordinate security clearances so that they can be in proximity to the president and find substitutes when there are no-shows.

The correspondents’ association would have to hire its own employees to do those jobs if it wanted to take on the assignment itself. The organization is considering increasing its membership fees to hire staffers for such jobs.

Pool reporters rarely break news themselves, but they do provide color and detail about what the president is doing or saying, or with whom he is meeting. Journalists rely on such reports to describe scenes they cannot witness for themselves.

The WHCA said that the White House has more recently been abiding by the organization’s request that press officers send out pool reports without questioning them, even when the reports contain spelling or factual errors. The group made the request in June, when Josh Earnest took over as White House press secretary.

“It’s our responsibility as reporters to make sure the reports are accurate and thorough, and no one should ever assume that the White House is approving or disapproving of the content in any pool report,” Parsons said.

She said that more people would be added to the Google list after an evaluation period. The intent, she said, is that “every journalist who wants information from the print pooler should be able to get it — the same information as everyone else gets, delivered at the same time.”