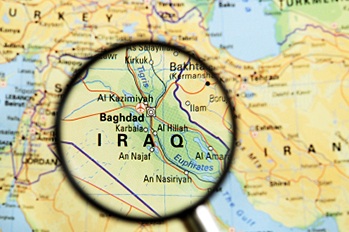 On Sunday, Massoud Barzani, President of Iraqi Kurdistan, called on the international community to provide arms directly to the Kurdish Regional Government to enable it to combat the barbarically brutal Islamic State. Iraq’s Kurds are pro-American. They govern their territory effectively and peaceably, and they are among the most tolerant people in the Muslim Middle East—qualities demonstrated anew, as they provide refuge to the hundreds of thousands who have fled the advances of the Islamic State and who include members of Iraq’s ancient Christian and Yazidi communities, as well as Shi’ite, and even Sunni, Arabs. Arming the Kurds would seem to have been an obvious step long ago, but President Obama insisted on routing U.S. arms through Baghdad and did not change U.S. policy, until after Barzani’s public appeal.

France quickly followed the American lead and will also arm the Kurds, while the British have offered to transport the new weapons destined for the Kurdish fighters. Yet it remains unclear whether the Kurds will get the arms they need, in the quantities they need. Nor does Obama seem to have any real strategy for confronting the threat that the Islamic State poses.

Iraq’s central government long stinted the Kurds on their share of U.S. arms, but Baghdad ended the delivery of all such equipment in December. Meanwhile, the Islamic State was much bolstered by its seizure of large quantities of U.S. arms in June, when it routed the Iraqi army, as it captured a large swathe of territory in the north, including Mosul, Iraq’s second largest city. The militants of the Islamic State now have better, heavier, and more advanced weapons than the Kurds.

The Obama administration was inhibited in arming the Kurds for several reasons. One is that it placed a higher priority on formally maintaining Iraq’s territorial integrity than fighting the Islamic State. Thus, it insisted on funneling Kurdish weapons through Baghdad. So the Kurds did not get U.S. weapons and had to fight the Islamic State with inferior equipment, costing the lives of Kurdish fighters and Iraqi civilians.

Nor are Obama’s objectives clear. On Thursday evening, shortly before leaving for his Martha’s Vineyard vacation, Obama belatedly responded to the growing danger from the Islamic State. He announced that U.S. forces would provide humanitarian airdrops to the throngs of Yezidis trapped on Mt. Sinjar and launch targeted—i.e. pinprick—strikes on the forces of the Islamic State threatening Irbil, the Kurdish capital, where there are many Americans and the U.S. maintains a consulate. But what is the longer term goal? Even before the latest crisis, Iraqi Kurdistan hosted a very large number of refugees from Syria and other areas in Iraq: over 500,000—a figure the U.N. High Commissioner for Refugees called “staggering,” as he praised the “generosity and solidarity” of the Kurdish people and government, who were “receiving all these people and sharing with them everything they have.” What is to happen with these refugees, who now number one million?

And what about the threat the Islamic State poses to America and its allies? U.S. intelligence reports indicate that militants are leaving al Qaida affiliates in Yemen and Africa and joining the Islamic State, attracted by its recent successes. And what if al Qaida’s losses to the Islamic State spur it to new attacks on U.S. targets in order to regain its fading glamor? In national security matters, Obama prefers limited, half-hearted measures, but the only policy that makes sense is one of inflicting maximal damage on the Islamic State, with the objective of defeating it. The utility of air strikes in inhabited areas is limited, because of the civilian casualties they cause, but in the open desert, air strikes can be extremely effective. Other possible U.S. measures against the Islamic State include intelligence-sharing with Kurdish forces; providing combat air controllers to optimize the targeting of airstrikes; as well as sending teams of military advisers to assist Kurdish fighters.

When journalists pressed Obama to explain why he had earlier dismissed the Islamic State as “a jayvee team,” involved in “local power struggles and disputes,” he responded, “Their advance . . . has been more rapid than the intelligence estimates and the expectations of policymakers.” That is a sobering statement about the limits of U.S. institutional knowledge about the intentions and capabilities of any particular terrorist group. It also raises serious questions about our understanding of the enemy some 13 years after the 9/11 attacks. Why isn’t our understanding better, particularly as we have been fighting this war for so long?

Finally, it almost goes without saying that Obama has been constrained in responding to the Islamic State by his earlier inaction in Syria and by the fact that his first presidential campaign was based on his opposition to the Iraq war—the only Democratic candidate who could claim to have opposed OIF from the start. Yet Obama must be made to recognize that he cannot now allow that baggage to inhibit him from decisively confronting the threat from the Islamic State.

Laurie Ann Mylroie, Ph.D. is an adjunct Senior Fellow with Frontiers of Freedom specializing in the Middle East. She has recently returned from Afghanistan where she provided cultural advice to the U.S. Military.