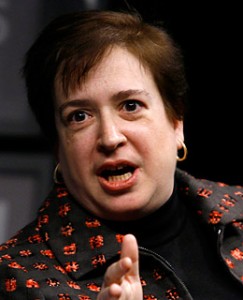 There is a lot of talk about whether United States Supreme Court Associate Justices Clarence Thomas and Elena Kagan should recuse themselves from considering the constitutionality of President Barack Obama’s Patient Protection and Affordable Care Act (commonly known as “ObamaCare”). Let’s take a look at the facts.

Title 28 of the United States Code provides standards for disqualification or recusal of a federal judge. Section 455(a) states that a federal judge “shall disqualify himself in any proceeding in which his impartiality might reasonably be questioned.” The operative word is “reasonably.” For political reasons it is not hard to imagine that demands for recusal will be made where a justice’s impartiality is unreasonably challenged simply because the party making the challenge surmises that the judge will not be receptive to their position. Clearly, such calls for recusal must be ignored. Otherwise, virtually no justice could ever hear a hotly disputed case.

Section 455(b) lists several other grounds for disqualification. Chief among them is that a “judge shall also disqualify himself … Where he has served in governmental employment and in such capacity participated as counsel, adviser or material witness concerning the proceeding or expressed an opinion concerning the merits of the particular case in controversy”; and when the judge or a member of his immediate family has a financial interest in the outcome of the proceeding.

In the calls for Justice Clarence Thomas to recuse himself, the claim is that his wife has been employed by conservative public policy organizations that opposed ObamaCare. Their argument is that since she was an employee of an organization that opposed the legislation, Justice Thomas has a financial interest in the outcome of the proceeding. However given the history of these provisions, it is rather clear that neither Clarence Thomas, nor his wife, have any financial interest in the outcome. In fact, fundraising for the public policy organization that opposed ObamaCare and employed Mrs. Thomas will likely raise more money fighting against ObamaCare for the next several years through legislative battles than if the Supreme Court strikes it down in one fell swoop. The bottom line is that Mrs. Thomas’ non-profit salary was not, and is not, dependent on the outcome of the case.

The calls for Clarence Thomas to recuse himself from this case are without merit. Even former liberal Supreme Court Justice John Paul Stevens has said, “I wouldn’t think there’s any possibility that any of the activities of Mrs. Thomas have had any impact on the analysis of Judge Thomas.” And liberal Justice Stephen G. Breyer labeled calls for Thomas to recuse himself a “false issue.” Both are correct.

Now let’s turn to the claims that Associate Justice Elena Kagan should recuse herself. The real issue boils down to did she “serve in governmental employment and in such capacity participated as counsel [or] adviser … concerning the proceeding or expressed an opinion concerning the merits of the particular case in controversy?”

Before President Obama appointed Ms. Kagan to the Supreme Court, she worked at the Department of Justice as the Administration’s Solicitor General, the government’s top lawyer before the Supreme Court. If Kagan were still working at the Justice Department, she would be the lawyer arguing that ObamaCare is constitutional, rather than a judge hearing and deciding the case.

During her confirmation hearing, Kagan was asked if she had offered or been asked her opinion on the health care law or its underlying constitutionality. She answered, “No.” She said that if she were “substantially involved in any issue while working as the Solicitor General,” she would recuse herself. However the statute does not require “substantial” participation – she added the word “substantial.”

Here is what we currently know about her “participation as counsel” concerning ObamaCare. Kagan admitted in writing attending at least one meeting in which Obama’s lawyers discussed how to defend ObamaCare against claims that it was unconstitutional. However, she minimizes the extent of the discussion and her participation thereafter.

However, there is good reason to doubt her minimalistic characterizations. While the Justice Department has been generally uncooperative with congressional requests for more information, some information has come to light that casts serious doubt on Kagan’s claims of minimal involvement. Kagan received a number of e-mails that were discussions among Obama’s top lawyers about how to defend ObamaCare. Additionally, e-mail records revealed that Kagan said she wanted her office to be a part of these discussions.

On March 21 2010, Kagan and her deputy, Neal Katyal, had an extended e-mail exchange whose subject line was “Health care litigation meeting” and said, “It sounds like we can meet with some of the health care policy team tomorrow at 4 to help us prepare for litigation… I think you should go, no? I will, regardless, but feel like this is litigation of singular importance.” And when her deputy got specific about whether Kagan should attend, Kagan cut off the e-mail communication and responded, “What’s your phone number?” Katyal sent his phone number and the e-mail communication stopped. Interesting that she didn’t want an e-mail record of this part of the conversation.

That same day, Ms. Kagan responded to an e-mail from Laurence H. Tribe with the subject line “fingers and toes crossed today!” Ms. Kagan expressed great enthusiasm for ObamaCare, “I hear they have the votes, Larry!! Simply amazing.” Note the two exclamation points! Sounds like she’s pretty jazzed about the likely passage of ObamaCare.

Two weeks after the Senate passage of ObamaCare, a senior counsel at the Justice Department emailed Kagan’s deputy, Katyal, to suggest putting together “a group to get thinking about how to defend against the inevitable challenges to the health care proposals that are pending.” Katyal’s reply e-mail said, “Absolutely right on. Let’s crush them. I’ll speak to Elena [Kagan] and designate someone.” Later that day, Katyal responded again via e-mail: “Elena would definitely like OSG [Office of the Solicitor General] to be involved in this set of issues. I will handle this myself … and will bring in Elena as needed.”

It is becoming more and more difficult to argue that Elena Kagan didn’t in her capacity as a high ranking government lawyer participate as counsel or adviser concerning the constitutionality of ObamaCare. It is also appears increasingly unlikely that she did not express an opinion concerning the constitutionality of the law. And the Obama Administration’s reluctance to provide a full accounting of the relevant communications is particularly troubling. This does not pass the sniff test.