On The Fourth of July, We Celebrate the Uniqueness of America — Defined in the Declaration of Independence 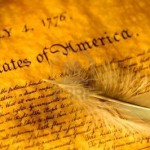 On the Fourth of July we proudly celebrate the day 13 colonies became states and those states became a nation. But there was far more going on.

When drafting our Declaration of Independence, Thomas Jefferson could have written solely about the need to replace a despotic king with a just one – the issue of his day. Jefferson could have left off the promise of respect for every individual’s “unalienable rights” to “life, liberty and the pursuit of happiness.” But he didn’t.

Unlike any other nation, America was founded on a promise that, no matter who you are or where you’re from, you will have the opportunity to pursue your dreams – your happiness – free from government oppression. It was a promise no other nation had ever made.

END_OF_DOCUMENT_TOKEN_TO_BE_REPLACED 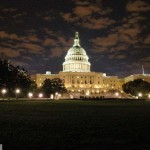 Protect and pass on lovingly that shining city on a hill. 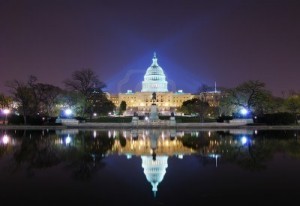 The gnawing dullness of Carter’s malaise had pretty well set in by late 1980. Ronald Reagan’s growing, optimistic campaign for the presidency culminated with his clear “Vision for America” described in an election eve address on November 3, 1980.

With a gentle touch, Reagan began, “The election will be over soon, autumn will become winter, this year will fade into next . . . and yet, the decisions we make tomorrow will determine our country’s course through what promises to be one of the most perilous decades in our history.” END_OF_DOCUMENT_TOKEN_TO_BE_REPLACED