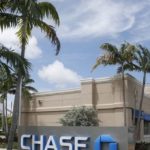 The Wuhan Flu’s impact on the U.S. economy is self-evident — and not just because we’ve seen three years’ worth of stock market gains wiped out in three weeks’ time. There’s a human cost, not just for the people who’ve become sick and for those who didn’t recover but for everyone whose life has been turned upside down.

Congress and President Donald Trump have thus far managed to enact several economic stimulus proposals, none of which have been perfect but all of which have been necessary. That process stopped over the weekend when House Speaker Nancy Pelosi’s demanded — and Senate Democrats bowed to her wishes — that every item on her party’s wish list be included in the latest package.

That fight may be resolved, or everything may freeze where it is. What that means, as the global pandemic spreads and we work out what to do, is uncertain. The already approved plan to move Tax Day to July 15 is a winner. So is the proposal to suspend payroll tax collection through the end of the year, retroactive to March 1. That plan, authored by Steve Forbes, Art Laffer, and Stephen Moore would give business a temporary but immediate 7.5 percent reduction in the cost of each worker and give each worker a temporary but immediate 7.5 percent increase in pay.

The big issue for many, especially those in the upwardly mobile middle class, is the burden imposed by home mortgages. For most families it’s their single biggest expense each month. And if one or both parents aren’t working because their workplace has been shuttered as part of government-mandated efforts to slow the spread of COVID-19, lots of people may be thinking they might lose their homes.

That’s a fear the Washington politicians must face head-on. This probably means some form of forbearance for homeowners by taking actions to persuade mortgage providers to allow a reduction or temporary halt in monthly mortgage payments.

To lessen such a burden for needy Americans, any attempt to do this must also ensure continued liquidity for certain companies that lend to borrowers, through no fault of their own, most in danger of financial collapse. A consumer level pause on mortgage payments does not, however, alleviate of lenders the requirement they pay what is owed to those underwriting the mortgages in the first place.

For the so-called big banks, forbearance would likely not pose any real short term risk. Thanks to Dodd-Frank, they’re sitting on huge capital reserves that can be leveraged against any cash-flow concerns a temporary lull in payments might create.

This would be a huge step, many would say in the wrong direction, especially if the government or the Federal Reserve ordered the big banks to do it. That’s in part because nearly half of all mortgages are now held by what are called non-depository lenders.

There are lots of reasons for this. One is convenience. Another is the big banks’ increasing unwillingness to play in the mortgage market. And some credit-worthy applicants are simply unable to meet the mandatory threshold for credit, income, and/or other factors necessary and must go elsewhere.

Non-depository institutions accept applicants whose circumstance impose a slightly higher risk. Their mortgages are made available to those buying a first house, providing for children in a single-parent home, and veterans returning from active combat and transitioning back into civilian life.

These lenders, which include firms like AmeriSave, Reali Loans, and Freedom Mortgage, provide mortgages to Americans who would benefit most from forbearance as the jobs in their sectors of the economy are most at risk in the slowdown the pandemic has triggered. Unfortunately, these lenders do not have the same degree of liquidity as the big banks and would be disproportionately affected by a mortgage payment moratorium.

If lenders are ordered to offer forbearance as a form of financial support to borrowers, as many expect Congress will do in one form or another, then additional liquidity for non-depository lenders must be provided alongside what the big banks will receive.

It’s undeniable things have improved for lenders and consumers since the sub-prime mortgage crisis almost took the U.S. economy down in 2007. Still, that led to a bailout of a size and scope we should not routinize, even if the funds were mostly paid back. This time big banks may be hoping to recoup their losses by scarfing up assets of failed non-depository lenders that crash once their income stream stops. The “big boys and girls” should look elsewhere, perhaps to the overages on their balance sheets, and Congress should make sure this happens.

The choice of rates and options provided by the big banks’ competitors is a net positive for consumers and the overall economy. Forcing their collapse while saving the name-brand institutions who’ve already been bailed out once would be a major mistake. 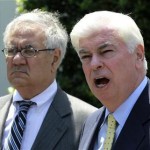 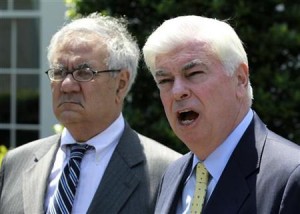 Credit unions serve an important source of credit for consumers and small businesses.  Historically this has been especially true during economic downturns, when the banking industry either tightened or in other ways limited credit.   END_OF_DOCUMENT_TOKEN_TO_BE_REPLACED