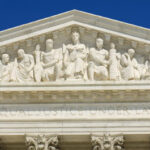 Larry Dean is not as famous as he deserves to be but, as the man who developed the code that allows automatic teller machines to accept cards from other banks and outlets, he birthed a revolution in banking that forever changed the way people shop and get cash. His innovation allowed debit cards to function like credit cards, taking money directly from accounts and pushing the nation and world closer to a cashless economy.

Dean’s innovation made banking easier for millions. The application programming interfaces – the APIs – he developed were protected by copyright, meaning his intellectual labors produced great wealth. Outside Atlanta, he built Dean Gardens, a 33,000 square-foot, 15-bedroom home was so extravagant the annual up-keep alone cost $1.5 million. Infamous for the iconic “Liberace Meets Napoleon” style later imposed by Dean’s son – who lived there until 1994 – it featured a Moroccan theater, 24-karat gold sinks, a gallery of Hawaiian art, 13 fireplaces, an 18-hole golf course, and a 14-seat dining room whose most prominent feature was a wall-sized aquarium known as the “Predator Tank.”

This monument to conspicuous consumption, which might have given even pre-presidential Donald Trump pause, was bulldozed into rubble ten years ago. What endures is his code which, thanks to a legal push by Google seeking to eliminate the copyright protections coders enjoy for the APIs they develop might make innovators like Dean a thing of the past.

Whether that happens is in the hands of the United States Supreme Court which, in a matter of weeks will finally hear oral arguments in the matter of Google v. Oracle, a landmark case that will decide the course of intellectual property development going forward. If a majority of the justices side with Google, then future innovations like what Dean wrought will likely be few and far between.

The case stretches back over a decade. At one time, hard as it may be to believe, Google was losing out to BING in the critical mobile search engine market while the Apple iPhone was beating its brains out in the competition among smartphones.

Seeking to improve its competitive position, Google took 11,500 lines from Java’s API coding which the company used to pay to use to construct the Android mobile operating platform, installing its search engine as the default option. As Android grew more popular, so did the Google search engine, creating a boom for the company without, the suit alleges, paying licensing fees for the use of Java to its owner Oracle.

Google does not dispute it took the code. What its briefs do argue is that these types of software APIs may not be copyrightable and, even if they are, that Oracle cannot force them to pay for using it because what it did is covered under the fair use doctrine – and copyright law exception often used when news stories are reposted and circulated for comment but seldom in commercial situations.

As even those who are not lawyers may recognize, Google’s interpretation of the copyrightability of software and the fair use doctrine as applied in this situation cannot be sustained by historical and legal precedent or by common sense, not that it bothers the biggest of big tech very much.

Google’s layers have already admitted the company “doesn’t care much about precedent or law” when it comes to copyright. When the company didn’t like the licensing terms offered to it by Sun Microsystems (then the owner of Java) Adam Rubin, the father of Android, bluntly wrote in an e-mail the company would simply “do Java anyway and defend our decision, perhaps making enemies along the way.”

Being big doesn’t allow you to ignore the law. Google’s lack of concern for intellectual property doesn’t come as a surprise – some have argued its business model depends on using the IP of others without paying for it. And the court would do well to note that others have made similar complaints in the past including the American Association of Publishers, which settled a case alleging Google has posted books online with the permission of the authors, a lawsuit by PayPal arguing an ex-employee turned over trade secret IP used to construct Google Wallet, and a suit settled with Viacom over videos posted without permission to YouTube.

These issues persist, in part because of the lack of clarity in the law protecting intellectual property and because the white shoe lawyers employed by big tech make fortunes of their own finding, exploiting, even creating loopholes that end up exploiting consumers and inventors alike. The Supreme Court is being asked to slam the door on this kind of exploitation and should.

No one likes government interference in the marketplace or the court making law from the bench but that is not what a decision favorable to Oracle would do. A decision favorable to Google would set a precedent adversely affecting software development and every other industry that relies on innovation and creativity to maintain and enhance its market petition. For the sake of private property and our nation’s founding principles, the court must come down firmly on the side of protecting intellectual property rather than affirm the idea that loopholes exist allowing big tech to take the innovations of others for their use without compensation or consent. That’s not the American way.

Coalition Sounds off to Congress: Get in Tune on the Music Modernization Act 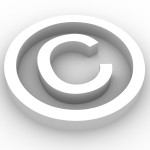 Today Americans for Tax Reform, along with a number of center-right organizations, sent a letter to members of the House of Representatives in support of the Music Modernization Act, which will update copyright law benefiting America’s creative community.

The Music Modernization act ensures that music creators get paid for their work, and makes it easier for streaming services to find and compensate artists. The Act will also create protections for sound recordings that were made before 1972 that currently do not have federal copyright protection. This helps the creators of these works receive long overdue royalties.

Congressman Doug Collins (R-GA) introduced the Music Modernization Act in December. The Bill is pending in the House Committee on the Judiciary. END_OF_DOCUMENT_TOKEN_TO_BE_REPLACED 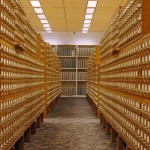 The intellectual property represented by copyrights has always been important — important enough that our Founders specifically addressed it in the Constitution in Article 1, Section 8 saying that Congress shall have the power “To promote the Progress of Science and useful Arts, by securing for limited Times to Authors and Inventors the exclusive Right to their respective Writings and Discoveries.” END_OF_DOCUMENT_TOKEN_TO_BE_REPLACED 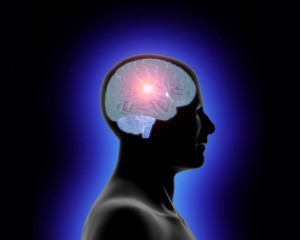 Securing protection of American intellectual property (IP) rights internationally is an economic imperative. It is also a constitutional duty. In today’s information economy, copyrights and patent rights provide critical financial investment incentives for research and development of new products and services. And IP constitutes a potent source of economic value and prosperity. According to an official U.S. Department of Commerce report, IP-intensive industries in America generated an estimated $5 trillion in revenues in 2010 alone, providing over 27 million jobs. Since then, those figures almost certainly have grown. Another report estimated that the copyright industries alone contributed $1.1 trillion in value added to the U.S. economy and employed nearly 5.5 million workers in the U.S. in 2014.

As IP becomes increasingly vital to our nation’s wealth and prosperity, the need to ensure its protection on a global basis increases correspondingly. The American economy suffers staggering losses each year to international IP theft. According to the IP Theft Commission (2013), these losses likely exceed $300 billion annually. IP theft is an injustice to the IP owners, diminishes economic prosperity, and undermines job opportunities. Indeed, this is a reason why it is so important to conclude international trade agreements, such as the recently-negotiated Trans-Pacific Partnership, that contain meaningful intellectual property protections. END_OF_DOCUMENT_TOKEN_TO_BE_REPLACED

Why impose a 1908 “First Sale” Rule on a Modern and Evolving Internet-based Marketplace? 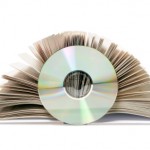 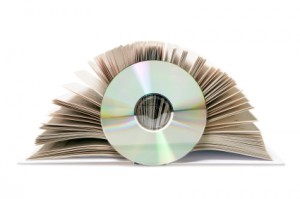 “Copyright law has historically protected the right of the creator to exclusively distribute their work. This is important because it gives creators the ability to profit from their creation which incentivizes creativity and promotes “the Progress of Science and useful Arts” as contemplated by the Founders in the Constitution.

“In 1908, a limited exception – known as the “first sale doctrine” – was established to a copyright owner’s exclusive right to distribute his work. This exception allowed consumers to sell physical objects that contained copyrighted material. This is why it is legal to resell books, DVDs and CDs. END_OF_DOCUMENT_TOKEN_TO_BE_REPLACED

The Copyright Alert System is Working 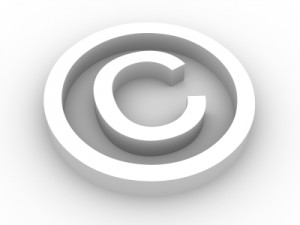 George Landrith, President of Frontiers of Freedom, made the following statement on May 28, 2014 about the Copyright Alert System:

“The Copyright Alert System (CAS) is a voluntary initiative between leading Internet Service Providers (ISPs) and copyright holders designed to reduce pirating of digital material — often music, movies and shows. The CAS uses a progressive series of six graduated notifications aimed at educating consumers when unlawful pirating appears to be occurring on their servers or accounts. The good news is that this voluntary effort is working. END_OF_DOCUMENT_TOKEN_TO_BE_REPLACED