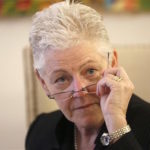 In 2012, the Obama Administration pushed through a dramatic increase in Corporate Average Fuel Economy (CAFE) standards — jumping the fleet average mileage mandates to 54.5 miles per gallon by 2015. At the time, it was agreed there would be a mid-term review before 2018 to determine if the new CAFE standards were feasibly possibly in the time frame required. However, now the Obama Administration and the EPA just announced that there will be no midterm review and that intends to impose the 54.5 miles per gallon mandate regardless of the feasibility or impact. END_OF_DOCUMENT_TOKEN_TO_BE_REPLACED